Budget 2021: Considered to be the lifeline of the country, Railways saw several firsts in 2020 such as passenger operations coming to a halt due to coronavirus pandemic, management restructuring, and kick-starting the process of privatising passenger trains among others 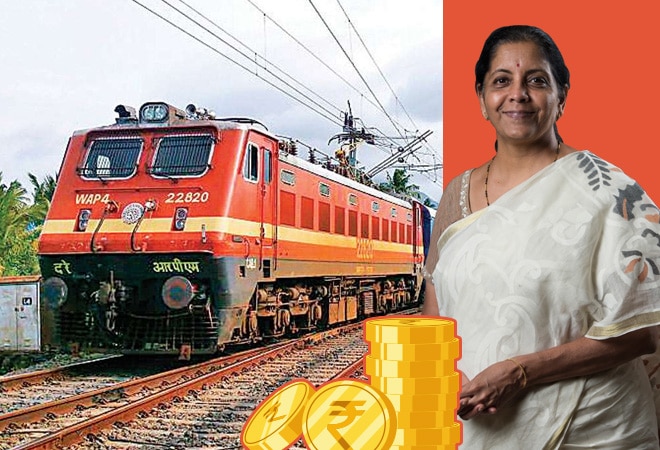 Indian Railways, which is among the world's largest rail networks, has come a long way since it was nationalised in 1951. The national transporter is upping its game gradually by offering shorter delivery times and efficiency as well.

Considered to be the lifeline of the country, Railways saw several firsts in 2020 such as passenger operations coming to a halt due to coronavirus pandemic, management restructuring, and kick-starting the process of privatising passenger trains among others.

The year came with an added set of challenges for the national transporter, already reeling under extreme financial pressure. Although the Railways faced several COVID-related disruptions in 2020, it managed to stay afloat.

Despite the crisis, the national transporter continued to hold its own and provided several services, especially special trains it ran for migrant labourers stranded across various parts of the country.

The Ministry of Railways may propose some measures to revive IRCTC's (Indian Railway Catering and Tourism Corporation) revenue manifold. The tourism and catering wing of Indian Railways is mulling a novel scheme under which it may introduce ready-to-eat meals on the lines of airline services. IRCTC has already joined forces with big food brands such as ITC, Haldiram, Wagh Bakri, and others to execute this plan.

Announcement related to railway infrastructure upgradation is also expected to be addressed in the Union Budget 2021.

Besides this, allocation towards the production-linked Incentive (PLI) scheme will be keenly watched. The scheme, which was announced for 10 key sectors, if expanded to additional sectors such as developing railway infrastructure, will help in job creation, which in turn will help the economy a great deal. This is because the Indian Railways is a major employment generator in the country. The national transporter expects Finance Minister Nirmala Sitharaman to earmark sufficient funds to help it supplement its internal revenues.

If given the right impetus in the upcoming budget, Indian Railways can be pivotal in ushering in transformational changes across all areas of its operations and management.