From printing to team behind FM Sitharaman's third budget; all you need to know

Union Budget 2021: It will be the first time since the presentation of independent India's first budget on November 26, 1947,  the documents will not be printed due to coronavirus pandemic and will instead be distributed electronically to the MPs 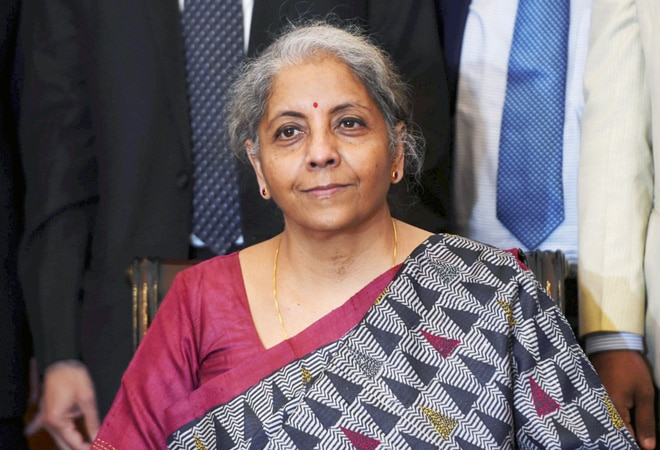 Budget 2021: It will be the first time since the presentation of independent India's first budget on November 26, 1947, the documents will not be printed due to coronavirus pandemic

Union Finance Minister Nirmala Sitharaman will be presenting India's budget for the third time. The Budget session of the Parliament will begin on January 29 with the address of President Ram Nath Kovind. And, on February 1, FM Sitharaman will be presenting the Budget in the Parliament. The budget session will be held in two parts from January 29 to February 15 and March 8 to April 8.

It will be the first time since the presentation of independent India's first budget on November 26, 1947,  the documents will not be printed due to coronavirus pandemic and will instead be distributed electronically to the Members of Parliament (MPs). All MPs will get soft copies of the budget and Economic Survey that contains an account of the state of the economy.

The Budget for FY22 will come on the backdrop of an economic contraction of 7.7 per cent, the first time in the history of independent India. Hence, there are great expectations from the upcoming Budget, which could provide a healing touch to the pandemic-battered economy and push growth.

The making of India's union budget kicks off with a customary ritual, called the 'halwa ceremony', where a sweet dish named 'halwa' is distributed among the Ministry of Finance's staff. Soon, after the halwa gets served among the officials who are tasked with printing the budget are kept in total isolation to maintain complete secrecy in the North Block.

It's not just the officials from the finance ministry who are secluded inside the basement before the budget is made public, some legal experts from the law ministry, Central Board of Direct Taxes (CBDT), the Central Board of Excise and Customs (CBEC) officials are also taken in. A few days before the Budget speech, a few Press Information Bureau officials are also sent to the basement to churn out press releases.

Although, this year, the budget won't get printed,  previously, the printing of the government's annual statement used to take around a week to ten days of time.

Blue Sheet, a secret sheet, is maintained during the Budget preparation process. The Blue Sheet is called so as the colour of the sheet is blue. The Blue Sheet comprises significant numbers from the Budget and is constantly updated throughout the process of Budget formulation. The secrecy of the Blue Sheet is entrusted to the Joint Secretary of the Finance Minister. In fact, the FM is also not allowed to carry the Blue Sheet out of the North Block. Only a handful of very senior officials get to actually see the Blue Sheet.

Additionally, to prevent any cyber theft, the e-mail facility on the computers of the finance ministry gets blocked as the budget day approaches. The computers inside the press area are delinked from the National Informatics Centre (NIC) servers.

The Delhi Police, as well as, Intelligence Bureau keeps a close watch on movements of finance ministry officials.

Budget 2021: FM Nirmala Sitharaman to present Union Budget at 11am