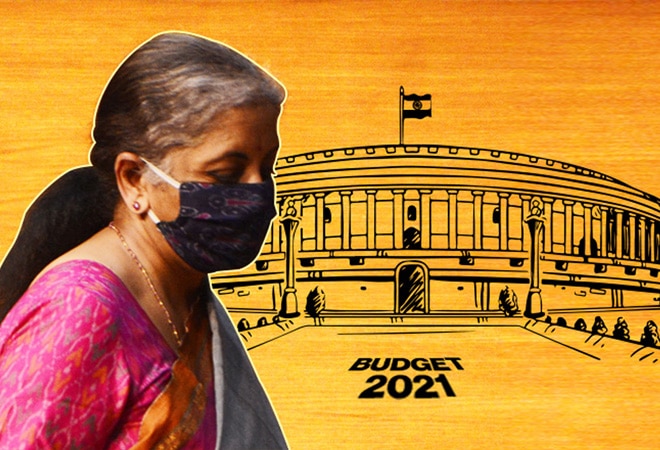 Finance Minister Nirmala Sitharaman is set to present her third budget, touted to be one of the most challenging following the coronavirus pandemic that has plunged Indian economy into a recession.

The task is cut out to revive growth. The finance minister is being assisted by a team of advisers and secretaries in making Union Budget 2021 tasked with the mission to pull the economy from the deep abyss.

Ajay Bhushan Pandey, who was recently elevated as the finance secretary, has been one of the most trusted bureaucrats in the Modi government. Pandey charted the Centre's policy response through the months that followed the lockdown, which comprised three stimulus packages announced by FM Sitharaman.

He initially joined the finance ministry as revenue secretary before being elevated to the post of finance secretary. Pandey, who has been credited with easing the compliance burden on taxpayers by extending tax deadlines, also plugged GST evasion by clamping the registration and introducing e-invoicing in phases. The upcoming budget, which will be the last one before he retires, will be a litmus test for him and his team.

With an experience of more than 31 years in public policy and administration, Tarun Bajaj has worked closely in the areas of finance and industry. He assumed charge as economic affairs secretary in May last year [which year is this?], at a time when the economy witnessed its worst growth contraction in the wake of the coronavirus pandemic.

Bajaj worked at PMO (Prime Minister's Office) before being assigned to the Finance Ministry and has been seeking regular feedback from the industry in the process of framing Budget 2021. Soon after assuming charge as economic affairs secretary, Bajaj increased the country's borrowing programme to Rs 12 lakh crore.

The Department of Economic Affairs, which is under him, has been working on some key policies, comprising privatisation of PSUs (Private Sector Undertakings). While framing this year's budget, Bajaj's main task would be to identify focal sectors where the government can allocate funds to boost economic growth.

TV Somanathan played a key role in reviving demand when economic activity came to a stalemate in the wake of the coronavirus-induced lockdown in the first quarter of FY21. Dealing with sparse budgetary resources, the expenditure secretary ensured that there were no spending restraints for pivotal sectors.

Said to have the pulse on the ground, Somanathan, a 1987-batch IAS officer from the Tamil Nadu cadre, imposed spending constraints at the beginning of the year in order to save funds after tax collections were struck by the COVID-19 pandemic.

Despite a deep slump in tax revenue, Somanathan paved way for an additional Rs 25,000 crore budgetary allocation for capital expenditure (CAPEX) on defence, infrastructure, urban development, roads, water supply, and locally-produced capital equipment in October. The expenditure secretary was also the main driver of the three stimulus packages announced by the government so far as well as the sector-specific production-linked incentive schemes to push manufacturing.

Somanathan's role will be critical in Budget 2021 on account of coronavirus-related expenditure, comprising those to be incurred in vaccination. His biggest task will be to increase healthcare spending as a percentage of GDP and bring in greater transparency in deficit numbers by giving details on off-budget expenditure.

TK Pandey, who is an Odisha cadre IAS officer of 1987 batch, has set the ball rolling for the government's privatisation drive, which got disrupted due to the COVID-19 pandemic. The government is expected to miss its ambitious Rs 2.1 lakh crore divestment target for FY21.

From beleaguered Air India to sale in profit-making, PSUs such as BEML, BPCL, and Shipping Corp, the DIPAM secretary (Department of Investment and Public Asset Management) will play a key role in Centre's plan to raise funds for economic revival. Pandey's major challenge is to conclude the sale of Air India and Bharat Petroleum Corporation as well as readying a mega IPO for LIC (Life Insurance Corporation).

The 1987 batch IAS from UP cadre, who played a major role in the resolution of Yes Bank and Lakshmi Vilas Bank, will need to focus on financial sector reforms, ensure enough funds for recapitalisation of banks, tackle the likely rise in NPAs of public sector banks once the RBI mandated relaxations get over, and chart the future of state-run banks through privatisation.

As Finance Minister Nirmala Sitharaman has already mentioned that weak banks are privatisation candidates, Panda will have to ensure legislative changes in order to facilitate the process. Besides, he will also lead amalgamation mergers, or privatisation of public sector banks, once the new privatisation policy is announced by the government.

He has until now presented two Economic Surveys. Subramanian, a PhD in financial economics from the University of Chicago Booth School of Business, has in the past defended an investment-led revival in the economy.