Budget 2021: Sitharaman delivered on promise of 'Budget like no other', says Uday Kotak

The Budget ticked all the right boxes which would strengthen the path of recovery of the economy. This is a budget catering to all aspects of lives, livelihoods and growth, said Kotak 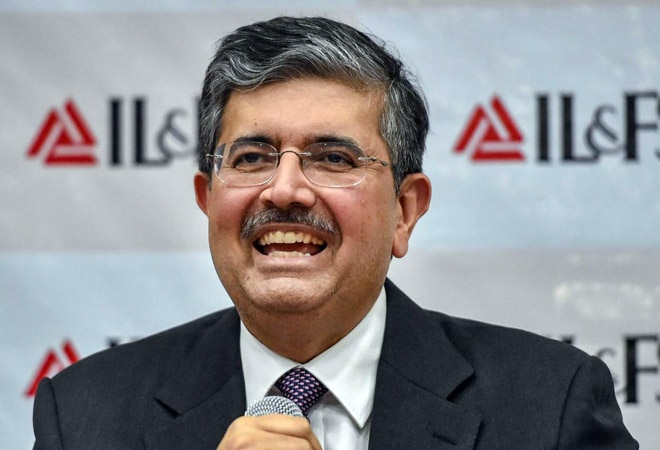 CII President Uday Kotak praised Centre's Union Budget 2021-22 saying that it is a budget for growth with next-generation reforms. Kotak stated that Finance Minister Nirmala Sithararman delivered on her promise of launching a "Budget like no other".

"Delivering on her promise of unveiling a 'Budget Like No Other', the Finance Minister announced a raft of prudent measures aimed at rejuvenating government spending towards critical areas of increasing allocation on infrastructure expansion, education, housing and health as India rolls out a vaccine drive to inoculate 1.3 billion people", said Kotak. "The Budget ticked all the right boxes which would strengthen the path of recovery of the economy. This is a budget catering to all aspects of lives, livelihoods and growth."

Kotak noted that the Budget has addressed the need for giving infrastructure investments a renewed push. Kotak added that the sector received priority from the Centre in the form of several key announcements. "In addition, the setting up of National Asset Monetisation Pipeline is a great initiative by the government and is likely to not only boost sentiment but will also generate additional resources for the government," he highlighted.

Kotak stated that the financial sector also witnessed several landmark announcements including plans for establishing a 'Bad Bank' in the form of an Asset Reconstruction and Management Company. He added that increasing FDI in the insurance sector, divestment of two public banks, and IPO of LIC were "bold moves" by the Centre. "Welcoming the move of the government to fund the pump-priming of the economy through raising of revenues by pursuing an aggressive disinvestment programme and proposing an asset monetisation program in the next fiscal," stated Kotak.

"The government needs to be commended for sticking to counter-cyclical fiscal policy stance as had been recommended by the Economic Survey," Kotak added.

Kotal also applauded the Centre's decision to halve the time frame for reopening of income-tax assessment cases to 3 years. "For reopening of serious tax evasion cases up to 10 years, the government has put in a monetary limit of cases involving over Rs 50 lakh in a year. This will help reduce instances of tax harassment of income taxpayers," added Kotak

"The review of the 400 odd exemption notifications and introduction of the simplified duty structure from October 2021 are significant ease of doing business measures which shall enhance cost competitiveness," concluded Kotak.