In line of their favourite slogans, 'Make in India' and 'Make America great again', both the leaders will present commitment towards protecting businesses in their respective countries. 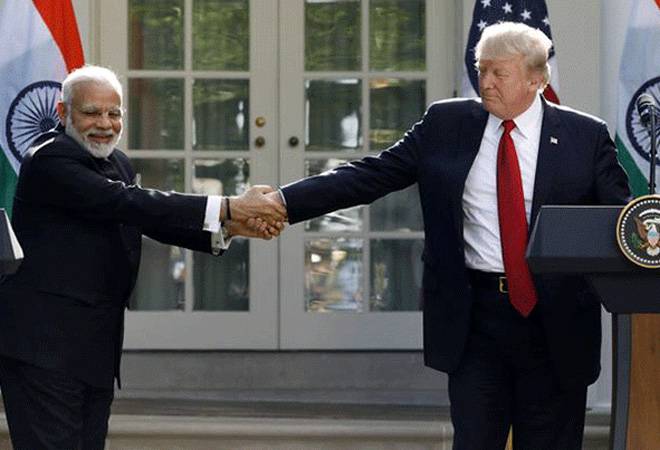 Prime Minister Narendra Modi and US President Donald Trump would be the two most important leaders to watch out for at this year's World Economic Forum - the 48th annual meeting of rich and power in the world - from January 23-26. In line of their favourite themes, 'Make in India' and 'Make America Great Again', both the leaders will present commitment towards protecting businesses in their respective countries. Giant billboards of Prime Minister Narendra Modi - only Indian PM to attend the event after former PM HD Deve Gowda post 1997 - have already appeared in the resort town of Swiss alps town of Davos.

Prime Minister Narendra Modi will lead the largest Indian contingent of over 100 delegates, including six union ministers and CEOs of top Indian companies, for the four-day World Economic Forum. PM Modi will deliver a keynote address on January 23 before holding a bilateral meeting with Swiss Confederation president Alain Berset.

According to Klaus Schwab, Founder and Executive Chairman, World Economic Forum, India's unique demographic dividend, rising tide of entrepreneurial spirit, breakthrough innovations, and structural reforms have enhanced India's long-term economic outlook. PM Modi will try to cash in on a series of structural reforms carried out by his government in the past two years.

From the Insolvency and Bankruptcy Code, demonetization to GST (Goods and Services Tax) and FDI, the Indian government has worked a lot on changing the country's image from an unorganised economy. This year alone, India has received positive feedback from international credit rating agencies like Moody's, S&P and International Monetary Fund, which will play well in its plan to become a dominant region player in Asia. Experts believe this is the right time to reap the benefits of those initiatives by wooing foreign companies to 'Make in India'.

US President Donald Trump will deliver a keynote address before the close of the meeting. He had not attended the last year's WEF meet, which was held immediately after he took over as the US President. During his election campaign in 2016, Donald Trump had strongly highlighted, what he called, America's "very one-sided and unfair one" relationship with global powers, and had sought to bring back American jobs that he claimed were lost to countries like China due to poor policies of the Obama government.

After announcing the US would exit from the Paris Climate Accord, 2016, Donald Trump had received widespread condemnation from leading economies. As of November 2017, 195 UNFCCC members have signed the agreement, and 173 have become party to it. At this year's WEF meet, Donald Trump will try to "promote his policies to strengthen American businesses, American industries, and American workers". This is a chance for Trump to repair the damage, say experts.

WEF 2018: What is World Economic Forum, why it's important for India?