Goyal said that India will be part of the global effort to promote serious action on energy conservation and addressing climate change, 'irrespective of what other countries may do'. 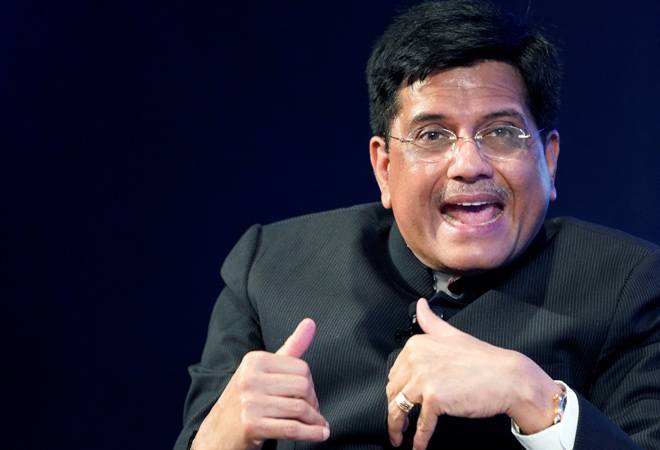 Instead of obstructing the global effort to accept renewable energy, India has adopted renewable very rapidly, said Union Minister Piyush Goyal at the World Economic Forum, 2018 in Davos. The Minister for Coal and Railways said that India has decided to pursue clean energy options despite the cost involved and will be part of the global efforts to promote energy conservation and addressing climate change.

Speaking during the session 'Strategic Outlook: Energy Systems', he said that the plan is to reach 100 gigawatts production capacity in solar energy sector by 2022. Ahead of the keynote address by Prime Minister Narendra Modi, the session saw discussions on how industries, institutions and innovation will shape the future of energy systems. Here, Goyal said that India will be part of the global effort to promote serious action on energy conservation and addressing climate change, 'irrespective of what other countries may do'.

Below are some of the points that the Goyal made during the session:

"Countries like India which are still emerging, eighty per cent of our population does not own a vehicle as yet. And we would love them to have a first vehicle which is electric. So in some sense, we are not duplicating investments first into the petroleum-driven vehicles and then into electric vehicles," Goyal said.

The generation part of electric mobility can be left on intermittent sources like wind or solar and store it in batteries. In the long run, we are looking at a policy framework which incorporates swappable batteries, said Goyal.

One of the biggest challenges for all policymakers, Goyal pointed out, is the fact that we need 24x7 power. Feeding renewable energy into a grid cannot ensure round-the-clock power and this we will have to turn to coal, he added.

"There will have to be a balance. We'll have to look at energy efficiency in a bigger way to bring down consumption, and whatever consumption is there, how can that be more efficiently managed through the time of day, so that the dependence on fossil fuels based energy is reduced," Goyal said.

Goyal mentioned that heavy taxes have been imposed on coals going into power production as well as petroleum products to promote consumption of renewable energy.

Goyal further talked about replacing traditional ways of cooking in 100 billion families that led to carbon emissions reaching crisis proportions. We started a programme of providing LPG connections to families using other mediums of cooking, said Goyal referring to the Ujjwala scheme.

Goyal said that 35 million families have been reached under the scheme in the past three years and the goal is to reach 15 million more in next 2 years. Thereafter, we would ensure that none of the families are using other cooking solutions, he added.

Efforts are being made to introduce clean fuels and renewables for cooking through small innovation. We need to adopt and embed clean energy solutions and electric induction heating into our system.

In 2015, we started the biggest campaign of replacing traditional bulbs with LEDs. At that time, we used to procure LEDs for $6 and then give away it at subsidised rates. After three years, we have replaced 800 million bulbs and the prices have fallen by 87 per cent.

Talking about the impact this project had on environment, Goyal said, "We were able to cut carbon dioxide emissions by 112 billion tonnes annually, we have been able to avoid 20GW, and the saving to the consumer is $6 billion every year."