In spite of criticism and Opposition jibes, the Centre commits itself to selling most PSUs; sets ambitious disinvestment target for FY22 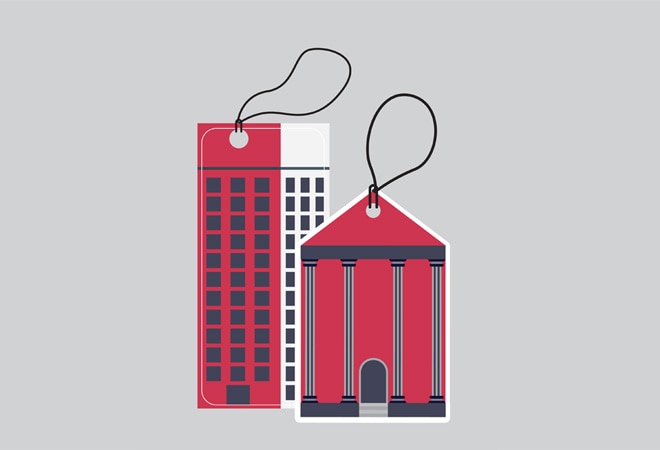 She also announced a comprehensive asset monetisation plan by creating a National Monetisation Pipeline, under which assets such as road projects, railway freight corridors, gas and oil pilpelines etc would be put up for sale or leased to private players.

The finance minister also announced plans to privatise two public sector banks and one general insurance company in 2021/22. PSUs, including Air India, BPCL, CONCOR and Shipping Corporation of India, are already up for privatisation.

But, how realistic are these targets? While it is easier to sell one PSU to another, privatisation involves special efforts in convincing employees' unions, getting the right price, etc. Any private company looking to buy these companies would look for a hard bargain.

Ever since it clocked a record Rs 1 lakh crore in disinvestment proceeds in 2017/18, the government has been off target.

Even as many think it to be a lofty target, the government would be hoping that the groundwork done for many of the high-ticket disinvestments in 2020/21 would fructify in the next financial year.

While speaking to Business Today in November, Disinvestment Secretary Tuhin Kanta Pandey had said the government would soon come out with many expressions of interest (EoIs) for privatisation and disinvestment of some central public sector enterprises (CPSEs). He had said the EoI for BEML was ready, and there would also be Neelanchal Ispat Nigam and Shipping Corporation of India. "CONCOR EOI, too, will happen hopefully. We are waiting for the railways to finalise the land lease policy," he had said.

The sale bid of oil marketing company BPCL is already in advanced stage with three bidders, including Vedanta Group, in the fray. The government is hoping to net Rs 90,000-1 lakh crore.

In November 2020, the government also made changes in the bid criteria of Air India to attract investors. "The EoI has been amended, we have unfrozen the debt and we have said that debt will be discovered in the market through bidding process and that bidding will based on enterprise value - which means total debt and equity - and not just equity value," Pandey had said.

Looking at the global macroeconomic indicators and markets, the disinvestment target looks doable, provided there is no major liquidity accident, says Sachchidanand Shukla, Group Chief Economist, Mahindra & Mahindra. "Moreover, the spillover list of LIC, Air India, BPCL and CONCOR, etc will have demand from investors, and some legwork has already been done over the last few quarters."

The government is looking to collect Rs 1 lakh crore from the sale of banks and financial institutions, for which it has put two PSU banks (apart from IDBI Bank, in which it holds around 47 per cent stake) and one general insurance company on the block. Besides, it also plans to list Life Insurance Corporation (LIC).

It is still not clear which two PSBs the government plans to sell, though the general sense is that these are banks which are not part of the recently concluded merger process. These include Bank of India, Uco Bank, Punjab and Sind Bank and Bank of Maharashtra. But experts say valuations of these banks are so cheap that the government won't be able to fetch much by selling them.

"The price-to-book value of these banks is below 0.5. So how do you do a bank sale at higher value? This is a big challenge," says Abizer Diwanji, Head, Financial Services, EY India. If the consideration is cash, the government would sell one of the bigger banks, but if the consideration is dealing with the problem (of continuous capital infusion), then it should sell the weaker banks, he adds.

However, Diwanji feels weaker banks can still fetch a decent price if non-banking financial companies (NBFCs) looking to get a toehold in the banking sector buy them.

So, are selling off two banks and one general insurance company and listing LIC good enough for the government to fetch the required Rs 1 lakh crore in 2021/22?

According to experts, it would work only if the government manages to get the right buyer who is willing to pay a high price.

LIC IPO alone won't fetch a good amount as it won't get a good valuation, given the clause that says 95 per cent of LIC's profit has to be shared with policyholders, said an expert on the condition of anonymity. "So, LIC does not create shareholder value." Sanjay Doshi, Partner and Head, Financial Services Advisory, KPMG in India, says the suggested amendments to the LIC Act around governance and surplus distribution are key enablers for a successful initial public offering (IPO).

Monetising public infrastructure assets is a very important financing option for new constructions, Sithraman said in her Budget speech, while laying out a plan to convert core and non-core government and PSU assets into cash.

Apart from these, NHAI and Power Grid have one infrastructure investment trust (InvIT) each, which will attract international and domestic institutional investors. Five operational roads with an estimated enterprise value of Rs 5,000 crore are being transferred to the NHAI InvIT, while transmission assets worth Rs 7,000 crore will be transferred to the Power Grid InvIT.

While the government's renewed focus on disinvestment is good news, it may not be easy to get buyers who are ready to give a good price for banks and CPSEs that are up for sale.