In a tough year, with the odds stacked against him, Kenichi Ayukawa ensured Maruti Suzuki stayed on course and ahead of its peers 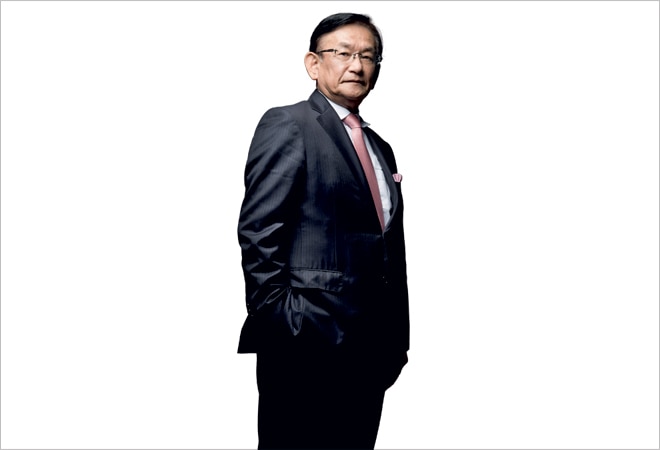 To say that FY20 was a challenging year for the Indian automotive industry would be an understatement. Overall auto industry volumes declined almost 18 per cent in FY20, the worst showing in a financial year in over two decades. What's more, the domestic passenger vehicle industry also fared poorly with volumes dipping by the same quantum.

In this context, it would be unreal to expect the country's biggest carmaker, Maruti Suzuki India Ltd, to not suffer at all. Accounting for one in every two cars sold in the country, the company has an enviable reputation - of having the highest market share for a leader in any major automobile market in the world. The large base also makes it vulnerable to bigger losses in times of a downturn, but the fact that it managed to hold on to its position without ceding much ground to its rivals - Maruti's market share fell marginally from 51.2 per cent in FY19 to 51 per cent in FY20 - is something that has given some succour to its top boss, the 65-year-old Kenichi Ayukawa.

"Fiscal year 2019/20 was no doubt a very challenging year not only for us as a company but for the industry and the economy as a whole," he says.

The year has somewhat tarnished the company's otherwise unblemished financial record - its three-year CAGR on profitability has turned a negative 8.4 per cent. But, Ayukawa's track record at overcoming challenges puts him and his company in a good position to fire away at the slightest hint of a tailwind.

"There were many headwinds or changes in regulations, be it for safety or emissions, which made vehicles more expensive at a time when the overall economy was not so good and consumers had less cash in hand," he says. "We had to overcome that and though there is always scope for betterment, I think we did okay."

While countering a general slowdown in the economy was itself a challenge, the automobile industry had its own set of issues to grapple with.

The most important among them was the transition from BS-IV to BS-VI emission norms from April 1, 2020. While that puts India on par with Europe in terms of tailpipe emissions, a much-needed step given the problem of air pollution in the country, it was a major task for companies since it could not have been done at one go. Car companies needed to carefully calibrate the phasing out of BS IV models while bringing in BS VI versions. The slowdown in demand made projections even more onerous.

Ayukawa, however, took the bold step of announcing the company's exit from the diesel segment while launching BS-VI-compliant petrol models much before deadline. The company launched its first BS-VI-compliant cars - Baleno, in April 2019, almost a year ahead of deadline. This was quickly followed by its other bestsellers - Alto 800, Swift, Dzire, Wagon R and Ertiga. By the end of 2019, more than half of its portfolio was already BS-VI compliant, ensuring that the company had sold more than 750,000 BS-VI-compliant cars even before it was made mandatory.

"Technology was never an issue. We already sell Euro VI-compliant cars in Europe so we had the technology. The question was about timing and we decided to do it early so that there is minimal disruption," says Ayukawa.

What helped Maruti was also its decision to not upgrade its diesel versions in the BS-VI regime. The changes in diesel cars, with the addition of a particulate filter in the exhaust system, are significantly more than in petrol versions and there were complications if BS-VI diesel engines are fed BS-IV fuel repeatedly, which meant they could not be launched too far before deadline. About a quarter of Maruti's vehicles sold in FY19, however, were diesel cars, including the best-selling compact SUV Vitara Brezza, so there were chances of the strategy boomeranging on it. In retrospect though, with Maruti not losing any market share in any of the segments, Ayukawa's clarity in decision making saved the day for the company.

One of the big reasons for Maruti Suzuki's enduring success in India is its ability to withstand competition. In FY20, at least two major players - Korean Kia Motors and China's SAIC-backed MG Motor - entered the Indian market. Maruti launched a counter by sticking to its strengths and coming up with products that cater to its own set of consumers. During the year, it launched the seven-seater XL6 with its premium distribution network Nexa at the top end and followed it up with its first mini car in decades - the S Presso - at the entry level. This ensured that while Kia and MG got off to good starts, the impact was felt more on the others than the market leader.

After a tough FY20, the start of the new fiscal brought in a completely new set of unknowns. The pandemic and the resultant lockdown between March and May brought all economic activities to a halt. Maruti, too, felt the heat. With factories and dealerships shut, it suffered 82 per cent decline in sales in the first quarter, while recording a net loss for the first time ever in its history. But Ayukawa did not lose his sleep over this.

"We had new experiences this year, but it's not unique to us. Every player globally is facing this. In April and May, we had no production. It's the first time in life I have faced something like this. It is a very big supply disruption," he says. "We are fighting an invisible enemy in Covid, but my duty and responsibility is to fight and win this. It is a new normal and we have to adopt new practices such as digitisation and ensure health and safety of employees and workers, while also ensuring that business becomes normal again."

Having seen many crises in the past, this never-say-die attitude helped the company in turning the corner faster than others. As the market opened up from June, Maruti realised there was a pent-up demand and the rural economy was particularly resilient. It immediately got down to ironing out supply chain issues, which included giving cash flow support to some of its vendors in distress so that they could resume operations at the earliest.

At the same time, targeted digital campaigns were stepped up through hyper-local activities for identifying potential consumers, tie-ups with financial institutions were expanded to improve credit availability and model-specific promotion schemes were introduced for consumers.

Backed by Maruti's widest distribution network, which covers almost every nook and corner of the country, the turnaround was immediate. In the second quarter, it registered an 18.6 per cent growth in sales over last year, while profitability improved by 1 per cent. The blip was indeed short-lived, but Ayukawa sensed an opportunity in the crisis.

"Gradually we have seen an improvement in sentiment. Consumer demand is coming back and though we still do not know how long this will continue, the demand for small cars is stronger," he says.

"Small cars have traditionally been our area of strength. There is also a belief that post pandemic, people would avoid public transport and shared vehicles and prefer using their own cars, so that should help us as well. I am always hopeful for the future," he adds.