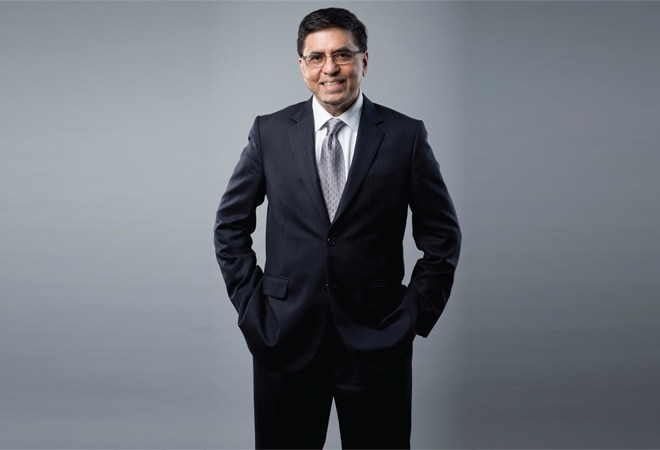 On March 17, as India started reporting cases of coronavirus, Hindustan Unilever decided to ask employees to work from home. As the fear of contacting the virus loomed large, MD & Chairman Sanjiv Mehta's message to his core team was: "Look after our people and the people will look after the business." Nine months down the line, the 61-year-old head honcho of India's biggest FMCG company is proud of his employees and business. He says his employees are more agile and resilient than ever and talks about a humble factory employee who told him that he went to work every day not to make soaps but save lives of millions of Indians. "Our first priority was safety of our people across the value chain. Then, we made sure that our supply lines were running. We also kept our fingers on the pulse of consumers to understand their behaviour. We also heightened focus on cash and costs despite being a zero-debt company. Last, but not the least, was helping the community."

During the lockdown, Mehta has been walking up and down the 18 floors of his apartment complex. Just as his fitness regime continued against all odds, it has been business as usual for his 18,000-strong workforce too, with majority of them working from home. At the peak of the lockdown, the FMCG major completed the merger of GSK Consumer, which it had acquired for Rs 3,045 crore. Mehta calls it a marriage made in heaven. "The consummation of the deal happened during the lockdown on April 1. We do a people pulse survey. I am pleased that engagement scores of erstwhile GSK people are as high as that of others. We have been able to assimilate them and make them feel important." With GSK, HUL's food and refreshment business has become the largest in the country. While declaring its September quarter results, the company announced a host of innovations under the Horlicks brand, the most prominent being a variant containing zinc and multi-vitamins to boost immunity. The variant promises 8.3 mg zinc per 100 gms compared with the earlier version's 4.3 mg. "Studies show that the immune system gets a boost with zinc. The first thing we did was to hand over lakhs of packs to healthcare workers," says Mehta. He says the company plans to extend Horlicks and Boost into the food space too.

Mehta believes that challenges bring opportunities. The pandemic, he says, has helped accelerate the company's 'Re-imagine HUL' agenda. Ever since he took over as HUL CEO in 2013, Mehta has been talking about building the most tech-savvy consumer goods company. He says the company's biggest achievement in the last nine months has been to get 3,00,000 kirana retailers to embrace its Shikhar app. The app enables them to order online instead of waiting for the distributor to come to their doorstep to take orders. "Convincing a kirana store owner to adopt a tool has never been easy." The app has given the company access to data from stores and markets which it can use to redefine its service models and create better delivery routes. The company has also developed an app for factory operations which has temperature measurement, access control and an alarm if physical distancing is not maintained. "Our digital initiatives cover the entire value chain. All this has come in handy during the pandemic. I am glad we started this technology journey a few years ago."

The company has launched 100 new SKUs (stock keeping units) in nine last months. It has also launched a new brand, Nature Protect, with a range of products in the hygiene space. The other launches include Lifebuoy alcohol-based sanitisers, germ-kill sprays, hypochloride-based Domex, laundry sanitisers and germ kill laundry powder. "We do a lot of market development and spend crores on cultivating the habit of handwashing. Thanks to the fetish for cleansing and clean living, adoption of handwash and sanitisers has increased immensely. After the vaccine is out, the obsession may go away, but the habit will not. It has been a significant opportunity to strengthen our play in health, hygiene and nutrition."

Mehta attributes his team's agility to structural changes that have been institutionalised over the years. He refers to Winning In Many Indias (WIMI) under which the company has divided its business into 14 clusters based on consumption patterns and stages of economic development. This initiative came from an understanding that in India, languages and culture change within a 50-kilometre radius, also changing competitors and level of economic growth. This means a homogenous strategy will not work. Under WIMI, the company has localised not only its product portfolio but distribution and supply chain too.

The company also launched 15 Country Category Business Teams (CCBTs) in 2016. These are like mini-boards led by young general managers (GMs). These 15 GMs have been given the mandate to deliver P&L for the year. The initiatives, says Mehta, have empowered his people and allowed the company to delegate. "It has allowed us to become agile and nimble. Sitting at home, there is no way I could have managed a large marketing & manufacturing business selling over 50 billion units of finished products every year. That is where the WIMI (Winning in Many Indias) and the CCBT (Country Category Business Teams) framework came in extremely handy. When you empower people and when you trust people, they own accountability and deliver." In June and September quarters, during the lockdown, all decisions were taken at the CCBT level. "People in the clusters helped local administrations in the unlock process and very importantly gave us feedback about what is happening in those areas so that we could meet demand there," he says.

Mehta believes this pandemic was anticipated, but the world was in denial. He says in December last year, when it was creating havoc in China, HUL had drawn up an incident management team to work on contingencies for chemicals it was importing from China, but none of them thought this would spread. "I wish we had a head-start of a couple of months. So, the first realisation was that even with the best prediction models, you can't predict your way to a no-risk world. This means you have to become adaptable and resilient."

He says while most companies and businesses have focused on achieving operating efficiencies and productivity, few have made their businesses resilient. "Resilience means there is an in-built redundancy built into the business; otherwise you will not be able to absorb future shocks. So, determining which part of the value chain should we manage for costs and efficiencies, and in which part of the value chain we build redundancies for absorbing future shocks becomes the moot point. This is the critical lesson that has come in." Finally, one has to get comfortable with ambiguity and chaos, says Mehta. "The fact is that you can't predict a crisis and there won't be a playbook that will guide you. So, you have to navigate through the turbulence - adjusting, improvising and learning as the situation changes and new information emerges."

Mehta's leadership is about empowerment and giving people the confidence that they can steer through any crisis together. "When there is a crisis, people crave for leadership, people want to hear you, they want you to comfort them. I call it 'brutal optimism', brutal because you have to show them the reality, and optimism because you have to give them confidence that together we will come out of it."