With over $100 billion of assets under his watch, Rajeev Misra presides over undoubtedly the largest fund on the planet, managing what he calls the "biggest collection of disruptive companies under one roof" at Softbank Vision Funds I & II
Rajeev Dubey & Anand Adhikari | Print Edition: December 27, 2020 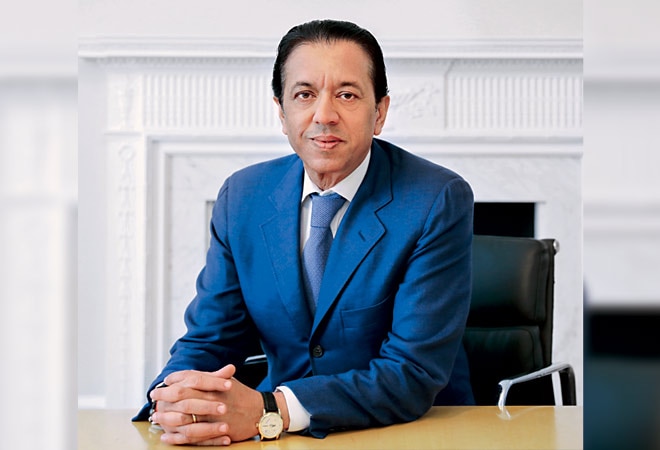 In the past year, Softbank has had its fair share of ups and downs, with setbacks such as WeWork and successes such as ARM Holdings. The day after he stepped down from the board of Softbank to separate management from governance, Business Today's Rajeev Dubey & Anand Adhikari spoke to Rajeev Misra, CEO, SoftBank Vision Fund, and Munish Varma, India Managing Partner, to understand how Covid has changed investing. Edited excerpts:

The thesis is still the same except, with Covid, digitisation and focus on online has accelerated in six months, which would have taken three years to happen. Two, we're going in early because we're acting smart, and three, we're saying you've got to look at the balance between public markets and private markets. In previous two years, private markets gave better valuations than public markets to disruptive companies as public markets didn't understand. With Covid, public markets have got to understand the power of Microsoft, Amazon, Alibaba and Paypal, companies where the world has gone, how they're going digital.

The slow demise of old brick and mortar companies has accelerated and market share has been taken by these digital companies who are more agile. Digital companies could be in health, education, whatever. Of course the world will normalise in the next 12-18 months but structural and behavioural changes are going to stay. It's not that you're going to stop using Zoom. Of course I'm going to use it less perhaps. [I will] order online food or undergo online education, use online e-commerce, buy grocery online. Otherwise nothing has changed. We at SoftBank had said we've raised all this cash; we're sitting on this cash to invest in these disruptive AI-driven companies for the next few years.

The world is flush with funds right now, there's so much money chasing so few deals. How do you operate in this kind of world, is it any different?

Yes, absolutely right. It is different but don't forget there is capital and there is capital with help. The Vision Fund is different, it is not just capital. We have, between Fund 1 and Fund 2, 105 companies, a telecom company in Japan, an Alibaba company in China, Arm. When you look at our ecosystem, we help companies like MindTickle get business across the world. So we're actively involved with Vision Fund, with 400 employees, of which 40 are in the operating group. If you look at our man who is an operating partner in India, who is the ex-CEO of Google, Vikas Agnihotri, he's not an investing partner, he's an operating partner. He helps these companies. He sits on the Board of Ola Cabs, helping them grow. We're helping Lenskart grow to Middle East and Singapore, we're helping First Cry go to Middle East and Singapore and other countries, we're helping these companies expand globally, helping them with strategy, helping them hire staff, it's not just capital. That is what differentiates us.

Of course, on the macro, you're right, between public markets and private markets, a company and a founder have options to raise capital. But we're more than capital.

How do you deal with uncertainty around trade, regulators, political uncertainty, economic uncertainty? How is that impacting what you do?

(On) regulators, if you have a five-year view, it will maybe slow down things. In the China-US trade war, we sit in the middle, being a big investor. We've to navigate it but nobody is going to stop disruption. So yes, somebody comes in and we sold Flipkart or somebody comes in and affects Paytm and affects Chinas investment in India, that causes short-term disruptions, but you've got to take a five-year view. Is the world going to be different dramatically with 5G, with autonomous vehicles, with more and more activity happening online? There's no debate on that.

We have the biggest collection of disruptive companies under one roof on the planet. There's no debate on that by a margin. Not Tencent, not Alibaba, we've the biggest collection of 120-130 disruptive companies under one roof. We get to understand what's going on the ground because these companies are in every continent, except Africa. We get referred investment opportunities by them. When we go and try to invest in MindTickle or whatever, or we talk to our other portfolio companies, see how much we've helped them, it's not just about capital. Go talk to Ola, go talk to Firstcry, Lenskart, see how much we're involved. In a constructive way, not getting in the way or telling them how to run the business, we don't have time for that. In a constructive way.

In the last three-and-a-half years of the fund, what has been the biggest learning in managing this kind of scale, in different geographies, even investment size, managing expectation of investors?

There are lot of learnings. When we started in January 2017, we had 15 employees in the Vision Fund. In May, we closed the fund with close to 500 employees. We're hiring talent, opening offices from scratch in Mumbai, Singapore, Hong Kong, Shanghai, Abu Dhabi, Riyadh. We only had a small office in London and Tokyo, that's it. So, going on the ground because investing from long distance doesn't work, the entrepreneurs you have to keep in touch with, how can you help them if you're not on the ground? So, in opening offices across the globe, hiring people, you learn a lot, you make a lot of mistakes, yes, and the key is to understand from these mistakes and not repeat them. Key was to understand that don't invest in asset-heavy businesses like WeWork, and invest in companies that are disruptive, that are capital light because they can be agile, which is why we didn't invest in NBFCs and others. We realised how important it is to have good governance in the companies we've invested. We helped OYO, Paytm, others get external board members, put the right governance framework. How do you get a company to go public if you don't have good governance, and this is across the globe? We are actively involved in good governance without getting in the way of the founders because we have to get their raw energy going. What if we constrain them when they're extending themselves to think, because all these 25-40 year old founders are doing it on a scale for the first time in their lives? To educate them and there we used our other portfolio companies to mentor these companies. Ola spent a lot of time with Didi. Paytm spends a lot of time with Alibaba, Delhivery with our other delivery companies in Latin America and others. Why make mistakes? India is just a microcosm of what China and Latin America are, it's the same, emerging economy.

People would reach out to Delhivery to seek their tech stack, normal top-of-the-line business they built. So it's not a case of India looking out, it's also a case of international portfolio having access to Indian firms, as India is a tough market to do business. Then, if you can engage with these guys, there's a vast cross-border learning on both sides.

You mentioned good governance in portfolio companies. You've also stepped down to make way for external members. What type of qualitative changes will this separation of management and board bring to the Vision Fund?

Stepping out from the board is what I asked for. The reason is there is a lot of conflict between the Vision Fund and SoftBank shareholders. SoftBank group is a big investor, which supports the companies, which sometimes steps in to help a company like OYO and others who have different stakeholders. The shareholders of SoftBank group are different than the Vision Fund and I didn't want to be in that conflict. At the end of the day, it's a founder-run company. My day to day job is still the same; I spend 2/3rd of time in Vision Fund and a third with the group doing a lot of things, which doesn't change. I spend 30 per cent of my time or more with group affairs outside the Vision Fund, whether it's working with Arm and if we have a merger, raising cash, selling down assets. Nothing changes.

How do you see the new trend of long hold funds, do you think it's a sustainable trend?

I don't believe in it. Because whether its long or medium - five or 10 - if the investment doesn't make merit, it becomes very clear in 2-3-4 years. And as you know, any time your portfolio becomes long hold means it's underperforming. That's what I tell my wife, it will work in the long term, it's not making money now.

There is a feeling, an impression that India portfolio is on hold and you are now looking at much smaller investments compared to the previous lot. I'll give you the big picture. We have more capital than we can deploy; that doesn't mean we're going to make silly investments. That's not a good idea. Given what I have lived through in the last seven months, I have to answer. We can't migrate our thesis-AI disruptive. I'm not going to invest in a bank, Yes Bank or some retail online or retail company, motor companies, that's not the hypothesis for investing. The entrepreneur has to be right; the market has to be right. There is no shortage of capital, it is just shortage of opportunities in the world today. It's not just in India, it is around the world. Why have we deployed only three odd billion in the last 10 months in Vision Fund II? We used to do one big single investment of $10 billion, Uber or Didi, because investment opportunities are limited. And it's not that we don't see every investment, we're the biggest technology investor. Everybody wants to have us as an investor because of other benefits. We see them all. We're adapting to that by going early.

Munish Varma: From an India point of view, there have not been that many compelling opportunities of size we've seen. We're even doing smaller checks and if you look at Vision Fund II and what the portion of Vision Fund India represents, it represents a very healthy portion of Vision Fund. In Vision Fund II, we've got Lenskart, Unacademy and now MindTickle. We're also putting money into existing companies such as PolicyBazaar. We're seeing interesting opportunities in existing companies, we're deploying capital there as well.

We didn't pull back, we're the biggest shareholder in Ola and Paytm.

In terms of further investments, of bringing more on the table, there is a feeling that OYO, Ola and Snapdeal are not on your horizon anymore.

No, no, let me give you the answer. The amount of time, Munish and I spent on Ola and OYO is disproportionate. We own 50 per cent of OYO and we're spending so much time on OYO to bring their cost down, to make it successful, we're fully married; OYO's success is our success. Why are we hiring more people? Spending so much time in the background, you can't take a six-month snapshot and say they only made three investments in the last nine months. You should call the founders. Call Ritesh and Bhavesh, see how much time we're spending with them. You can see how much time, every two weeks (there is a) one hour call. (We) look at updates, what's happening.

There was a perception that in OLA, you wanted the management out, the founders out.

Do me one favour. Speak to Bhavish, unprompted by us, and you'll get an answer.

"We Are Building a Strategic Disinvestment Pipeline"