If Harold Finch and John Reese from the TV show 'Person of Interest' are among your favourite characters, Watch Dogs is the perfect game to titillate your senses. 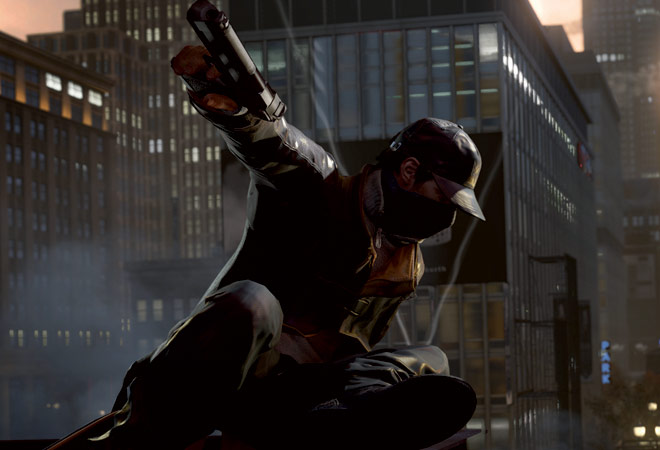 If Harold Finch and John Reese from the TV show 'Person of Interest' are among your favourite characters, Watch Dogs is the perfect game to titillate your senses.

The main character is Aiden Pearce - a hacker for hire and selfstyled vigilante who embarks on a campaign to avenge the murder of his six-year-old niece.

The gloomy Chicago is the perfect background to the scene, where Aiden can run amok, performing scripted tricks. Aiden can hack anything - from mobile phones to ATMs, CCTV cameras, and even traffic lights. With a single push of a button, you can trigger environmental traps that can clean out a citizen's bank account. But the most interesting hack is remotely activating a grenade dangling from your enemy's waist.

Aiden's can-do-it-all phone also moves forklifts, overloads power junctions and vents clouds of gas from the city's pipeline. I don't know what OS and app store Aiden runs on his phone, as most problems can be simply solved by the touch of a button on his phone. It has its perks as it allows you to easily finish the tasks, but it gets dull after some time.

Watch Dogs' missions are much more stealth-focused and they auto-fail you if you're discovered. It has its fair share of gun clashes and high-speed racing. When bullets fly, the cover-based gunplay feels good. The arsenal and weapons are pretty unadventurous, apart from the pump-action grenade launcher. But then again, you cannot hope to sneak away undetected after leaving the mess by using the grenades.

The game really pops inside sports cars and street bikes with the enemy on your tail, like in an action-packed movie. Even if you drive like a maniac, you can see the enemies closing the gap. Of course, you can hack into their vehicles and trigger a trap to end the chase.

Then there are these mini-games and the 100 Hotspots scattered around where you could collect rewards and special badges, and leave gifts for other players. Another feature is the pop-up message that allows you to accept or deny invites for the multiplayer mode.

At times, the game may seem like GTA, NFS, Assassin's Creed and Thief cramped together, but the mini-games and multiplayer mode take the experience up a notch. In a sea of stealth games, this one rises to the surface.

Tips to set up your very own gamer's room