Need to Catalyse the Rural Sector

It was expected that the Union Budget this year will highlight issues relating to agriculture and rural sectors than on other sectors of the economy. 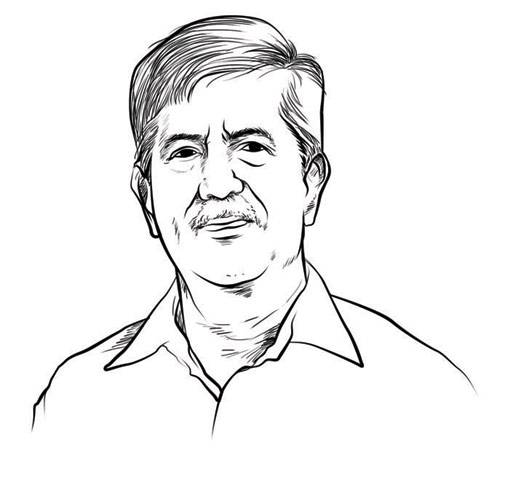 It was expected that the Union Budget this year will highlight issues relating to agriculture and rural sectors than on other sectors of the economy. This expectation was indeed fulfilled. Agriculture and rural sectors were two of the nine pillars of the transformative agenda of the Budget. As government interventions have been pervasive in every aspect of the agricultural economy, the new proposals point to some reorientation of priorities, general expansion of ongoing schemes and new initiatives. The distress in farm sector, accentuated by the failure of monsoon rains for two consecutive years, has required a reassessment of the role the government could play in the sector.

The vulnerability of small holdings to the twin shocks of yield and price fluctuations are important issues that need to be addressed. While the upside provides opportunities for optimism, the downside leads to distress. But the small size of holdings has not helped in raising investment on the farm to a level where the fluctuations are evened out and farm income growth can keep pace with the growth of income in other sectors.

The most conspicuous phrase in the Budget speech was of course the 'doubling of farmers' incomes in five years', as challenging as the double digit rate of economic growth. Translated, this is a huge increase of some 15 per cent per year and would indeed be a formidable target. The best performance of the sector in recent years is the growth rate of agricultural GDP by slightly less than 4 per cent during the Eleventh Five Year Plan period. Of course, reducing the post-harvest losses, in some cases said to be in excess of 30 per cent of the produce, restoring bloated marketing margins to reasonable levels and transferring some of the gains to farmers and some to consumers will help increase farmers' incomes to a significant level. However, an ambitious target may help improve outlook for the sector which, today, remains struck by two weak monsoon years. In some ways, the Budget has pointed to a longer term strategy for the sector than just the new financial year.

Moving from the goal of raising agricultural production to raising farmers' incomes is an important change in looking at the sector's performance. On average, the return from farming has remained low and volatile for a majority of farmers. Even doubling of the income may not be a significant improvement, as compared to the income earned by average salaried employees. Diversification of sources of income of cultivators has become a norm to sustain income levels and growth of income for the farm households. In this sense, increasing farmers' incomes will have to be seen in terms of increasing income earning opportunities for rural households, including farm households. It is here that the proposals that may catalyse the rural sector will also have a positive impact on farmers' incomes.

In the case of agriculture itself, the Budget has presented proposals to expand irrigation, conserve soil nutrients, improve flow of credit, marketing reforms, expansion of MSP coverage across the country, livestock enterprises, modernising land records, expansion of Pradhan Mantri Fasal Bima Yojana, moving up the value chain and so on. There is also an expectation that the state governments will also do their bit to support such measures, particularly in irrigation and marketing reforms. The Budget provisions do show a decline in subsidies for 2016/17, including allocations for fertiliser and food. While the feedstock prices scenario may help rein in fertiliser subsidy, in the case of food subsidies, reduction may have to come from greater efficiency in handling the food procurement and distribution system.

The two consecutive years of weak monsoon have highlighted the impact of such supply side shocks on the farm sector dominated by small holdings. In this sense, an effective crop insurance programme would be far more supportive of maintaining farm incomes than the relatively smaller initiatives. The Budget also has not talked about greater allocations to farm sector research, but made a mention of the competition for KVKs. Support for farm research would be extremely critical in sustaining the farm sector's competitiveness and coping with weather fluctuations in the coming years as the impact of climate change is likely to increase. There are interesting initiatives such as roping in fertiliser companies to provide services such as soil and seed testing, and marketing support for organic farming produce.

The Budget proposals for rural development remain positive for improving rural infrastructure and, as a consequence, growth of the non-farm sector in the rural economy. Given that rural economy accounts for more than 40 per cent of the entire national output, improved rural infrastructure would have an impact on the overall economy as well. More importantly, improved rural economy would also benefit farmers substantially. The Budget has attempted to achieve greater convergence of NREGA with the creation of assets relevant to the farm sector.

A striking feature of this year's Budget is the cess proposed on a few items, revenue from which is to be used for activities relating to agriculture and farmers' welfare. We need to move to a strategy wherein we allocate a certain proportion of expenditure to programmes for agriculture and farmers' welfare, which increase farm income to achieve goals of food security and farm prosperity. Increasing farm size is also important to increase incomes of households dependent on farm income. In this context, creating opportunities in non-farm sectors, especially in rural areas, is necessary to increase income of farm households. The longer term vision for agriculture and rural sectors has many complementa rities to benefit one another.

The writer is Director, Madras Institute of Development Studies, Chennai. Views are personal.