NR Narayana Murthy on Tuesday claimed that he upheld shareholders' interest when he waged a war of words against the software company's board which eventually led to a shake-up of the top management. 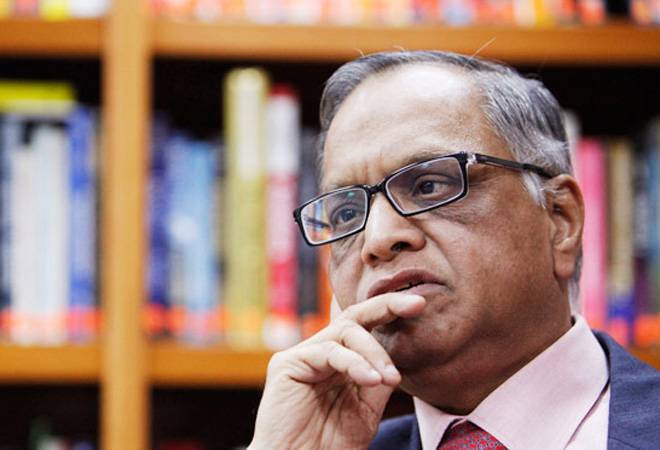 Speaking out for the first time since the sudden exit of CEO Vishal Sikka, Infosys founder NR Narayana Murthy on Tuesday claimed that he upheld shareholders' interest when he waged a war of words against the software company's board which eventually led to a shake-up of the top management.

Murthy also said co-founder Nandan Nilekani's taking over as chairman is good for India's number two IT company as he is a "stickler for good corporate governance". He also expressed hope that the management would rally behind the former Infosys CEO. On a conference call with investors, the IT veteran highlighted poor governance, an ex-CFO being paid large severance as 'hushmoney' and alleged irregularities in Panaya acquisition as his concerns with previous board led by R Seshasayee.

"The rejuvenation of the Board has already begun with the resignation of R Seshasayee and some other board members. However, it is still work-in-progress," he said. Sikka, the first CEO of Infosys drawn from outside its founders, quit on August 18 citing slander by founders. The board, in an unusual move, issued a statement blaming Murthy for Sikka's exit.

A week later, Seshasayee and three other directors quit Infosys last week and Nilekani made a comeback to the board after a decade. Murthy termed the recent developments as a "personal attack" on him. He said though he was appointed chairman for five years, he left the company after 15 months in October 2014, during which revenue growth rate doubled to 11.6 per cent as well as innovations and enhanced productivity were introduced.

"As far as I know, there is no parallel in the Indian corporate world where founders with significant shareholding voluntarily left their company leaving behind nothing but culture, values and goodwill," he said. The founders, who hold 12.75 per cent stake in Infosys, together with a dozen leading institutional investors with a cumulative stake of about 10 per cent forced the Infosys board to bring back Nilekani.

"Now we can all sleep better knowing that, under his leadership, the corporate governance standard practised by Infosys will be on par with the global best standard," Murthy said. The return of Nilekani, who is credited with quadrupling Infosys' revenue to $2 billion, has cheered investors. He is widely expected to end the board's row with founder executives, help clients and boost employee morale.

Nilekani told investors last week his priorities were to find a CEO, reconstitute the board and shape future strategy.

Infosys to come to Bengal without SEZ status, to invest Rs 100 crore