News
INDUSTRY
Telecom
Govt to hold 35.8% in Vodafone Idea after board approves plan

Govt to hold 35.8% in Vodafone Idea after board approves plan

The promoter shareholders would hold 28.5 per cent (Vodafone Group) and around 17.8 per cent (Aditya Birla Group), respectively.

Vodafone Idea on Tuesday stated that the board has approved conversion of the full amount of interest related to spectrum auction instalments and AGR dues into equity. Following the conversion, the government will become the single-largest shareholder of the company with 35.8 per cent stake and the promoter shareholders would hold 28.5 per cent (Vodafone Group) and around 17.8 per cent (Aditya Birla Group), respectively.

“The Net Present Value (NPV) of this interest is expected to be about Rs 16,000 crore as per the Company’s best estimates, subject to confirmation by the DoT. Since the average price of the Company’s shares at the relevant date of 14.08.2021 was below par value, the equity shares will be issued to the Government at par value of Rs 10/- per share, subject to final confirmation by the DoT. The conversion will therefore result in dilution to all the existing shareholders of the Company, including the Promoters,” the company said in a statement. 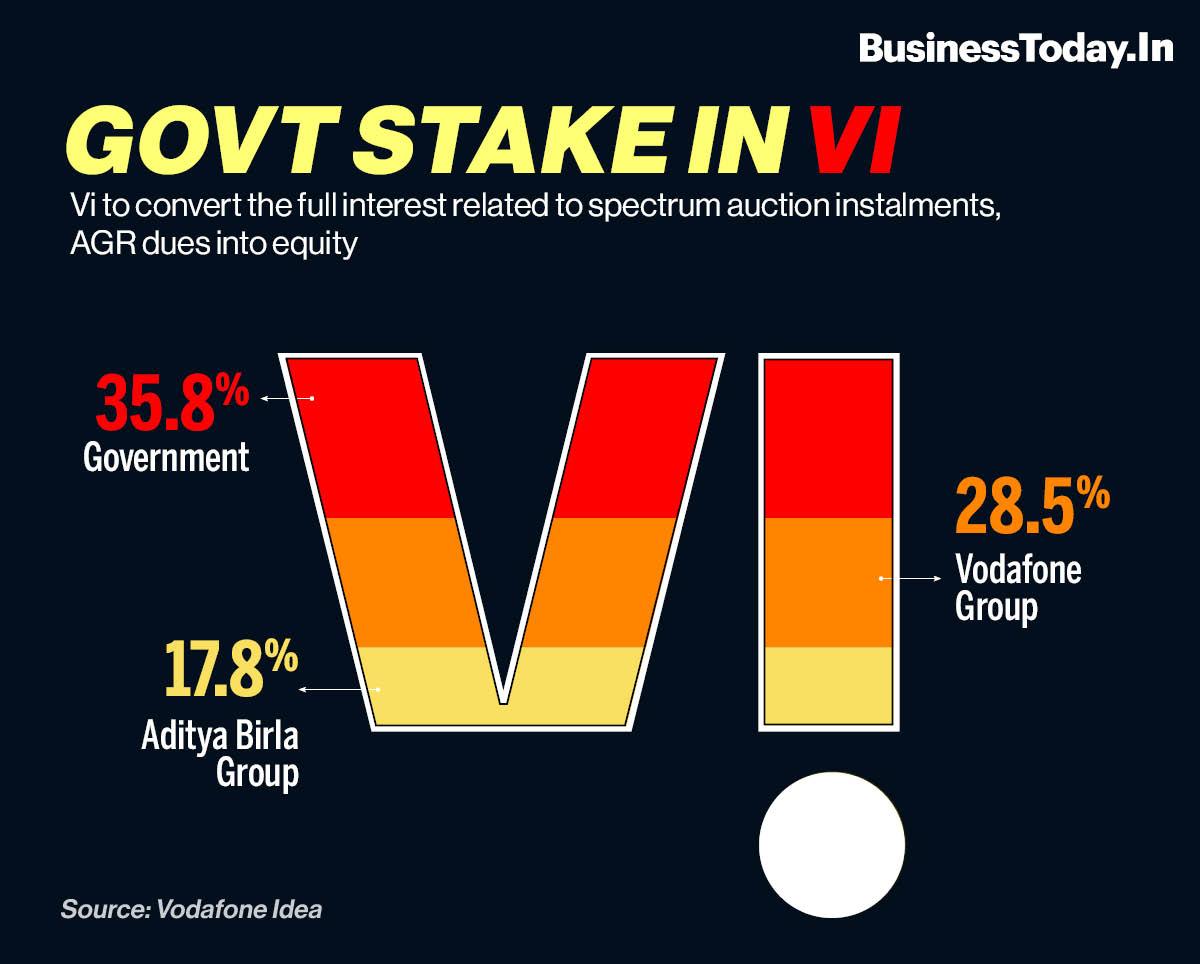 Vodafone Idea stated that governance and other rights of promoter shareholders are governed by a Shareholders Agreement (SHA). The rights are subject to a minimum qualifying threshold of 21 per cent for each promoter group. The promoters, in light of the board’s approval, has agreed to amend the existing SHA to reduce the minimum qualifying threshold to 13 per cent from 21 per cent. The company said that there will be changes in the company’s Articles of Association (AoA).

The teleco stated that the Department of Telecommunications (DoT) had offered Vodafone Idea a few options regarding the Telecom Reforms Package. The board had opted for deferment of Spectrum Auction Instalments due upto 4 years; and deferment of AGR related dues by 4 years in the meetings held on October 18 and October 27 last year.

The DoT had also offered the company a period of 90 days to exercise the option of converting the interest that would accrue on instalment payment during the moratorium period into equity. The NPV of the amount was to be calculated as on the date of exercise of the option.