Lessons from past crises

History has an eerie way of repeating itself and memory of the pain of busts, according to economist John Kenneth Galbraith, is perhaps the best regulator. 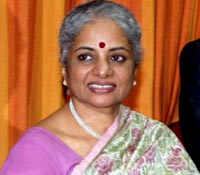 History has an eerie way of repeating itself and memory of the pain of busts, according to economist John Kenneth Galbraith, is perhaps the best regulator. Hence, we owe it to the system to recollect and recount lessons from past crises. The key lessons are how to anticipate and take pre-emptive action and, once you are in the middle of it, how to respond effectively viz. crisis management. During my journey in the RBI, I’ve witnessed crisis situations of differing dimensions and feel veteran enough to share these and draw lessons from them.

The Balance of Payments Crisis
In 1991, our forex reserves were down to 11 days’ worth of imports. While the crisis was triggered by an increase in oil prices and the Gulf war, the underlying factors were the macro imbalance in the form of unmanageable current account and fiscal deficits.

The Securities Irregularities of 1992
The irregularities reflected speculative buying in the stock market funded by bank liquidity through repurchase transactions in government securities and bonds. The events that led to these irregularities could be attributed to weaknesses and lack of transparency in the market infrastructure for government securities (G-secs), excessive liquidity with public sector undertakings, nexus between banks and brokers, and inadequate internal controls that led to bank funds flowing to stock markets, fuelling an abnormal stock price rise.

The NBFC Imbroglio
The non-banking financial companies (NBFCs) have been subjected to a relatively lower degree of regulation vis-à-vis banks. Also, features like no entry barriers, no requirement for large investment in fixed assets and inventories, etc, led to their unbridled proliferation. A few such companies, which were perceived to be functioning well and, hence, had a large depositor base, defaulted in repayment. This highlighted that the extant framework was inadequate in regulating NBFCs.

Asian Crisis of 1997: The First Global Contagion
The Southeast Asian crisis, which started with stock market and currency crashes and spilt over to the realty sector, changed the way Asian countries looked at issues of financial stability. The Indian market was not immune. The impact on the domestic interest rates and liquidity was the cost to be paid for restoring stability.

Urban Cooperative Banks: The Weak Link
The tightening of regulation in the banking and NBFC sectors saw the gravitation of risk to the lightly regulated Urban Cooperative Banks (UCBs), which were under dual regulation of the RBI and the registrar of cooperative societies. The stock market crash in 2002 triggered a payments problem and a large UCB, Madhavpura Mercantile Cooperative Bank, crashed due to its huge exposure to one broker. The systemic implication was that as hundreds of small UCBs had an exposure to this bank, their collapse, though confined to a small region, would have been very disruptive. In any case, the Madhavpura Bank collapse led to an erosion in public confidence and there were a series of UCB failures.

Failure of Global Trust Bank in 2004
A very large capital market exposure and shortfall in provisioning were the causes for the downfall of the bank. The common depositor does not have the wherewithal to study bank balance sheets before making a deposit, but even institutional investors seem to be gullible. It was also realised that though insolvent, a bank can carry on without a run as long as it has adequate liquidity or access to liquidity. This experience gave us valuable lessons on how to deal with a bank run.

As for the current crisis, the major learning is that globalisation has meant no country is immune to the happenings in global financial markets. The presence of interconnected financial entities across several jurisdictions with regulators at the national level has posed huge challenges in ensuring that there is no regulatory arbitrage and that there is coordination among regulators. Even within a jurisdiction, it is recognised that all regulators have to deal with systemic risk and there is need for inter-regulatory dialogue and vigilance.

The lecture, a part of the Institute of Banking and Finance Distinguished Speaker Series, was held in Singapore on 12 October 2009.