Provisions seeking independence of board members have been tightened. Can the companies catch up? 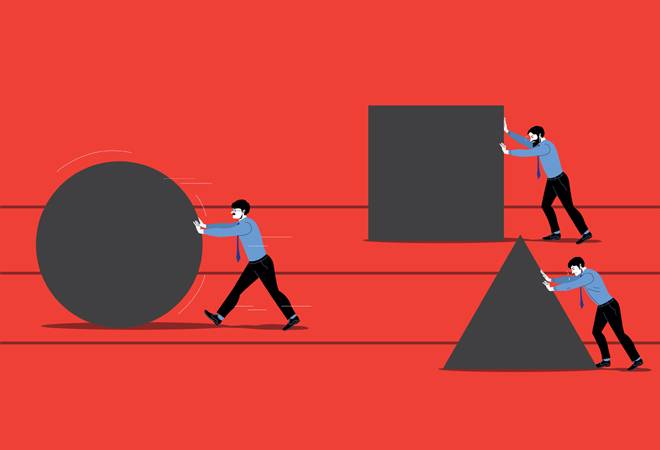 It seems like an exodus. In just six months of FY 2020 - April to September - 826 independent directors ceased to be directors, among all NSE-listed companies, as against 922 in the whole of previous fiscal (FY19). Of that, 128 cited pre-occupation; 83 personal reasons; 86 were not interested; 92 did not give any reason; and 49 said they were complying with the Companies Act and Securities and Exchange Board of India (Sebi) regulations. The numbers are from the NSEInfobase. Experts in the field believe perhaps some of it has to do with the developments in the recent past. This includes default of Infrastructure Leasing & Financial Services which led to a crisis in the NBFC sector and the bid for renewal of Rana Kapoor's tenure at Yes Bank. The role of independent directors had come under the spotlight in both the cases.

That is not all. As tremors have hit board rooms of groups and companies as big as the Tatas, Infosys and ICICI in the past few years, questions are being raised on the part played or not played by independent directors who were supposed to protect the interests of shareholders. In the Tata group, could independent directors have ensured an amicable settlement between the then group Chairman Cyrus Mistry (who was removed from his post in January 2017) and the board, one that did not hurt the brand or group image? After all, these matters did not appear overnight and would have been festering over time. The board is responsible for interests of stakeholders of a $100 billion empire; not to miss the fact that over the past 18 months, four directors on Tata Sons board have left; their posts have not been filled. At Infosys, N.R. Narayana Murthy is a tall leader but what did his return say about the board and its independence, especially in addressing issues of succession planning? If all it could do in response to a crisis was to bring the founder back, what was the message being sent out to internal talent and leadership? Industry watchers point out that such moves demotivate employees. At ICICI, first a clean chit was given to CEO Chanda Kochhar, and a few months later, she was accused of irregularities with demands that even her bonuses be recovered. Was the board, despite having people of high calibre, effective?

This raises a question - are independent directors on boards of some of India's biggest companies truly independent?

Samir K. Barua, Professor and former director of the Indian Institute of Management (IIM), Ahmedabad, who has studied the subject closely and is on several boards, says: "In all three situations, the boards were required to intervene as fiduciaries, with well-defined duty towards all stakeholders of the companies. The governance issue, therefore, is whether they acted correctly and effectively to deal with issues that arose? My view is that the boards were found wanting in all three cases."

Several elements need to come together if independent directors are to function in a truly independent fashion. It begins with the intent of the promoter group and its willingness to live with open dissent and board members asking tough questions and not succumbing to groupthink. The stature of board members is also a crucial component that decides the degree to which members will act independently. However, the key factor is the nature and quantum of information that is shared with board members and the time provided for serious deliberations, followed by the extent to which their feedback is incorporated and suggested changes implemented.

Many subject experts with deep understanding of business landscape and seasoned bureaucrats (post their retirement) join as independent directors. However, independent directors need to ensure the intent of the promoter. As Arun Bharat Ram, Chairman of SRF, puts it: "The management must have a clear vision of what they intend to achieve, and if they want a truly independent board." Arun Bharat Ram says today a large number of companies in India are run by business families and much depends on their approach towards independence of board members.

While intent is important, more critical is execution. "The real test happens when you allow independent directors to work effectively for which they should be free from all conflict of interest with promoters," says Amit Burman, Chairman of Dabur India. "At Dabur, we feel the interest of the organisation is paramount. We were one of the few business families in India who separated ownership from management way back in 1997. Once we did that, we decided we needed more board independence and be a board-run company. Then, we had six family members on the board. Today, there are only four family members on the 13-member board, and seven of these are independent members. We were among the first companies to have a woman board member."

How to Follow the Law in Letter and Spirit

Aligning with company, not promoter

Make it easy for directors to access papers ahead of meetings

Give members scope to ask difficult questions that are taken seriously

Seek subject experts and people of high stature as independent directors. Efforts are on address these though some highly debated provisions around director data and making them sit for examinations

Ensure access to independent consultants for views on key matters

To ensure that board independence is alive, kicking and functioning, enablers need to be put in place. G .V. Prasad, Co-chairman and Managing Director of Dr. Reddy's, says that eight out of his company's 10 board members are independent. "The issues that need to be debated must be put before the board and members given enough time to absorb and understand those. You need to give them adequate notice and time." While there are norms and secretarial standards to be put in place, it is how empowered the board is that matters. Dr. Reddy's fixes its board meeting calendar two years in advance for each quarter's board meeting spread over two days. Others do it too. T.N. Manoharan, Chairman, Canara Bank and an independent director on boards of Mahindra & Mahindra and Tech Mahindra, says the calendar is finalised three years in advance at Tech Mahindra and a year in advance at Mahindra. The agenda items are posted on the board portal and circulated well in advance.

After all, directors need relevant information well in advance and adequate time for discussions. Dr. Reddy's also has a board portal which gives every information the members need and a board Management Information System. This is not only for board meetings but also to ensure that committees get enough time to discuss each issue threadbare and bring it back to the full board. For the past six years, the company has been uploading all the documents on an app, called BoardVantage. It is an app that some other companies also use.

Much of the independence of directors depends on the calibre of people on the board, feels Kiran Mazumdar-Shaw, who has roped in people ranging from the deputy prime minister of the Irish republic to corporate governance expert and former Sebi Chairman M. Damodaran as independent board members.

While some companies rope in big guns, the vast majority are far removed from this. As Nupur Pavan Bang, Associate Director, Thomas Schmidheiny Centre for Family Enterprise, Indian School of Business, points out: "Despite enough statutory provisions in the Companies Act and the listing agreement that make it mandatory for companies to have truly independently functioning boards, this is still a concern in India. Out of 6,000-odd listed companies, only a fraction would have enlightened promoters who are keen to follow the law in spirit and not just in letter." She feels awareness of the importance of independent directors and the value they can add to the long term sustainability and growth of the firm is the first step. The second is getting them to add value to the firm. "The majority of companies may not be able to attract industry stalwarts even if the intention is there. In fact, getting such people is becoming a challenge for companies. Yet, if intentions are there, it may take time, but the firm will be able to put together a board that contributes to the strategic and sustainable growth of the firm."

How Time Is Spent

But even those who are able to find some big guns as independent directors many not get what they expect. Kiran Karnik, one of the directors appointed by the government to save Satyam Computer before its takeover by Tech Mahindra, feels board independence is an area of concern "as we have seen in recent years some highly-respected companies, sometimes with high-profile independent directors, going through serious problems."

An equally important worry for him is the items on which boards are spending time. Says Karnik: "Perhaps because of the increasing number of frauds, the focus seems to have shifted to looking at accounts and finances than taking a strategic view over a much longer term and dipping deeper into issues around succession planning, company image, etc." Barua of IIM-A says, "The key challenges I have faced as independent director include aggressive reporting of accounting performance when significant portion of executive compensation is linked to profits; excessive risk-taking by management to enhance performance in the short run; and uncalled for interference in management by the dominant shareholder." Karnik feels it is important to differentiate between a business failure and fraud so that we do not reach a point where high-calibre people lose interest in taking on role of independent directors.

While he recognises that board independence is still an issue, he is quick to say: "See the number of companies and the number of scandals that come out. The percentages are minimal and happen all over the world and not just in India."

But then, what is his solution? "Independent directors have to put their foot down if what they say is not followed or they don't like what they see and want the management to change it. They must get promoters to adhere to their requests and if this is not done then they could resign en masse, which no promoter or management can afford, as it can seriously hurt the brand and the image." So, "there are ways and means to protect the interests of stakeholders," says Parekh.

On the unfinished agenda, Parekh says, "Promoters and managements must have a clearer conscience and should not divert money or take money out. They have to live by the rules. I am happy to see that the younger generation of entrepreneurs want to run companies differently than their fathers, and that gives me hope."