To survive and grow, all businesses need a culture that is conducive to innovation. Enabling management attributes and a top-down involvement can make this possible 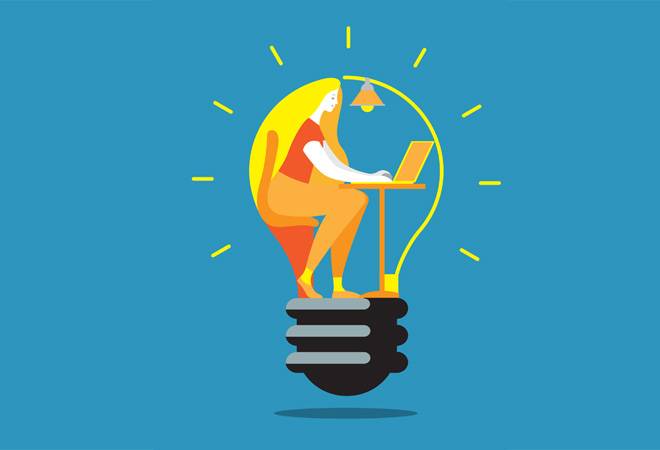 When Marico Chairman Harsh C. Mariwala wanted to strike out from the family-owned Bombay Oil Industries in 1990, he realised that operating out of the bustling commodity market in Mumbai's Masjid Bundar would be difficult. The location was not conducive to attracting talent. Many times, people who came once, never showed up again. Mariwala changed tack and started meeting people outside the office. By 1992, Marico shifted to a tony address in Bandra, which helped the company induct the right kind of professionals. This helped him become one of the early Indian businessmen to unleash the power of innovation. Among the first innovations was launching Parachute coconut oil in blue plastic bottles, a change from the tins in which it used to be sold till then. Soon after, competition followed suit.

That was then. Almost 30 years later, innovation is still key for any business to survive and succeed. But how does one marry innovation with the culture of the company, and show its impact on growth charts? "First, you need to have diverse people on board. When you put together people from different backgrounds, it becomes a melting pot of ideas, which drives innovation," says Mariwala. "There should be room for experimentation and risk-taking. All these work well only in an environment of openness and trust, led by a management that is constantly reinforcing this culture."

Mariwala says it is important that people in the company are aware of the importance that top management gives to innovation. There are clear benefits, both tangible and intangible, for an organisation that follows a culture of innovation, as this is directly linked with improved productivity, which has the potential to trigger seismic shifts in business outcomes.

Rishikesha T. Krishnan, Professor of Strategy with interest in innovation at the Indian Institute of Management Bangalore (IIM-B), and the author of "From Jugaad to Systematic Innovation: The Challenge for India", cites the example of Titan. The company, he says, was able to not just improve productivity but also bring about innovations in products, processes, branding, advertisement, marketing and manufacturing with an automated diamond-bagging machine (a system to count diamonds in jewellery).

Among the challenges that companies looking at nurturing innovation grapple with is ensuring that there is not just innovation in product development but across the spectrum - products, processes, even manufacturing.

The Zero to One team is focused on creating new thoughts and ideas for initiatives, services, digital platforms, products and brands. Once it has got early acceptance from customers, it is handed over to the One to Hundred team that scales it up nationally. He shares an example of Karmiq, a brand of snacking products made from dry fruits that are available through the year. This made dry fruits a round-the-year product and not just a product sold only around festivals.

According to Biyani, innovation is "a continuous process, involving small and big initiatives in everyday business. From a new way to display a product on a shop shelf to building a digital consumer-engagement platform". While support to experimentation is encouraged, so is the need to give adequate weight to rigour and discipline and cross-fertilisation of ideas.

To a large extent, innovation is about taking risks. That's what Hyderabad-based pharmaceuticals company Natco Pharma did. It has built a growth model based on taking on big pharma and launching low-cost generic versions through patent challenges in areas such as cancer care - and is now trying to replicate this in the agriculture space. "It is the ability to go after things that most people do not want to because of risks involved either on account of patent challenges or new product development. While patent challenges are known in pharma, they are not that much prevalent in the agriculture space," says Rajeev Nannapaneni, Vice Chairman and CEO, Natco Pharma. It has already invested over Rs 100 crore to set up a unit to manufacture agri products at Nellore in Andhra Pradesh.

While innovation is happening, what is critical is to get the right mix of people to drive innovation, quite like what Mariwala did. Rekha M. Menon, Chairman and senior Managing Director, Accenture in India, while talking about the newly built "innovation hub" facility a little over a year ago, had said: "The type of people we are hiring is shifting. We are hiring data scientists and people with design skills. Earlier, we used to hire mostly engineers, management graduates and some specialists in areas such as finance and human resources."

The change happened because of a shift in the type of work. Today it involves design thinking and lots of analytics. Kishore Biyani, for instance, operates two large design firms - Idiom in Bangalore and DY Works in Mumbai - that work independently with outside clients as well as their internal teams and bring in, what he calls, "a design-led, innovation approach at every stage of business - ideation, creation and execution".

Bengaluru-based software major Wipro, too, took the innovative designing route. Ajay Parikh, who heads Wipro Infrastructure Engineering's Additive Manufacturing (3D) business, says: "At Wipro3D, we have stayed away from traditional organisational silos such as design manufacturing quality. Most engineers run a project from design to deployment, including commercial elements using requisite skills, in a workplace that looks more like a design studio than a manufacturing set-up. This means most people are customer-facing and no one is insulated from market forces. This drives ideas, new approaches to customer solutions and everyone focuses on value creation for the customer and the business rather than completing routine transactions. It ensures everyone has context and perspective. "Probably that's why it is Wipro3D which put India's first metal 3D-printed functional component into space or built India's first electron beam metal 3D printing machines or was chosen by a premier aerospace organisation in India as a strategic partner in Metal 3D printing," he says.

The experiment with new platforms is turning out to be a game changer for companies. An apt example is the shadow board made up of young people who get a chance to play a role in deciding strategies for the business. The $20-billion Mahindra Group has had shadow boards with young managers for several years now. It, among other things, influenced the group's decision to acquire a stake in Punjab Tractors, something it was not so keen on initially.

To get the best results, much depends on how current skills and the ones that companies intend to hire are deployed. The Mahindra Group tried to address this through what its officials call their "Research Valley", Hackathon Challenges and Concept Development Centre where innovators can build prototypes. It is yielding results, say officials. They have contributed to products such as the Scorpio, XUV 500, Marazzo, XUV 300 in automotive space and compact tractors like Novo, Yuvo and Jeevo. It adds to bottom line and growth.

While that may be so, it is critical for the organisation to make innovation part and parcel of daily work. Innovations around what customers need work well when information flows smoothly riding on a flat organisation structure.

A little over four years ago, New Delhi-based health foods and breakfast cereals company Bagrry's did what Marico did in 1992 in Mumbai. It shifted its head office from an industrial area in north-west Delhi to a single floor in an upscale mall with an open office in South Delhi's posh Vasant Kunj. Creating a flat organisation was the first step. The bigger challenge was the space it was operating in - a competitive and niche business of muesli and oats within breakfast cereals which in itself was a niche space for any company.

While Bagrry's did not have a presence in cornflakes, it launched an innovative product that conveyed its USP of selling "healthy" products. "We needed a product that was healthy and with low glycemic index. After a few initial innovation failures, we finally got it right with Corn Flakes Plus," says Aditya Bagri, Director, Bagrry's India. Here, it added fibre with a unique in-house fibre-infusion process. It gave it an entry product to ride on during expansion of the retail presence.

"Since 2016, when we launched this, we expanded our presence from 35,000 to over 50,000 outlets across the country," says Bagri. "Corn Flakes Plus accounts for almost 25 per cent of our overall growth," he says. Last year the company grew 35 per cent, of which 25 per cent came as incremental revenues from Cornflakes Plus. In 2016, Bagrry's leveraged its presence in the mall and launched a health cafe offering natural whole grain products to try out new offerings and turn a kitchen product into an FMCG offering. This model seems to have worked. At present, it has four such units and more are in the pipeline.

But then, there is the final bit that still remains - that of evangelising innovation. Even if there are bright people and clever ideas, it is crucial to build systems that pick them up in time, give them the visibility they deserve, and use that as a trigger to drive more people to become innovative.

Many companies have various ways of doing this, the most common being giving away innovation awards, not just to employees within the company but also to others working in related areas outside the company and in the start-up world. The end goal is to learn and showcase and promote efforts that can trigger people to become more inventive.

But despite the right competencies and management architecture that promotes innovation, the ride need not be smooth. Marico faced this around 1999-2000. That was when Hindustan Lever launched Nihar and positioned it as a major challenger to Parachute - Marico's resource-generating engine. Could Marico survive? Would it sell out?

Not only did Marico eventually buy Nihar from HUL in 2006, new market realities ended up accelerating its drive to leverage innovation and strengthen it with more product and service innovations. So, from sales of just Rs 106 crore and two products in 1991, Marico is today a leading consumer products company with over Rs 7,000 crore in sales and over 20 brand extensions. It has also moved up the value chain and transitioned from being only an Indian company to an international player and moving into the high margin business.

Despite all that has been achieved, India is still not among the leaders in innovation, quite like what American and Japanese companies have been all along. While there is greater innovation happening, it will be quite a while before India comes anywhere close to the global leaders.