Future cities to be smart in every aspect

The city of the future is smart in every aspect; clean energy, super infrastructure and advanced technology. Take a look at what's to come.

Efficient and innovative forms of transport will define future smart cities
In November 2011, the global population crossed the seven billion mark. With more than half this number living in cities, progression dictates that the next natural step will be to manage and benefit from this growing density of people. Forging a bridge from the present into the future, the concept of 'smart cities' has become the need of the hour; cities where information, infrastructure, communication, technology and environmental sustainability merge to provide a solution. The biggest global players in this field-IBM, Cisco and Siemens are in the process of developing green sustainable projects globally.

ABI Research's Smart Cities Research Service predicts that the industry is expected to grow to $39 billion by 2016, and indicates that smart city technologies have become an almost essential investment for developed nations around the globe. ABI Research practice director Larry Fisher says, "Certain technologies are in use in most Smart City projects and programmes. These include communication-based technologies, such as broadband, Wi-Fi, and Radio Frequency Identification, while others target improved energy efficiency through the incorporation of smart metres and the smart grid." 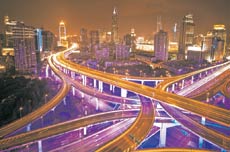 Top class infrastructure will be the order of the day in tomorrow's cities
If you thought the futuristic world depicted in science fiction films was an overactive imagination at work, think again, because in half a century that's what our urban centres might look like. Future cities will follow a design and function where residents will have more power than they have had at any point in history, with technology deployed to better infrastructure, transportation, government services, and clean energy.

While load shedding and power cuts are common in our developing cities, their frequency over the past decade has diminished. Despite this apparent progress, we are still a long way off from being at par with the advanced energy solutions adopted by developed nations, of which thin film solar is at the forefront. Windows and awnings can now be used as solar panels coated with thin film solar technology, enabling them to function independently as a means of capturing and generating electricity. Governments across the world are encouraging the trend by subsidising the cost of material and installation. In the next 10 -15 years, cities will use upgraded versions of this technology on a broader scale.

Solar energy capture will be integrated within the architectural plans for new constructions and retrofitted into older buildings. Adding to this undepletable energy source, cities will also rely on wind farms on the outskirts of the city for power.

The city of the future will employ the latest transportation technology-hydrogen fuel cell cars, electric cars, biofuel cars, hydrogen buses, hydrail trains, elevated trains, subways, and eventually even flying cars for emergency personnel. Airplanes will stand by at airports and spaceports on the outskirts of the city, while smaller airplanes and helicopters at mini urban ports will be on call for passengers on short trips.

Our recreational facilities will reach a level of augmented reality (a live, direct or indirect, view of a physical, real-world environment where elements are exaggerated by computer-generated sensory input) unfathomable to the human mind today. 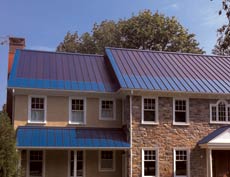 A future home with an in-built solar panel roof for energy generation and conservation
Physical retail destinations will be downsized and shopping will completely be transferred online. Today's ubiquitous shopping mall will fade away as consumers will be able to use augmented and virtual reality even to try on clothes and other items from the comfort of their own homes.

Schools, playing fields, sports facilities, government offices and judicial courts will all be convenient to reach, although much of their functions will be accessible via virtual and augmented reality. The need for travel will diminish, and traffic jams will finally be a long forgotten headache. And all of this development will not be restricted to the ground level.

As far as the infrastructure and appearance of these cities go, they will be planned and designed in a way to accommodate vast underground networks. Subways, stores, computer data centres and even businesses will be located underground, to maximise space and utilise the natural heating and cooling systems of the earth.

These urban plans are barely credible, but then, just a century ago our web-driven reality would seem as outrageous. A number of smart city projects are already being developed to meet these standards. Songdo in South Korea will be the world's most expensive privately developed city and represents Cisco's vision of an almost omniscient telepresence. PlanIT Valley in Portugal is designed to mimic logical software, while Skolkovo in Russia focuses on transportation, education, and health care organised into meticulously planned smart grids. Pay attention to where you are, because the future is here.