My own wine Kabuki

Sourish Bhattacharyya
I know a wine dinner is working when the conversation sizzles. Sample this exchange between the two women on my two sides. “I have been in bed for the past seven days,” said one. “Was the sex good?” asked the other.

Six years back, on a laidback afternoon in Verona, Italy, three of us decided after a bottle of wine each, to start the Delhi Wine Club. It seemed like a drunken boast, but six years and 132 dinners later, the wine club has a life and a reputation of its own. Initially, it was like a club of retirees who joined just because it seemed fashionable, but over the years, the members have become younger and they represent a number of nationalities, mirroring the National Capital Region’s multi-cultural melting pot, and at each dinner we seem to be discovering a new and delicious secret about the best thing to have ever been invented by humans.

A wine club is a place where like-minded people gather to share the joys of delving into the vast unknown. My column today is to share the excitement of one such discovery. When I informed my better half about a wine club dinner at Ai, the chic Japanese restaurant in South Delhi that’s been inspired by Zuma of London, she said you can’t have anything but sake with a Japanese meal. Sure, sake is a great accompaniment, but wine pairs even better. 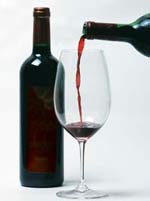 I realised this when I was writing a book that was more like a primer to introduce the secrets of the Japanese kitchen to an Indian audience. The Japanese hotelier with whom I was working on the book used to say that one of the commonest myths about his country’s dishes is that they can’t be paired with wine.

He recommended a Pinot Noir for sushi and sashimi, but I converted to his philosophy only after I had a Puligny Montrachet, one of the muscular Pinots of Burgundy, with nigiri sushi at a wine club dinner at Sakura, Delhi’s first classical Japanese restaurant at The Metropolitan Hotel. I’d been told that no wine would agree with the rice vinegar and wasabi that go into sushi, but I’ve always believed that theories must stand the test of tasting.

As long as our taste buds agree to a pairing, theories can go take a long walk to hell. At Ai, the food isn’t classical Japanese—the raw fish in the sushi is spiced up, potato croquettes have been modified according to local tastes and the flat noodles taste as if they’re straight from a Sino-Ludhianwi restaurant. But the wines selected for the evening—all from the UB’s wine venture, 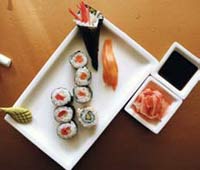 Pinot power
United Vintners—paired seamlessly with the offerings. As expected, the Pinot Noir, from New Zealand’s Marlborough region, was the evening’s champion— it agreed with the California rolls so well that we kept asking for more till the restaurant ran out of the wine.

I know a wine dinner is working when the conversation sizzles. Sample this exchange between the two women on my two sides. “I have been in bed for the past seven days,” said the one with the sore back. “Was the sex good?” asked the other. I couldn’t help chipping in: “Good sex is best for bad backs.”

We had just had two wines from 10 Chapters, a South African company promoted by the former cricketer and master of run outs, Jonty Rhodes. One was a discovery—it was a Gervino Blanc, a white that blends Sauvignon Blanc, Viognier and Chenin Blanc, and which I felt was right for a North Indian spread. The other was a Shiraz, a robust red that we normally don’t associate with South Africa. It was so silky that—if you allow me to use an overused wine cliché—it danced merrily on the tongue. It also helped that the accompanying miso-grilled chicken was the best that the restaurant had to offer. Now, did anyone say chicken did not agree with red wine?