Chopard's special edition L.U.C XPS
Chopard's special edition L.U.C XPS
Celebrating the 125th anniversary of the 'Poinon de Geneve' quality hallmark, Chopard has unveiled a limited edition of its L.U.C XPS model equipped with a date window. This ultra-thin watch meets all the 'Poinon de Genve' criteria, which the company is proud to perpetuate as part of its signature watchmaking tradition. The model is powered with the in-house L.U.C Calibre 96.01-L movement which is a self-winding one. All of this fits into an ultra-thin case, which also packs in a 65-hour power reserve. Set in 18-carat rose gold, the timepiece has gold-toned hands which offset its chocolate-brown, sunburst, satinbrushed dial. Just under the logo is a sign indicating it is the 125th anniversary edition.
Price on request 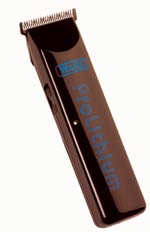 Wahl's Ambassador Grooming Products
Wahl, a well-known name in men's grooming products, has finally made its foray into the Indian market. It has long been a pioneer in the field with products such as the vacuum clipper, which allowed for a haircut without the cape. Its latest is the Pro-lithium clipper which boasts of a a quick recharge and long battery life, making it the perfect companion for travelers.
Price: Rs 6,500 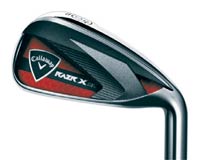 Callaway's Razr X Black Driver
A level up from its predecessor, the Razr, this driver is set in titanium, a lighter metal which promises to add the advantage of stability and consistency to your swing. Calloway also says the design optimises the center of gravity, reducing drag and increasing speed.
Price: Rs 17,990

LG's Cinema 3D Projector
The impact of 3D isn't half as overwhelming on a television screen, which is why people prefer to watch this format in cinemas. This is where LG's 3D Cinema Projector steps in. It is powered to throw a 200-inch full HD image, which supports 2D and 3D content. It's 1,250 lumen lamps make it six times brighter than other premium projectors and the Film Patterned Retarder technology makes it compatible with polarised 3D glasses, more comfortable and way cheaper than the shutter-bug ones. An animated spin on home entertainment, we say.
Price: Rs 8 lakh 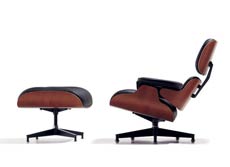 Herman Miller's Eames Lounge Chair and Ottoman
When this was introduced in stores across New York and Chicago, the set was the first of its kind. Owing to the comfort it affords, it retains its exclusivity. Available in different varieties of high-quality leather and two wood finishes, giving it a warm earthy look, the set is perfect for airy indoors. An exercise in exclusivity, this is hand assembled with individually upholstered and replaceable cushions. Should you feel guilty about lazying around on it all day, you should be aware of its ecofriendly merits; namely, it uses between 24 per cent and 29 per cent recyclable materials.
Price: Rs 4.15 lakh 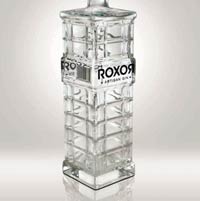 New Artisan Spirit's Roxor Gin
The recpie for this gin by James Beardaward winning chef Robert del Grande, calls for 12 botanicals. The beautiful bottle by Pavisa is a hat-tip to America's great skylines. Currently sold in limited quantities in the US, nationwide sales begin later this year.
Price: $34.99 per bottle 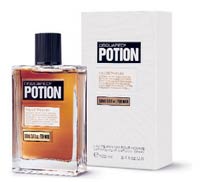 DSquared2's Potion
This strong fragrance is crafted by blending mint leaves, peppercorns, cinnamon, cashmere wood, rose petals and a dash of musk. It comes in an old-school bottle with grooves cut along the sides and features a black lacquer 'millerighe' zama cap.
Price: Rs 4,700 for 100 ml