Places to travel and things to do this month

Places to travel and things to do this month.

While the economic struggles plaguing Wall Street and Europe have been making headlines, the Gulf shiekhdom of Qatar has never seen better days. Having replaced Luxembourg as the richest nation in the world, the country's wealth is now almost twice that of the United States. According to data released by the International Monetary Fund in September 2010, Qatar's GDP per capita was at $88,222 as compared to $81,466 for Luxembourg and $46,860 for the United States. It is estimated to reach $111,963 by 2016. IMF forecasts predict that the Gulf nation will have the world's fastest- growing economy for a second year in a row in 2011 once again. One of the major factors contributing to this phenomenon is Qatar's strategic and fortuitous location over a massive reservoir of natural gas which makes it the world's largest exporter of liquefied natural gas.

Of course, having a population of just about 848,000 people doesn't hurt when it comes to spreading the wealth either. Currently preparing to host the 2022 soccer Word Cup, Qatar has established itself firmly on the global map.

Stars for Germany
La Vie restaurant in Osnabrck, Germany has earned a coveted 3 Michelin stars, making it the ninth in its home country to win the honour. What's even better is that the award has given the city the honour of being home to the most 3-Michelin star restaurants after France. The good news doesn't end there. Michelin inspectors have recognised and promoted ten new restaurants in the country, giving it a total of 32 two-starred establishments.

The one star establishments have also increased from 205 last year to a total of 208. 23 of these are new entrants. This year's edition is said to be the heaviest with more starred eateries than ever before.

Palace for rent
St James's Palace, the official residence of the British monarch, will open up its state apartments for rent during the 2012 Olympics in London next year. Although the cost of renting a room is a whopping $47,500 a day, it doesn't seem like too high a price for the royal quarters. Live in style as the games begin. Stock Up On Bubbly
If you foresee 2012 as a year of celebration and deem nothing less than French champagne a worthy partner to the cause, you may want to stock up your cellar. Major champagne houses have forecasted up to a six per cent rise in the price of champagne globally as a result of the increase in grape prices from Champagne region's 2011 harvest. Additionally, a cost increase from the production end will spur a potential 7.5 per cent hike in duty, which will make retail prices soar even higher. The repercussions of this price change are inevitably going to trickle down to the consumers. Champagne makers are afraid it will force consumers to turn to more affordable options. So while this could badly hurt those in the champagne business, it indicates a surge in the sale of Italian prosecco which stands to gain at the bubbly's expense. With a case of prosecco equalling the price of about two bottles of France's best bubbly, the obvious winner will be the Italian sparkling wine. Our advice: start hoarding on the French stuff or make the switch to prosecco when prices jump. 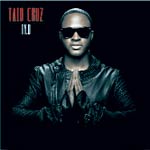 Taio Cruz
Taio Cruz, TY.OThe R&B singer is ready with a third album out in January. With 11 tracks in all, it includes a collaboration with David Guetta and Ludacris.

Lamb of God, Resolution A follow-up to their album in 2009, the metal band has stuck with producer Josh Wilbur, and promises a headbanging rhythm.

Gym Class Heroes, The Papercut Chronicles II
After their worldwide hit single Stereo Hearts topped the charts for weeks, this next album is a sequel to the band's 2005 album of the same name.

Enter Shikari, A Flash Flood Of Colour
The punk-rock band's third album has been produced by guitarist Dan Weller with mixing by Mike Fraser.

Things to do this month

INDIA ART FAIR
The fourth edition of the India Art Fair will be held in New Delhi from January 25-29. One of the most attended art fairs in the world, last year's summit drew artists from 17 Indian cities and 67 international ones. Presenting art to discerning enthusiasts, it is India's premier creative event.
Website IndiaArtFair.com

JAIPUR LITERATURE FESTIVAL
Asia-Pacific's largest literary festival, this year's event is being held between January 20 and 24. Held every year at the beautiful heritage property, Diggi Palace, the festival is an exciting mix of readings, talks, literary lunches, debates, workshops and interactions punctuated by musical performances and other performing arts.
Website JaipurLiteratureFestival.org

LONDON INTERNATIONAL BOAT SHOW
The annual Tullet Prebon boat show features up to a thousand boats and more than 500 exhibitors showcasing the finest in boating products, equipment, clothing and holidays. In addition, visitors can experience the best in boating, watersports and shopping. Held between January 6 and 15, climb aboard.
Website LondonBoatShow.com

CHINESE NEW YEAR
This is the most important day in the year for the Chinese. Beginning on the first day of the first month of the lunar calendar (23 January) it ends with the stunning lantern festival on 6 February. Eating dumplings are virtually de rigeur.
Website TravelChinaGuide.com

MEET THE DALAI LAMA
On January 2, in New Delhi, start the year on an enlightening note by attending a talk by His Holiness, the Dalai Lama, on 'The Power of Compassion'. Organised as part of the Penguin Annual Lecture Series held at the India Habitat Centre, this is one opportunity you don't want to miss. Log on to the website for details.
Website DalaiLama.com

LONDON INTERNATIONAL MIME SHOW
The London International Mime Festival 2012 will bring together professional actors who will perform at various venues in central London. The performances will be combined with various acting workshops, and followed by organised discussions at the end of each day. Held over 19 days between January 11 and 29.
Website Mimefest.co.uk

Out of order
Having hosted legends such as Hemingway and Coco Chanel, The Ritz Hotel in Paris has been famed for generations as the most high-profile hotel in Paris. But after failing to win the coveted title of Palace Designation (the official rating by the French tourism authorities), the hotel's management has decided to close for renovation. The hotel will be closing its doors to guests in the summer of 2012, to undergo a refurbishment which will last 27 months. Let's hope it's worth the wait.

Pamper Your Pooch
For pets of affluent owners in the UAE, it couldn't get any better. Resulting from stringent laws in the country; which forbid pets from loitering on public beaches, parks and other open spaces, pets in the country were given a raw deal. But come summer 2011, a spanking new 7-star hotel for pets, Urban Tails in Dubai, has more than compensated for the treatment. Accommodating up to 70 dogs and 40 cats, the hotel features luxurious suites, each equipped with air-conditioning and plasma TVs playing sounds and visuals which remind the pets of home. Webcams installed all around the resort allow owners to log in and check up on their beloved pets at any time, as speakers in communal areas belt out classical music to calm them. It's a dog's life.

Olympics 2012, London
Tickets for the Olympics 2012 in London, are going to be the priciest in the history of the games. So if you're planning on getting up-front and close, get ready to shell out $8760. The reason for this leap in prices as compared to the previous years, is that the ticketing process this time around is different. For starters, tickets will not be available individually, but instead will have to be bought in blocks of ten. Anyone wishing to watch the opening ceremony must simultaneously purchase separate tickets for the closing along with additional tickets for any four A-rated events. Apart from securing you a seat, each ticket will additionally include the cost of food and drinks. This will in fact, be the second priciest ticket in the history of all sporting events, second only to the 2011 Super Bowl in Texas.

Grappa has redefined itself to symbolise the Italian "joie de vie." What Cognac is to France or Sherry is to Portugal, Grappa is to Italy.

1. Grappa was originally a byproduct of wine-making. It is made from the stems, peels, and seeds discarded during the winemaking process, and comprises 40-50 % alcohol.

2. Traditionally, Grappa is served cold and straight, and good quality Grappa is best had at room temperature.

3. Grappa was originally made in the town of Bassano del Grappa, in the Veneto region of Italy, which is where it gets its name from. Though that is the authentic form of the drink, today it is produced all over the world.

4. Like wine, the flavour of the Grappa depends on the grapes with which it is made. At times sugar syrup is added during distillation to give it a more global appeal.

5. In Italy, grappa is added to espresso and called Caff Corretto. When the espresso is drunk and followed by shots of grappa it is called Amazza Caff, which literally means 'to kill the coffee'.

6. It can also be mixed with other alcohols; the Sambuca shot is a popular variation.

TRAVEL LUXE
With travel apes galore, there's still a certain charm that comes with printed travel guides, especially when they're customised to your specifications. Luxe, an exclusive publisher of city guides, recently released a brand new bespoke set of travel guides. Choose from 33 city editions to fill the striking, hand-crafted box with a crimson red interior and regal gold embossing on the top. Available in sets of eight and twelve, you can either assemble your own selection of city guides or alternatively opt for one of the prep-selected sets-the LUXE World Grand Tour, Asian Grand Tour, and European Grand Tour. A chic travel companion.

FLYING PRIVILEGES
Passengers flying with JetBlue Airlines now have the option of purchasing a special package which grants them quick access through security checks. Passengers are escorted through special, dedicated lines and don't need to wait to be frisked. This is the first airline that is selling the service rather than third-party players who introduced the scheme. The best part is, even travellers in economy can purchase the package to get a bit of that first-class feeling.