Rockin' Down the Highway

Driving down to the next town for a business deal, but there's nothing good on the radio? Here are eight songs to make your hours behind the wheel breeze past.

Jimmy Jacob
Hands caressing the wheel, you stare at the highway stretching ahead. It's going to be an eight-hour drive to the next town, and the journey is going to culminate in a meeting that would seal the fate of the biggest business deal of your career.

Despite the air-conditioning in your car, you feel your palms getting a little sweaty.  Will your company's proposals come anywhere close to impressing the clients, you wonder, and your foot finds itself stepping on the gas. The engine purrs in response, the needle on the speedometer touches the 90 kmph mark, and you wish the car stereo were playing something better than Justin Bieber.

Oh, how you wish you had taken some time out to create an appropriate song playlist.
Music is important - especially when you are hurtling down a lonely highway, and you need something to settle your nerves (and if you are feeling way too calm or sleepy, frazzle them a bit). Here's a list of eight songs that would gladly give you company on the road, stretching broadly across every genre and mood there may be.  And no, we aren't counting pop. 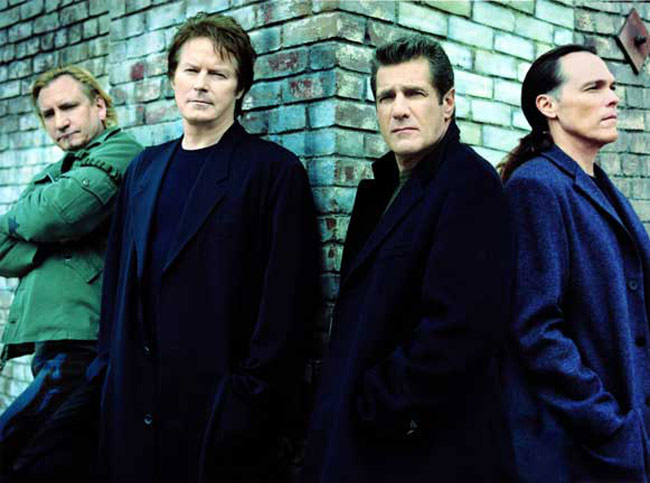 Okay, so this one plays a little too often at pubs and radio stations, but it's the perfect song to drive along to if the burdens of life are weighing you down. The vocals are light, the tone is breezy, and the lyrics speak about how you should "lighten up while you still can" - no matter how bad the circumstances are. Penned in 1972 by Jackson Browne and Glenn Frey of The Eagles, it was second in popularity only to Hotel California, which - incidentally - is also a great road trip song (albeit a slightly overexposed one) with vivid descriptions of long desert highways. "Keep your eyes on the road, and the hands upon the wheel," sings Jim Morrison in his typical gnarly tone of voice, almost as if he were a highway cop intent upon making sure that you get your driving right. But then he seems to lose track, going on to describe the destination as a Roadhouse "where people like to go down slow", followed by the ominous conclusion that "the future's uncertain, and the end is always near". But as the actual meaning behind Morrison's songs cannot be fully realised in the absence of a lethal dose of heroin, it would be better if you decide to give up on the lyrics and - instead - just lose yourself in the slow, rhythmic beat of the music. And whatever one may say, the Doors have come out with some of the trippiest songs ever. Case in point: The Ghost Song, with its ever-haunting description of "Indians scattered on dawn's highway, bleeding". But then, for obvious reasons, don't include that in your playlist, huh? Whether you pick the original by Bob Seger or the cover by Metallica, this is one song that should mandatorily find a place in your car stereo's music playlist. Slow and melancholic, the song sets the mood from its very first line about engines moaning out one-note songs on lonesome Omaha highways, then goes on to impress upon us the importance of turning the page on the unpleasant bits of life. Though the song was originally meant to describe the nomadic life of a rock band, it finds an instant connect with anybody who has spent 16 hours on the road. Not a great one if you are trying to shake off the blues, though. One of the best country songs about journeys, this one plays quite well for a time when you have completed the work at your destination and are driving back to your city - and your loved ones. "Drivin' down the road, I get a feelin' that I should have been home yesterday," sings John Denver with a wistful air that only a man yearning for his family can deliver, making you go just a little bit faster down the stretch. Okay… the wide expanse ahead is probably that of an inter-state highway, and nothing like the mountain roads of West Virginia that Denver seems to be describing, but we can make certain concessions for a good song, can't we? Now there's a metal song that can get your adrenaline pumping on a road trip! The vocals are as screechy as only Rob Halford's can get, the lead guitars are positively over the top, and the crazed drumming sends your heartbeat racing to the point of no return. "My pulse is racing, I'm hot to take, this motor's revved up, fit to break," yells out Halford in falsetto, and you wonder if there's some Satanic backmasked message that's making you drive the gas pedal into the floor. A word of caution, though - the highway police don't usually approve of vehicles whizzing past them at 140 kmph. 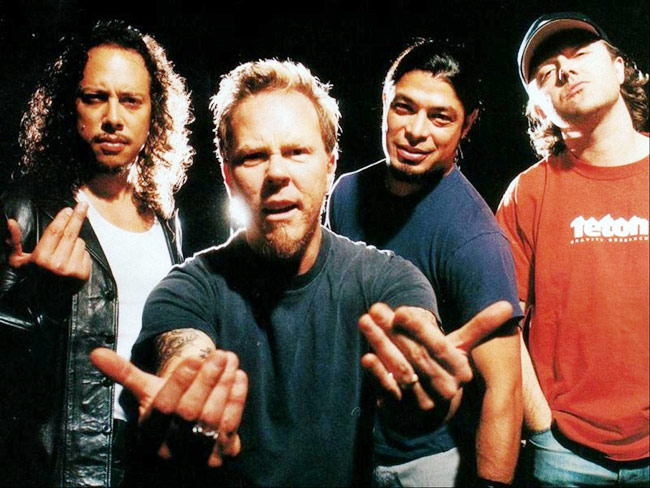 If the cops still haven't flagged you down, you could probably give this one by Metallica a try. While it's not as exhilarating as Livin' after Midnight (but that's just my opinion as a Rob Halford worshipper), one can hardly deny that James Hetfield can set your guts on fire with his vocals. "And then I burn, turning my direction, quench my thirst with gasoline," he roars, spurring you to push that speedometer needle to the limit even as Hammett, Ulrich and Trujillo create the unholiest of cacophonies in the backdrop. Really, what's not to like?

Me and my Bobby McGee 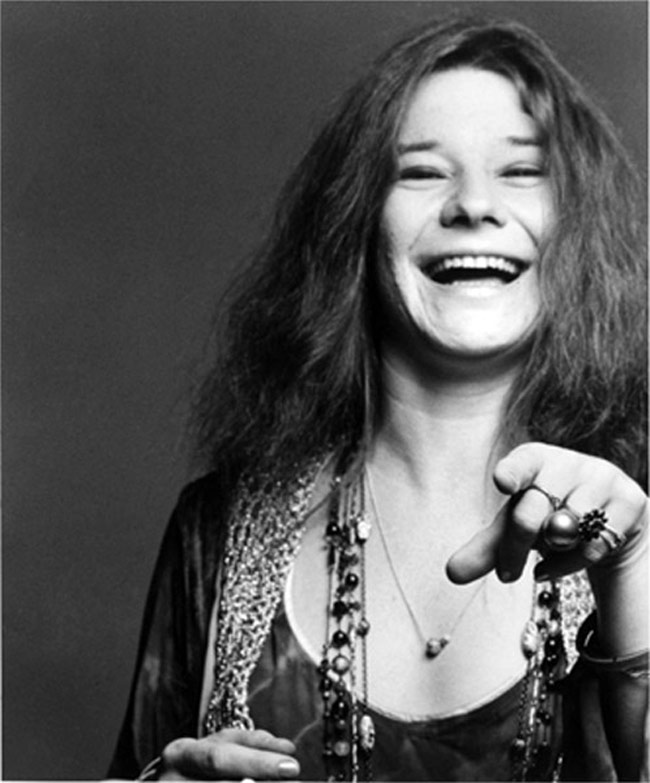 Now that you've worn out your car subwoofers with the hoarse clanging of metal, how about a musical throwback to the gay 80s - when all we cared for were music and a life with no strings attached? Bobby McGee, the version by Janis Joplin in particular, is a road trip tune that basks in nostalgia and melancholy while retaining the rebelliously cheery character that's typical to nearly every melody created by the American singer-songwriter. Narrating the story of two romantically-inclined individuals who travel through the United States only to separate when one of them decides to go looking for "that home, and I wish he finds it", Bobby McGee promises to make everything around you turn a shade of longing sepia. But, well, if your ears are more inclined to country than good old rock 'n' roll, you could even considering opting for the breezier and more soothing original by Kris Kristofferson. Do take our word on this, though - it just wouldn't feel the same without Joplin screaming La da da, La da da da, La da da da da da da da at the very end. What better way to wind up this list than with the craziest musical offering from AC/DC - the original bad boys of rock music. After all, this was the song that catapulted the band to the very top, also earning them the dubious reputation of being devil-worshipping metal heads. One of the last songs by vocalist Bon Scott before his death in February 1980, it eggs you on to do everything you shouldn't on an open highway. "No stop signs, speed limit, Nobody's gonna slow me down, Like a wheel, gonna spin it, Nobody's gonna mess me round", you hear Scott roar to the accompaniment of raging guitars and thunderous drums, and it becomes imperative that you keep reminding yourself that what you've got here is loud, bone-rattling music emanating from your car stereo, and not a set of driving instructions.

In any case, they do insist that it's all very metaphorical. Yes.

a) Ride like the Wind: A song about a Wild West convict on the run from the law, it goes: "I've got such a long way to go, to make it to the border of Mexico".  Blends perfectly with the parched landscapes that usually accompany highway rides.

b) Fast Car: One of the best songs dealing with the theme of escapism, this one has Tracy Chapman asking her partner to forge a deal that would help them get away to some greener pasture far away. "You got a fast car, and I want a ticket to anywhere…" she sings. And you swoon.

c) Highway Star: Going by the way Ian Gillan launches upon this one, you would never try taking his car. "It's a killing machine, it's got everything, like driving power, big fat tyres, everything!" he screams, and you realise that the song is definitely a worthy addition to the other adrenaline inducers on the playlist.

d) Every Breath you Take: Okay, this one should better suit the playlist in a police patrol car, but experts as well as music aficionados agree that the infamous stalker song by Sting and his merry men sounds best in a closed vehicle.  With the volume cranked up, of course.