Its arrival was highly awaited, and the OnePlus One simply outclasses its competition. 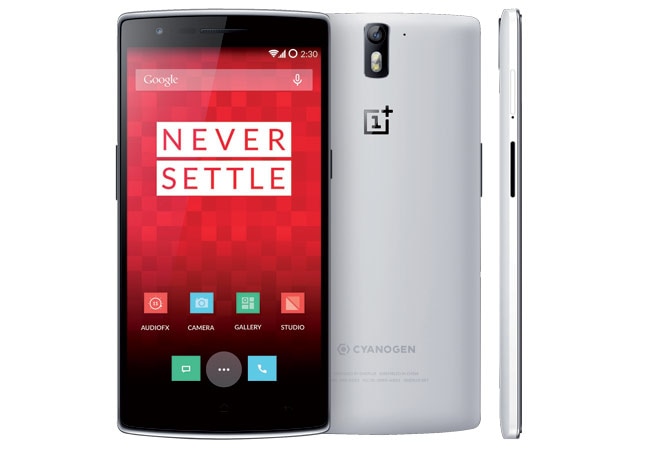 Designed for a smartphone user who is looking for an upgrade, the OnePlus One was one of the most awaited smartphone of 2014. Yes, it is a flagship smartphone, but it is priced at less than half the cost of the iPhone 6, or even the Samsung Galaxy Note 4.

The first smartphone from OnePlus, the One has got the best set of specifications. A solid built, 5.5-inch full HD touch display; 2.5 GHz quadcore processor on Snapdragon 801 chipset, 3 GB of RAM, 64 GB internal storage, Cynogen OS based on Android 4.4, and much more.

Weighing 162 grams, the One has got a slightly curved back from the edges that make it look sleek and easy to grip. The 64 GB variant launched in India has got a good sandstone finish.

The front is neat and has got a OnePlus logo along with Cyanogen written on the rear. Running on CyanogenMod version 11 based on Android 4.4, the user interface is simple and the phone gives access to all the Google services.

The One has got two themes that completely change the look of the UI, including app icons and even fonts. I spotted gestures under settings where double tapping unlocks the display, drawing a 'v' turns on the torch, and drawing a circle launches the camera, all from the lock screen itself. There wasn't any lag while downloading apps, switching between the running apps, and even playing heavy graphic games. However, at times, I was not able to search contacts from the dial pad. Just shutting the dialer app and launching it again worked.

The 13 MP camera onboard does a decent job under proper lighting. There is a 5 MP camera for capturing selfies. There is also an option of capturing videos at 4K resolution. The One comes with two SIM trays, a 3100 mAh battery that easily lasts a day.

Why we fell for it: Available exclusively on Amazon.in, the OnePlus One has 64 GB internal storage and is quite a steal
Price: Rs 21,999 for 64 GB
Plus: Display, price
Minus: No Cyanogen for future stocks
Alternative option: None