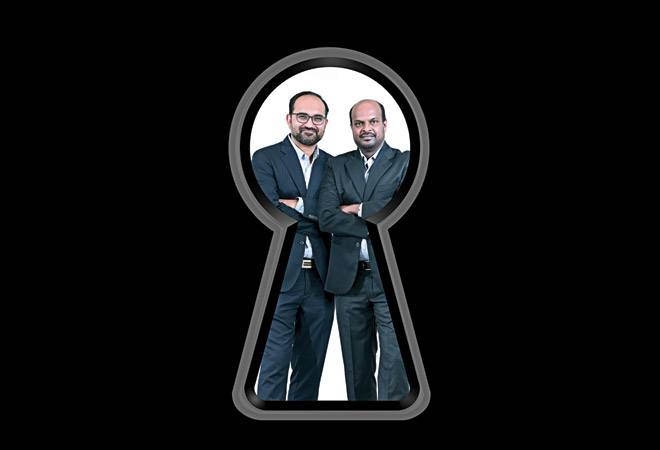 Civilian life gave Vijay Arisetty, CEO of MyGate, his start-up idea. After a medical condition forced Arisetty to leave the Indian Air Force - where he was a helicopter pilot and had even won a Shaurya Chakra in 2004, when he rescued over 300 tsunami victims in Andaman and Nicobar Islands - he worked with Goldman Sachs before becoming an entrepreneur.

When Arisetty started living in a high-rise block in Bengaluru, he observed that many strangers came to people's houses for home deliveries and that many households had high dependency on house helps. Neither the residents nor the security guards at the building had any real-time knowledge of visitors' whereabouts. With rising gated communities, booming e-commerce and hyper-local delivery services, and an increased floating population in Bengaluru, Arisetty spotted an opportunity and shared the idea with his friend Abhishek Kumar. The two approached their friends Shreyans Daga and Vivaik Bharadwaaj, an Internet security expert. They got together to set up MyGate.

"We found a sweet spot: security. People like to feel safe. In India, most sectors had gone through technology change, but a need as basic as security was yet to see this. That's how we built MyGate," says Arisetty.

Business Today got a taste of what they offer at the start-up's office. The security guard at the front office logged in the author's mobile phone number on the MyGate app on a mobile device (MyGate provides this; it only has this app and no other capability), and received a go-ahead on the same app. Arisetty explained that the product was essentially built for a security guard, and its success depends on them being able to use it with ease. Arisetty and Abhishek Kumar, the company's COO, spent the early days of product research standing at apartment gates with security guards to understand the do's and don'ts.

What they noticed was that the guards had to face a deluge of delivery boys and get confirmations from residents for their entry, coupled with very frequent queries from residents on the intercom seeking updates on whereabouts of their house help. "We have built our application system around just the digits 0-9. We have kept it simple. We have also built a platform in the app for residents to get real-time updates on entry and exit of visitors to their flat. They can also make calls from the app," says Arisetty.

Work on MyGate started around October 2015; by mid-2016, the product was ready. The obvious choice for the first user case was the gated community where Arisetty stayed. As the next step, MyGate gave 10-20 communities in Bellandur and Whitefield free trials. Feedback was encouraging. Word-of-mouth from early users led to the company finding its investors.

Sanjay Swamy, Managing Partner, Prime Venture Partners, recalls: "The first time (about two years ago) I experienced MyGate at a colleague's house, I felt they had the potential to improve everyone's life in gated communities." The VC met MyGate's founders soon. "In just one meeting, it was obvious that Vijay, Shreyans and Abhishek (Vivaik Bharadwaaj plays an advisory role) had thought through the nuances of how the journey to build a large, iconic company would play out for them and had the zeal and energy to build it patiently," says Swamy. In just five days from presentation to signing term sheets, Prime invested $2.5 million, and later another $9 million.

Keeping an Eye on Things

MyGate creates profiles of daily visitors. "We digitised documents and made profiles of nannies, cooks, maids and drivers, and provided IDs to employees of the gated community." This made logging in easier and ensured an alert could be sent to the resident concerned. One of the users, who is a resident and a welfare committee in-charge at a high-end luxury housing complex in Bellandur, says earlier they were not sure of the visitor traffic and their movement within the complex. The app has solved this problem to a large extent. "Digital attendance has improved attendance compliance of the housekeeping staff, and we can cross-verify this with the vendor who provides for these services when they bill," he adds.

The other pain point that the MyGate app removes is the end point of delivery services. "When we started the company, on an average, a household would get an e-commerce delivery person once every alternate day; today, it's 1.2 deliveries per house per day," says Arisetty. Making the delivery process easier was the next step. The company partnered with the likes of Swiggy, Zomato, Dunzo, Fresh Menu, Dominos and others. Now, pre-screened information about the scheduled delivery and delivery person is sent to the device at the gated community gate. The resident is also made aware of the details of the person delivering the goods. "The ecosystem needs confidence about dealing with the right people. Brands want that and users also want that," says Arisetty.

With security being a 24x7 job, MyGate has a team of 500. Of these, 200 work on operations and 70 on technology. From monitoring devices used by security guards to pre-emptive maintenance of mobile networks, Arisetty says choosing to operate under a subscription model over product licensing has ensured higher credibility with customers. He says the company is profitable at the unit level where the cost is taken care of.

Apartment complexes and gated communities are largely concentrated in metro cities, and there are other companies such as ADDA Security, ApnaComplex and Biizlo that offer similar app-based apartment management solutions. But Arisetty feels that MyGate's edge lies in better pricing and back-end management, and partnerships with e-commerce players.

At present, MyGate is present in seven cities, including Hyderabad, Pune, Delhi and Mumbai, and its teams are working in Chennai, Ahmedabad and Kolkata. It covers over 2,500 gated communities. It has about 500,000 users, and harbours an ambition to reach one million users by the end of 2019, and four million by the end of 2020.