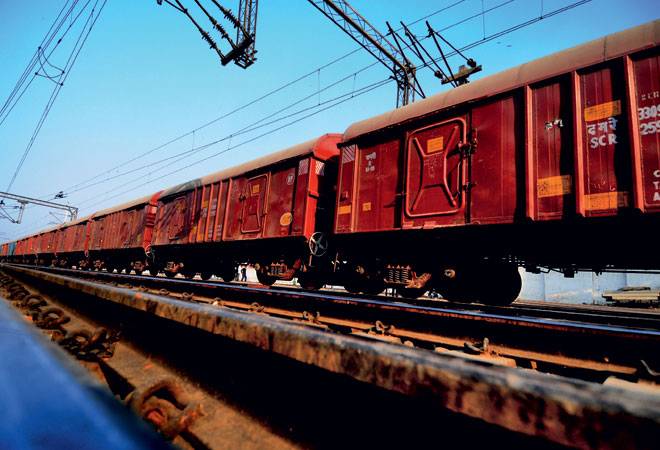 Out of its annual requirement of about 14 million tonnes of steel, Maharashtra buys nearly six million tonnes from mills in Odisha and Andhra Pradesh. This steel is transported on rail and roads criss-crossing various states. Jagannarayan Padmanabhan, Director and Practice Leader (Transport and Logistics), Crisil, says coastal shipping can bring down the cost of transporting steel significantly, freeing up the infrastructure for other cargo.

The country's leading logistics player, Transport Corporation of India (TCI), has found that moving a container from Ludhiana to Kochi using rail and coastal shipping instead of trucks can reduce freight cost by 15-20 per cent.

Changes in mode of transport for bulk items can result in huge savings for the $200 billion logistics industry. But India's efforts to move to the optimal modal mix have been slow, the reasons being uncompetitive rail freight, unorganised road transport sector, lack of digitisation and absence of an integrated logistics policy. The share of road transport in the country is 60 per cent, unusually high compared to the global benchmark of 25-30 per cent. The shares of rail and water are 31 per cent and 9 per cent, respectively, as against the global norm of 50-55 per cent for railways and 20-25 per cent for waterways. The government is working on reforms to remove bottlenecks in faster movement of goods.

A logistics policy has been in the works since 2017. It is yet to see the light of day. However, the delay has proved to be a blessing in disguise, as the policy will now also incorporate lessons learnt during the coronavirus-induced lockdown. The empowered group on logistics, one out of the 11 such groups constituted by Prime Minister Narendra Modi to ensure smooth supply of essential goods across the country during the lockdown, has gained several new insights to make the sector more efficient. For example, doing away with manual paper work and moving to digitisation can cut cost and time substantially. This can also help the government ensure a more controlled closure and opening of the supply chain in case of any coronavirus-like crisis in future. "If you want to do a controlled closure and opening of the economy in a sanitised manner, our logistics assets have to be digitised so that we can identify areas where no disruption is required. These are some of the things which will go into the policy and its implementation as we move forward," says Pawan Kumar Agarwal, Special Secretary (Logistics), Ministry of Commerce.

The key objective of the proposed policy is promotion of multimodal transport for more efficiency. Prime Minister Narendra Modi has laid emphasis on local manufacturing. But that is not possible without an efficient and globally competitive logistics sector with low costs, paperless movement and increased digitisation.

Following the roll-out of the Goods and Services Tax, trucks have been covering 300-325 km a day on an average as against about 225 km earlier. This is far lower than in other BRICS countries where trucks cover nearly 600 km in a day. In the US, it is 800-900 km. Not only that, the freight-carrying capacity of multiaxle trailers in developed countries is far higher than in India. "We need to optimise our road assets. Addition of road length does not mean higher efficiency. New highways are being built but increase in vehicle numbers is adding to congestion on roads. If we move to high-capacity multiaxle trailers, the per tonne freight cost will come down, leading to effective use of highway assets. What is happening right now is that higher number of vehicles is adding to traffic and congestion, taking away the gains," says S.P. Singh, Senior Fellow at Indian Foundation of Transport Research and Training. Apart from congestion on roads, another problem is stopping of trucks by law enforcement authorities of each state from which they pass. As per a World Bank report, halving delays due to the range of stoppages, including toll, police, could reduce freight time by 20-30 per cent. This can also lower logistics costs significantly.

Experts say this is an opportune time to remove cross-subsidy in rail freight considering subdued passenger movement in coming months due to coronavirus. Indian Railways incurs heavy losses in the passenger segment and cross-subsidises it with higher freight charges. The low passenger movement may make it possible for it to reduce freight charges. In a report tabled in Parliament in December 2019 on Indian Railways, national auditor CAG had said that almost 95 per cent profit from freight traffic was utilised to cover the loss of Rs 37,936.84 crore on operation of passenger and other coaching services in FY17. "Because of Covid-19, there will be a dip in passenger movement. It can be a blessing in disguise for the railways. If they reduce losses because of lesser movement of people, it will give them elbow room to reduce freight charges," says Jagannarayan Padmanabhan of Crisil. He emphasises fast-track operationalisation of Dedicated Freight Corridors (DFCs) to considerably ease traffic congestion on roads. "If you want modal shift, at least on the DFC, it has to be price competitive and without cross-subsidisation," he says.

While re-writing the proposed logistics policy, the government is set to come up with measures to promote modal shift in cargo movement and offer ways to make logistics sector competitive. It will also help develop an integrated IT platform bringing all operators in the supply chain on a common network. There will be heavy reliance on digitisation. Rajesh Neelakanta, Executive Director & CEO, BVC Logistics, says transportation is the laggard in tech adaptation.

Given the high growth in e-commerce and need for faster movement of parcels, the required logistics infrastructure has to be in place in time. "The trend is going to be multi-modal. E-commerce is growing exponentially. It will increase at a B2B level also. A report had earlier showed that 110-120 million packets, including food packets, are delivered in China daily, while in India, it is 10-12 million. In the last 10 years, we have seen a shift towards multi-modal transport, digitisation and e-commerce. It has a huge future," says TCI Managing Director Vineet Agarwal.

Apart from this, a huge consolidation is expected in the fragmented transport sector. This will help in automation and containerisation of cargo (only 15-20 per cent non-Exim cargo is containerised at present).

With key reforms, India could make a big leap and find its place in the club of countries scoring high on the World Bank's Logistics Performance Index.