The government will have to take preparatory steps to minimise rural distress in view of a possible weak monsoon. On May 21 this year, Haryana Chief Minister Manohar Lal Khattar announced a major step to address the state's depleting water table problem. From now on, the state government will give an incentive of Rs  10,000 per hectare to selected farmers in seven districts to help them shift from paddy cultivation to maize, pulses and oilseeds. The crop diversification plan, initially covering 50,000 hectares, is expected to save electricity and water, and improve soil health.

Khattar's project could be a boon for the Narendra Modi-led NDA government assuming power at the Centre for the second time. The scheme offers a possible solution to one of the biggest problems plaguing Indian agriculture - drought and water crisis leading to low productivity, growing debts and farmer suicides. Crop diversification can deal with water shortage as water-intensive crops, and the kind of irrigation they require, will no longer take a heavy toll on water resources. It will also ensure irrigation efficiency in rain-fed areas when rainfall is scarce. Better still, when other crops replace major products such as paddy and wheat, limited volumes of production will help realise better prices.

This is a major issue as subdued prices of agri products have aggravated farmers' woes. Of course, the new government may not adopt the BJP CM's plan across states, but addressing farm and rural distress will be one of its priorities. Drought is one of the biggest issues; lower price realisation for farm products, often below the cost of production, is second, and managing unproductive cattle is another key problem.

Jatin Singh, Managing Director of private weather forecasting agency Skymet, hits the nail on the head when he explains how prolonged dry spells hinder farming across the country. "All four regions are going to witness less-than-normal rainfall this season. In fact, we barely get a normal monsoon now. The only normal monsoon we had was in 2013. Both 2014 and 2015 were drought years; 2016 and 2017 saw below-normal rainfall and 2018 was technically a drought year as eight states, including Maharashtra, Karnataka, Tamil Nadu and Odisha among others, are still struggling," he says 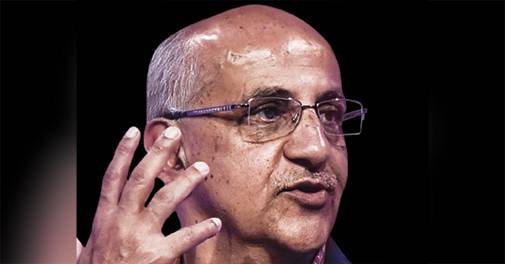 "There is huge agrarian distress due to drought in many parts. So, the top priority should be providing immediate relief through MGNREGA (Mahatma Gandhi National Rural Employment Guarantee Act)," says Harsh Mander, Director, Centre for Equity Studies. Shweta Saini, a researcher at the Indian Council for Research on International Economic Relations (ICRIER), agrees, but she wants job creation in areas such as micro-irrigation and water management.

"We should have systems in place in anticipation of dry spells. Another important thing is to have a cattle policy to help farmers with unproductive draft animals. Unless the government has a clear stand, it will hamper the business cycle of dairy farming. A huge stock of foodgrain lying in FCI godowns and large amounts of pulses procured by State-run co-operative NAFED are problematic unless you have a strategy to offload them."

The structural issues in agriculture must be addressed for maximum profit and long-term sustainability, says Chief Economic Advisor Krishnamurthy Subramanian. "We must connect farmers with the mandis (wholesale markets) to make price discovery easier. India is home to 30,000 mandis, but these are not integrated. As a result, farmers do not get a large chunk of the profits flowing in. The only way to deal with this is to increase competition (among mandis) and keep the farmers informed (about prices and other benefits). Both are critical. Moreover, we have to provide storage. Expanding the eNAM and focussing on rural hubs are also essential," he says. Incidentally, eNAM was launched in 2016 by the Centre as a unified national electronics agriculture market which would provide a host of facilities such as quality testing and grading of agricultural produce, single licensing for a state-wide market, single-point fee collection and fair auctioning for the benefit of the entire sector. But the system's pan-India reach is quite limited as very few farmers and mandis have registered on the platform.

Subramanian, however, does not believe in excessive control. "In markets, prices come down and go up. The government need not intervene every time the prices go down. Neither should it step in when the prices go up. Policymakers should take this Hippocratic Oath: If you cannot create benefit, at least, do not do any damage."

Sachchidanand Shukla, Chief Economist at Mahindra and Mahindra, is not in favour of short-term measures. "We should not go with the 100-day prescriptions. Long-term structural reforms are needed here."

According to him, agriculture is still in the clutches of hugely restrictive laws and this has hindered the development of an efficient marketplace for agricultural produce. "This is an area where the central government can continue to play a lead role. Here we see a maze of laws, including the Essential Commodities Act, the Land Ceiling Act, the APMC Act and the Foreign Trade (Development and Regulation) Act, 1992. The latter enables arbitrary slapping of export restrictions, minimum export prices and unfair imports. Unless this maze is gone, sporadic measures to spur prices or forgive loans cannot cure agri distress."

S Sivakumar, Head-Agri business, ITC, suggests a three-pronged strategy. "The first should promote demand-driven production in tune with changing food habits. Then there is climate-resilient farming, dealing with changing climate and depleting natural resources. Next, there should be farmer-centric interventions, given a single solution cannot serve all. It will go a long way in making agriculture a remunerative enterprise." Hannan Mollah, General Secretary of the All India Kisan Sabha (AIKS), an organisation that brought together around 200 farmers' organisations for a massive protest march in Delhi last year, says that the protests will continue if the government does not listen to the farmers. "We brought agriculture to the national agenda, and it became a political issue after the Assembly poll losses in Madhya Pradesh, Rajasthan and Chhattisgarh. At the time, the Modi government was compelled to announce an income support scheme for farmers. Now, we need to take it forward."

A separate farm budget (announced by the Indian National Congress in its 2019 election manifesto), legislation for loan waiver and remunerative pricing, and a joint session of the Parliament to discuss agrarian issues are what the AIKS demands. It is up to the new government to decide the best way forward, but definitive action is urgently needed to tackle rural distress and farmers' plight.

The Rise - And The Eventual Crisis