Anita Dongre has made fashion affordable for the average Indian woman. 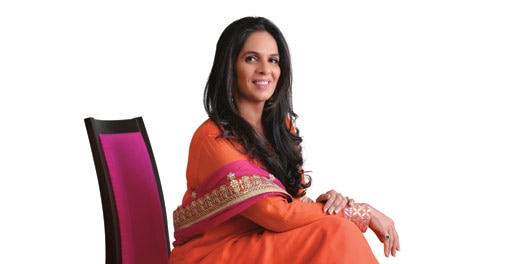 Come December, fashion designer Anita Dongre will relocate her office from the western suburbs of Mumbai to her sprawling 1,80,000 sq.ft. garment factory premises at Rabale, on the outskirts of the city. "I am looking forward to it," says an excited Dongre.

Full coverage: Women Power
Once the factory is operational, it will be the main production hub for her flagship western wear brand AND and also for Global Desi, the women's Indo-western wear brand. Both these brands are currently being produced through a network of contract manufacturers.

This would also make her company, And Designs India Ltd, the first Indian designer label to have its own centralised production hub. The Rs 300-crore company has 123 retail stores across its brands - AND, Global Desi, and Anita Dongre (Interpret and Timeless). The 50-year-old designer's ambition is to become a Rs 1,000 crore company in next four to five years.

How is Anita Dongre different from other designers? Her USP has been her efforts to make fashion affordable. "Right from the day I began way back in 1999, I have always wanted to enable the common Indian woman a stylish designer garment," she says. With her products competitively priced between Rs 1,500 and Rs 2,000, Dongre has certainly succeeded in her ambition.

Dongre started designing clothes in 1997, when she started supplying to stores such as Benzer in Mumbai. Her inspiration for creating affordable fashion is the iconic Giorgio Armani. Dongre recalls her first visit to Italy, way back in the early nineties when she was in her mid-twenties. The highlight of the journey was a visit, again her first, to the Georgia Armani store in Milan. "I became an instant fan of his styles and cuts, and I was all the more fascinated at the way he had succeeded in making not just fashion for the rich and the famous but also for the average upper-middle class with equal ease."

All that Dongre could afford those days was an Armani belt, but when she walked out of the store, she had made up her mind to go back to India and create a brand for women. The idea was to take high fashion to the doorsteps of the common Indian woman, just like Giorgio Armani ensured his premium brand was made available across Europe and the US by opening a large number of stores. "The thought which crossed my mind when I saw Giorgio Armani's clothes was that if he could make fashion mass in Europe, why can't we do it in India," says Dongre.

Her task, however, was far more daunting than that of Armani, as she was catering to a set of consumers which hardly had any understanding of high fashion. "My initial journey was extremely slow, as Indian retail was also moving at a slow pace. However, I always had an instinct of Indianness in me, which told me why can't an Indian fashion brand become global."

{blurb}It is 15 year years since Dongre launched her flagship brand, AND, which has now become a household women's wear brand. She has also forayed into high-end fashion with Interpret and Timeless. She is taking baby steps in fine jewellery, too. So, is it time for Dongre to make the next move and foray into the international market with her brands? "It is definitely a desire to be known internationally, but there's still a lot to do in India, which can't be overlooked."

Sandeep Naik, Managing Director (India and South Asia) at private equity firm General Atlantic, which picked up a minority stake in And Designs last year, says Dongre not only understands the needs of the evolving Indian women, but has also made sure that she caters to their needs at affordable price points.

Naik says that the plan is to take the AND and Global Desi brands to more tier-two and tier-three markets as well as penetrate deeper in the metro markets. "In the long run, we also want to take Anita's brands, especially Global Desi, to the international markets such as the Middle East, where there is a huge demand for fusion clothing."

Dongre certainly has her hands full. Once her production hub at Rabale takes off, Dongre's next venture would be "Project Grassroot". She has already started making frequent trips to the interiors of the country to interact with weavers and craftspersons.

"My next move would be to promote Indian weaves and crafts and make them contemporary," she says. Her first collection celebrating Indian weaves and crafts is due to hit the market early next year, under the brand name Grassroots. The plan is also to set up manufacturing facilities in rural areas. The first such facility is likely in Rajasthan in next one to two years. "My vision is to empower these craftspersons and weavers and showcase their craft to the world," she says. 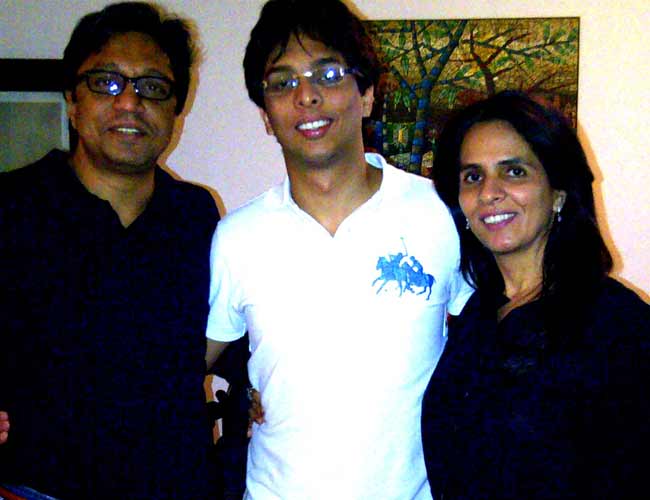 At their home (right) last year. 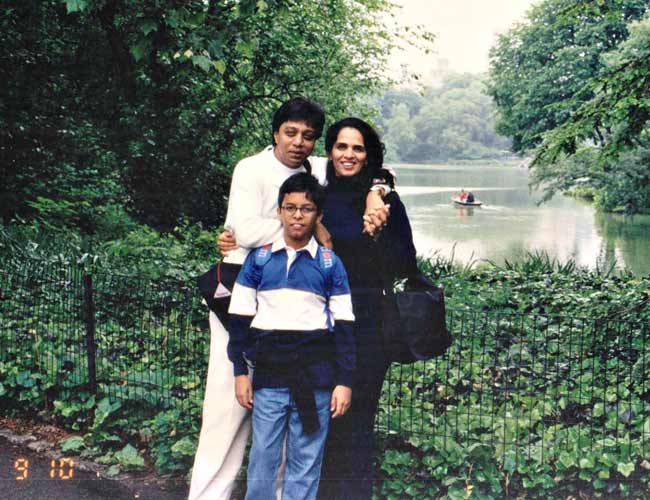 Why Facebook COO continues her love affair with India