It takes a lot to get to the top, and it takes a lot more to stay there for eight consecutive years. Indian Institute of Management, Ahmedabad (IIM-A), did just that, monopolising the No.1 spot in the BT Best B-schools survey from 2003 to 2010.

However, in 2011, its golden jubilee year, the country's oldest business school slipped to the third spot, coming in behind its namesakes from Bangalore and Kolkata.

The fall from its perch was stunning, but it appears to have been an aberration - IIM-A has roared back to the top in the 2012 survey.

The institute scored well on brand value and in equipping students with the skills to become ethical business leaders. It also did well on the quality of global exposure: student exchange programmes, lectures by global business leaders and participation in global forums. Where it fell short was on the living experience, return on investment and, in what should be a big cause for worry, the learning experience. 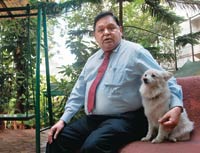 The government has never been a deterrent to ambition, but salaries are governed by it. We need to look into this: A.M. Naik
"IIM-A was founded with the objective of 'professionalising Indian management.' I believe, it has largely achieved that goal, not only through its own graduates, executive development, research and publications but also through other institutes being set up inspired by the success of the IIMS," says Sanjeev Bikhchandani, founder of Naukri.com and a 1989 batch alumnus.

The IIM-A MBA comes at a price - the total cost of the two-year residential programme amounts to Rs 15.5 lakh. But the brand, prestige and learning that comes with an MBA from India's oldest business school counts for a lot. "The post-graduate programme is a unique and distinctive experience," says Roopa Kudva, MD and CEO of Crisil and a 1986 batch alumnus.

In 2012, the highest compensation offered to an IIM-A student was Rs 39.81 lakh while the average of the batch was Rs 16.44 lakh. Most students can hope to recoup their total investment on education within two years and ten months. We have brought in a performance measurement system for faculty research: Samir Barua
"It is a matter of pride for any alumnus to see the way IIM-A has impacted not just the business community, but a much wider canvas," says Kudva. In 2011, nearly 300 alumni members turned up for the institute's golden jubilee celebrations. In all, they committed to contribute Rs 38 crore to the institute over four years.

After a five-year stint, Samir Barua, the institute's Director, is set to pass on the baton. The search is on for his successor. During his term, Barua managed to charter the agenda for achieving international benchmarking for the B-school. "I set myself the task of getting IIM-A acknowledged in global rankings and we have also acquired EQUIS accreditation," he says.

EQUIS is a global benchmark of excellence for B-schools and IIM-A is the first Indian institute to receive it. The certification is given after vetting the academic quality, learning environment, innovation, research and other activities of an institute, including its interaction with the corporate world.

London Business School and INSEAD (France, Middle East and Singapore) are among the global B-schools with EQUIS accreditation. While the BT survey suggests that its star has dimmed somewhat among recruiters, they still flock to Ahmedabad during the hiring season.

"There is no doubt about the excellent talent that comes out of the top B-schools, particularly IIM-A," says V.A. Rangarajan, head of recruitment (India & South Asia), IBM. But brand value alone is not enough in this day and age. Many of the top executives and IIM-A alumni members BT spoke to felt the institute focuses too much on teaching and is not doing enough in other areas, particularly research. That, they feel, will hinder its ability to turn out students who will come up with pathbreaking ideas and innovations.

"B-school education of the kind exemplified by IIM-A is rooted in the assumptions of an earlier era," says Santosh Desai, MD and CEO, Future Brands, and an IIM-A alumnus. "The traditional MBA programme was created for a time when managers were the most vital part of large, stable businesses operating in limited geographies." Desai, considered a branding and marketing expert, says that the focus today has shifted from management to creation, where volatility is the norm and culture is a key determinant of success or failure. 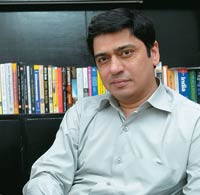 IIM-A did not open my mind enough to new modes of thinking, and while it spoke of ‘thinking outside the box’, it spent all its energies in building the box instead: Santosh Desai
"The operations research based approach followed by IIM-A needs to give way to a more complete one that incorporates areas like behavioural economics, anthropology and design thinking." The lack of dynamism, Desai believes, will hinder the institute from fostering entrepreneurs and leaders capable of creating businesses around ideas rather than around historical infrastructural advantages, as has been the case with traditional businesses.

That, among other reasons, could be the reason IIM-A is not very popular with young executives. For them, it is the third choice as a place of study in BT'S Best B-schools survey this year. Even recruiters seem to prefer IIM-B over IIM-A.

The faculty-student ratio for the institute's post graduate programme is healthy at 1:11. However, the plethora of programmes, including executive MBAS, has left faculty members with little time for research (see Paper Lambs on page 90). And, given that salaries are determined by the government, it is unable to attract top-quality talent.

"The biggest complaint is that IIM-A, being part of the government system and Pay Commission framework, is not in a position to offer salaries that can attract quality faculty," says a past statement issued by the institute.

"Salary is an issue. The government has never been a deterrent to ambition, but salaries are governed by it. We need to look into this," says A.M. Naik, L&T'S Executive Chairman and Chairman of the board of governors of IIM-A. He has been tasked with the job of hunting for Barua's successor. "We want IIM-A to maintain its leadership."

But that will be a huge challenge with rival institute scaling up rapidly. Over the last decade, Indian School of Business, Hyderabad, has seen 4,400 alumni make their way into the corporate world. A second campus in Mohali, Punjab, built with corporate funding, is already operational. "We are constantly scouting the domestic and international market for talent and we are looking to invest in their development. We want to lead the agenda in faculty training and research," says ISB'S aggressive Dean, Ajit Rangnekar, coincidentally an IIM-A alumnus himself.

"IIM-A needs to leverage its alumni network effectively and engage in more corporate interaction in existing and potential courses at IIM-A - this should be done with alumni from all over the world," says Kapil Kapoor, Chairman of Timex.

Phaneesh Murthy, CEO of iGate, concurs. "As an alumnus, one always likes to see the institute achieve global recognition. I strongly believe that the (global) corporate world has to know the quality of IIM-A rather than just corporate India," he says. Murthy also wants to see more expat students.

Though the lead photograph of this story, and indeed the magazine, may indicate otherwise, most IIM-A students are Indians. "You learn a lot from fellow students. Recently, I was a guest faculty at Harvard and was fascinated by the varied perspectives of students from at least 25 countries."

Future Brands's Desai believes IIM-A needs a complete overhaul to prepare students for the real world. "The institute taught me nothing about marketing. If anything, it impeded a deep understanding of the subject by making it a sterile exercise in rudimentary logic," he says. "It did not open my mind enough to new modes of thinking, and while it spoke of 'thinking outside the box', it spent all its energies in building the box instead."

Barua has been working to address the various challenges before IIM-A. "Strengthening research has been a key focus area. For the first time, we have brought in a performance measurement system that seeks to make faculty accountable on this parameter. We are also seeking to incentivise them," he says.

It will be up to his successor to take that initiative forward, and to find ways to keep IIM-A at the top of India's B-school heap.

Why Christ University is a sought-after B-school