By investing in R&D and reaching out to farmers at the right time with right products, Kaveri Seed has grown to be a key player in hybrid seeds. 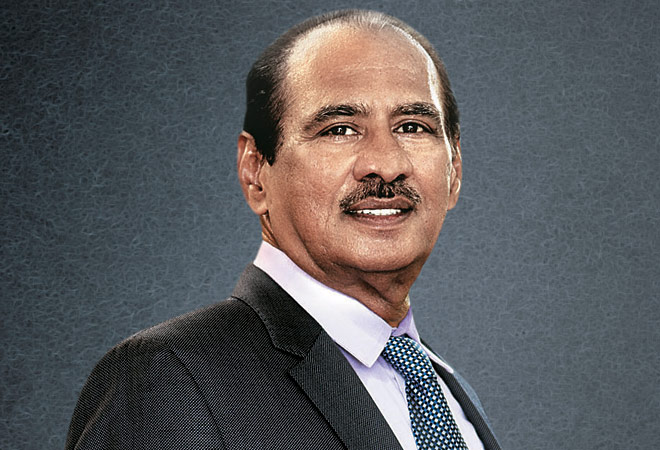 When G.V. Bhaskar Rao decided to first start a company he was only 26. The easiest part was naming it and stating its purpose. He named the company after himself and stated its purpose as to address the needs of the farmers of his native district, Karimnagar, now part of Telangana state.

The year was 1976. As a young agriculture graduate, Rao had to find a way to raise corn productivity in the region. He found the answer in hybrid seeds and began its production in the 10 acres of agricultural land that his family owned.

About GV Bhaskar Rao
Meanwhile, he explored the neighbouring state of Karnataka where he found that the farmers there had similar needs. The demand for hybrid seeds picked up in 1986, so much so that 90 per cent of the revenue for his company came from Karnataka. Since the land was irrigated by the Cauveri river, Rao decided to rename his company as Kaveri Seed Company. The company's revenue had by then touched Rs 4 crore and the focus was on corn, bajra, sunflower and paddy.

By 2013/14, the company's total income was Rs 1,012 crore with a net profit of Rs 210 crore. In the initial days, Rao used to produce and distribute hybrids available from the government agencies. But very soon he started collecting germplasms and started investing in-house to develop new hybrids. In 1997, his company hit the market with its first major hybrid maize called Kaveri 517.

Speaking to Business Today from the US, he said that from early on he was aware one could gain an edge in this sector only by investing in research and development. "Kaveri 517 was giving 25 per cent to 30 per cent more yield than what was available in the market. It was tolerant to drought and the farmers took to it in large scale. Initially we were selling only 10 to 15 trucks of seeds, or about 150 tonnes, during the Kharif season. But within three years we were selling 300 trucks, or about 3,000 tonnes, of seeds," says Rao.

Today Kaveri Seed produces and markets around 50 of its own hybrids - 20 hybrids in corn, four in sunflower, five each in paddy and cotton, three each in jawar and bajra, and 10 to 15 hybrids in vegetables like tomato and chilli. Another 50 hybrids are being readied to replace the current ones as and when the demand rises. "At the moment they are undergoing multi-location trials and trial marketing," says Rao.

"It is not a factory where you can produce goods overnight. You need to anticipate the demand and plan for production, in some cases even three seasons in advance"

The company has invested around seven per cent of its profit, Rs 14 crore to Rs 15 crore, in R&D last year. It works with 900 employees, of which 52 are scientists. It also has a 600-acre farm for R&D where, Rao says, breeders, doctors and techinicians work. "In addition, we have a biotechnology lab and the focus now is on drought tolerant varieties and marker-assisted selection programme to speed up the breeding programme," says Rao.

The company is also beefing up its distribution network. "We began with an aim to add a new state every year after studying the local needs. There is a five-member team which selects distributors with better reach and good finances. Today we are working with 15,000 dealers and distributors across the country except in Jammu and Kashmir, Kerala and the Northeast," says Rao.

According to him, the one key attribute that a CEO in this business needs is the ability to take calculated risk. "It is not a factory where you can produce goods overnight. It involves a process and you need to anticipate the demand and plan the production, in some cases even three seasons in advance," he says.

For instance, in cotton the company started with 10,000 packets of hybrids Jackpot, Jaadoo and ATM. "We have sold about 8.4 million packets this year. We could scale up as we could identify the potential and plan supplies accordingly," says Rao. Today the company reaches out to at least 30,000 farmers and is producing seeds over 75,000 acres of land across the country.

The other nominees: Agriculture & Allied (Mid-sized companies)
For Rao, success lies in reaching out to the farmers at the right time with the right product. The window available to a seed company is only 15 to 20 days. "We need to produce, pack, grade and supply the hybrids in time for the season," he says. Last year, Kaveri Seed was the second-largest producer of hybrid cotton seeds in the country, after Nuziveedu Seeds.

According to K.V. Subbarao, Regional Director for South Asia and South East Asia at DuPont Pioneer, a US-based producer of hybrid seeds, there are enough growth opportunities in this area in India. "The organised seed sector in the country is less than one-third of the total cropped area. There is immense scope to grow for players in India," he says. But success, says Subbarao, will depend on the ability of the companies to constantly upgrade technology and connect with farmers.

Meanwhile, Rao's immediate objective is to ensure that the company records a 20 per cent year-on-year revenue growth with focus on micro-nutrients, bio-fertilisers and bio-pesticides. Currently, the share of micro-nutrients in total sales is just around three per cent. In the next five years, Rao aims to increase its share to 15 per cent.

Nowadays Rao is busy hiring the right talent who can take on new challenges. For instance, he says, the farm sector is facing labour shortage and mechanisation is increasing. "The R&D would have to factor in these changes," says Rao, who forsees Kaveri Seed as a systems-driven company.