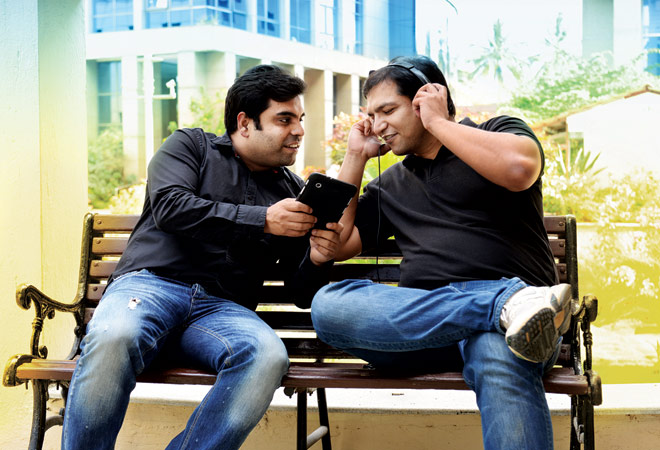 Lovleen Bhatia, the 36-year-old co-founder of Edureka, an online IT, cloud and mobility education provider, was bitten by the entrepreneurial bug early in his life. The urge to be his own boss saw him drop out of an engineering course and start developing a search engine. However, he was soon back at the Institute of Technology at Banaras Hindu University to complete the four-year course after the project failed to take off due to lack of resources, financial and otherwise.

His academic achievements at the engineering school earned him a job at Finacle, the core banking division of Infosys in 2002. Here, he found in Kapil Tyagi, an IIT Bombay graduate, his future business partner - the one who shared his dreams and his excitement. Coming from modest backgrounds, they realised it would not be possible to set sail immediately. The venture capital ecosystem had not gathered steam yet, and they did not have the required funds to quit their jobs and start out on their own. The two pursued their professional careers, picking up different skills along the way, but remained committed to each other and to their common dream.

In 2005, Tyagi and Bhatia finally decided to take control of their own lives by floating DByDx Software, which initially offered outsourced IT services before reinventing itself as a white label mobile app development company. In the following five years, DByDx scaled up its operations and employed 150 people, but given the competition from larger players, the duo decided to sell the company for $3 million to Kellton Tech in 2011.

By then, Bhatia and Tyagi had zeroed in on their next venture, Edureka. "Technology was accelerating change and moving faster than our educational systems. We decided to bridge that yawning gap between theory and practice," says Bhatia. The proceeds from the sale of DByDX provided them the seed capital required to start the company.

In the summer of 2011, Edureka kicked off its journey with a pilot project at ABES Engineering College in Ghaziabad. The group of 60 participants was a mix of college students and fresh graduates. "The ABES management was supportive and we held workshops in both hard and soft skills . After our initial success, the following year, 1,200 people signed up with us," says Tyagi.

In 2012, Edureka moved to virtual classrooms. "Within a short time we realised that our customer base was not students but mid-career professionals who wanted to hone their skills in a new software or technology. They had the ability to pay and saw the usefulness of the courses." Subsequently, the best industry practitioners were hired and flexible hours, including weekend classes, were introduced to make it easier for both students and working professionals.

"Getting the best minds to teach was great for us," says Bhatia, adding that the instructors could easily earn an additional 50 per cent of their regular paychecks at Edureka.

Says Vineet Agarwal, an IIT Roorkee graduate who went on to complete his MS in Software Engineering from Carnegie Mellon University and has worked with global firms, including Boeing and HSBC: "I have already enrolled for seven courses. Instructors are well prepared and eager to help. The coverage of any subject is intense. I also have lifetime access to the learning management system." Edureka's feedback mechanism and extensive lab sessions are a plus, feels Agarwal, who is currently employed with McKinsey.

Bhatia feels students are flocking to them because companies train in a sporadic manner. "For example, a three-day workshop may not be enough for professionals to learn a new skill. Also, what the company wants them to learn may not necessarily be what they want to learn," he says, adding: "We are not trying to replace corporate training, we are only adding value to what they are already doing. Our focus is on the business-to-consumer (B2C) model. We do get around 10 per cent of our revenues from business-to-business (B2B), but want to be a consumer brand."

Tyagi draws satisfaction from the fact that 80 per cent of those who enrol with Edureka complete their courses. "That's a very high percentage for online courses. And, the fact that a majority of our students are repeat customers indicates their level of satisfaction," he adds. Unlike a traditional massive open online course (MOOC) offered by the likes of Coursera, Udemy, Lynda or Udacity, Edureka claims its value is in the interactive learning experience.

Raghunand Arcot, who has worked across organisations, including PayPal, Covansys, Sun Technologies and Intellisoft, says: "I teach Big Data and Hadoop and my experience has been quite enlightening. Personally, teaching at Edureka is fun and very progressive. The students, with diverse experience levels, continuously raise the bar and show a lot of interest in the class. Dealing with them definitely helps to enrich my knowledge as well."

Even though the initial scepticism about whether an Edureka certification would help land a better job has been addressed, the two founders have not let their guard down. Scanning the marketplace is a continuous process and a dedicated team identifies trending technologies. "Courses are curated based on the demand patterns. Edureka offers 50 live courses at present and has identified another 150. Edureka courses typically run for three to six weeks and cost between Rs 9,000 and Rs 35,000. Till date, 25,000 students have attended Edureka's virtual classrooms, apart from the 2.5 lakh users of the free Webinars.

The company has raised money from angel investors, including Jungle Ventures partner Ramakant Sharma, a former CTO of Myntra. "The pedigree and experience of the founders and the way Edureka is passionate towards making skill-based education accessible to the masses through deep technology-driven platform approach is highly disruptive and scalable in nature," says Sharma. Edureka has raised $250,000 and is preparing to raise another $6 million to $10 million to go global. "As long as there is demand for skilled talent, we will have a market," says Bhatia.

ShopClues carves out its own niche in the industry