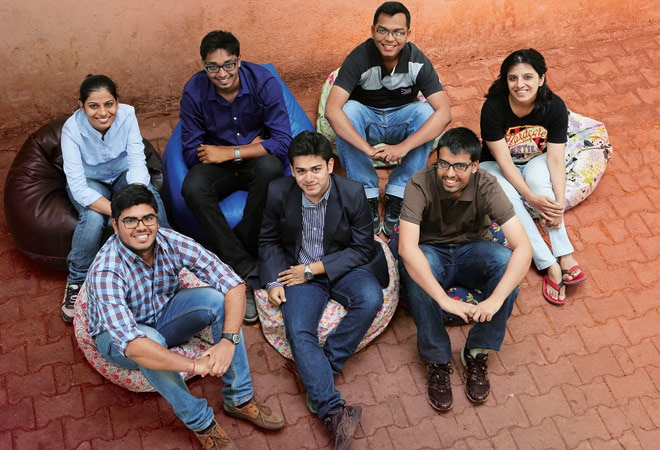 Framebench Technologies has a spartan set-up. It works out of a modest three-bedroom apartment in a suburb of Pune. The office has little else apart from nine bean bags, three tables, laptops and a music system. There are five programmers. The rest of the staff is marketing personnel. The core team is made up of graduates from BITS Pilani, including Rohit Agarwal, the 25-year-old CEO and founder.

From this establishment in Pune, Framebench services over 1,000 clients across the globe. Its top customers include HBO, Prime Focus Studios, Unilever, the Republican Party of the US, Kenwood, Star TV and iSenta. It sells a unique product "Framebench" - an online file collaboration software that allows any video or digital file to be shared among any number of people simultaneously. Any suggested changes to the file can be discussed in a live interaction. "The advantage is that you don't have to download the files again and again, and you can also view them in asynchronous mode (a comment or file posted can be viewed later)," says Agarwal, a 2012 chemical engineering graduate from BITS Pilani.

Framebench is an example of how good mentoring and angel investor support helps in moulding a business venture. "We liked the Framebench founders' vision to make visual collaboration seamless," says Sanjay Nath, Partner at venture fund Blume Ventures, an investor in the company. "In the past two years, their product and collaboration platform evolved rapidly to capture customers in global markets. We are looking ahead to Framebench following in the footsteps of other leading India-based product companies in the space like InMobi and Druva."

Initially, the Framebench software was offered free but in the past six to seven months the company has developed a subscription-based revenue model for direct customers and revenue sharing or user-based model for partners. "Initially, we approached only production houses and design studios and now our product has been accepted by over 1,000 companies, including legal houses," says Agarwal. Framebench now charges $50 for a team of about five people for a month with a limit of 120 files. It has around 30 enterprise clients, who pay $2,000 a month.

Framebench has competition from companies like InVision App, Box Viewer and Proof HQ, but its products are targeted only at the animation and visual communication industry, says Agarwal. Framebench can be used across industries, he asserts. "Framebench saved us two weeks of time per project and our team loves it," says Vasyl Rabosyuk, Director, Technology, Ohio House Republican Organizational Committee.

"I have not taken a single rupee from my parents for my business," says Agarwal, who belongs to a Delhi middle-class family. His mother is a home maker and father Sandeep is head of sales at BTW, a snacks chain. Agarwal says his passion has always been programming and he wanted to become an entrepreneur despite joining BITS Pilani for the chemical engineering programme.

That's why he joined a six-month course on creating and leading an entrepreneurial organisation in his second year at the institute. In the third year, Agarwal got admission to a programme on new venture creation sponsored by the alumni of BITS Pilani. Among four groups of four students each, Agarwal's team set up Anaya Labs, focused on animation and graphics space. The alumni of BITS mentored the venture, besides offering financial help of Rs 50,000. Soon, they won the first prize of Rs 5 lakh in the Power of Ideas contest. All this money was pumped into developing their visual tool, later called "Framebench".

Agarwal and his BITS Pilani colleague, Vineet Markan, then joined Crayon Pictures, an animation studio in Pune, for internship. Agarwal's job in the research and development wing was to set up a simple online tool that would help directors in Pune communicate live with clients in Europe. Crayon Pictures became their first client, paying a cheque of Rs 30,000 for the product, Protean, a real-time tool for feedback of videos.

The big break came when he got selected for 'i-Acceleration', an incubation centre for 10 start-ups, an initiative of IIT Gandhinagar. The institute gave Rs 5 lakh seed capital, besides guidance and infrastructure, to Agarwal and his team. The funding was used to develop Framebench.

In March 2012, Agarwal and Markan launched Framebench Technologies, a company registered in Delhi. Soon, help came from angel investors such as Maneesh Bhandari and Blume Ventures, which invested in and exited several companies, including TaxiForSure and ZipDial. Bhandari and four others have together invested over Rs 80 lakh in Framebench, says Agarwal.

The online file collaboration software was launched in 2013 but by that time Markan had left to start his own venture. Agarwal and his team of four moved to Pune to tap into design and animation studios in the city along with other opportunities in Mumbai. Framebench is now trying customised solutions and integrating its platform with iPad and other mobile devices. "There are billions of files online. People don't have to download them everytime. Framebench will help people view, give feedback and discuss files," says Agarwal.

He now has ambitious plans for his start-up. The company is scaling up and just about breaking even now. It's a big market for the company's products, asserts Agarwal. According to his estimates, the market size is about $2.4 billion.

Meanwhile, the young CEO and some of his colleagues - average age of the team is 22 to 23 years - stay together, and in free time play 'footsoul' (football in a limited space) or go cycling on the hills in and around Pune. "It is fun@framebench," says Agarwal, with a grin.