Why going global from day one is becoming the norm for young tech start-ups from India. 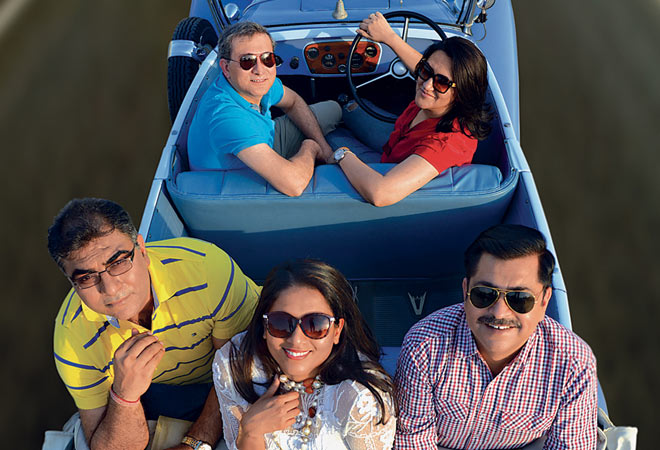 In the late 1990s, Sanjeev Bikhchandani thought he had stumbled upon a big idea when revenue for his self-funded company Naukri.com grew seven-fold in a year to Rs 18 lakh. Since then, Naukri went on to bigger things, and Bikhchandani became a hallowed entrepreneur many look up to even now. Today, though, Bikhchandani himself is brimming with admiration for the younger generation. "Their ambitions are much, much higher. We could not even dream of having a global company when we were 30, whereas, at 30, Indian entrepreneurs are going global ," he says.

The game has changed for the generation Y entrepreneur. He now thinks of a global product rather than making one only for India. The founders are getting younger, too. The founders of Chennai-headquartered ChargeBee, which is into subscription software, for instance, are in their early 20s (ChargeBee is one of the applicants for BT's Coolest Start-ups this year). One of the winners of this year's survey, Framebench Technologies, is run by Rohit Agarwal, who started his company in 2012 when he was only 22. Sudhir Sethi, founder, Chairman and Managing Director of venture firm IDG Ventures India, says he now promotes younger people to senior positions to ensure they are in sync with the fund's investees.

Technologies like Software-as-a-Service (SaaS) are leading to a large number of product start-ups that service global markets springing up from pockets in Bangalore, Pune, Chennai and Mumbai. Success stories range from popular ones like customer relations management player Zoho, one of the best-known success stories from India, to the lesser known Kayako, a help-desk software company that started from Jalandhar, Punjab. Kayako is today a multi-million dollar business and works with more than 35,000 customers across the US and Europe to Afghanistan, Brazil and Africa.

Both Zoho and Kayako are older companies, though, and now younger companies are joining in. "We started with a global perspective from day one," says Raviteja Dodda, 26, founder and CEO of MoEngage, a consumer engagement platform for mobile application companies. Although India being a mobile-first country is one of the fastest-growing markets for MoEngage, Dodda expects the US - a much larger market - to contribute to most of its growth next year.

Sharad Sharma, Founder of iSpirt, an association of software product companies, puts things in perspective: "The global story is majorly about technology start-ups that have replaced the field sales model with desk-based marketing and selling. That is a big innovation and it's exploding." In effect, on-premise software sold by old-school IT and ITeS companies requires big installation and maintenance efforts, and also requires their clients to spend big upfront. Therefore, they need to invest big in having a sales team out there.

But for a start-up selling a SaaS solution, there is little difference in selling to a business in Atlanta either from Chennai or California. Actually, Chennai would be cheaper. So, start-ups can scale up fast and invest in an overseas team later. SaaS company Freshdesk, for instance, started operations in the US only after it had over 30,000 customers.

"Earlier, people would build products for India, no matter if it was the right product or not for this market. The next-line entrepreneurs don't beat their heads on the Indian market," says Ravi Narayan, Managing Director of Microsoft Ventures, the eponymous software giant's accelerator.

Framebench is a classic case in point. The company's productivity boosting solution was a new concept when it launched and initially found more takers in the US, Europe and Australia. "India is only beginning to catch up," says Rohit Agarwal, CEO. Getting the right price points is also an issue with Indian customers.

Modern technologies also contribute to the go-global trend. A mobile app created in India can be available around the world simultaneously, thanks to distribution platforms like Google's Play Store. "Global markets have become more porous than before and this is true for all Web-based platforms, especially areas where no physical movement of goods is required," says Anshoo Sharma, Principal, Lightspeed Venture Partners, which invests out of a $1-billion fund in start-ups across the US, India and Israel.

Bangalore-based customer communication software start-up Nudgespot works with Indian companies like Ola Cabs, Bluestone and Zivame. But more than half its 50-odd customers are already from the US and Europe. Raveen Sastry, Nudgespot's CEO, who earlier founded Myntra and Hoopos, believes growth for start-ups here will be much slower compared to the US. Reason: small and mid-sized companies, which are the major clientele of the company in the US, discover such software online and try out themselves without requiring much physical sales support. India is different. "Here, people are used to technology vendors serving them physically," says Sastry.

Even a presence in a technology hub is not a barrier anymore. Narayan of Microsoft Accelerator cites one of his portfolio companies - Bhopal-based Appointy, which makes online scheduling software, and has around 75 per cent of its clientele in the US. "Imagine, this person is not even in Delhi or Bangalore, and at least one person in every street in the US uses his software to manage appointments," says Narayan.

In fact, funds like Blume Ventures and Global Super Angels, which back start-ups as early as the product development stage, go the extra mile. In April last year, Blume, which has invested in over 70 start-ups, took 12 of its portfolio companies on a trip to Silicon Valley to network with renowned accelerators like Y Combinator or investors at active funds like 500 Startups. One of the other reasons behind the trip was that India is not a great market to test your product with the first few clients. "Customers here take twice as long to accept the product and pay half the money," says Karthik Reddy, Managing Director at Blume.

On similar lines, about a year ago, Global Super Angels launched a 13-week programme called GSF Global for 11 start-ups in its portfolio. Nine of the 13 weeks were to be spent in places like San Francisco, New York and Singapore. "If you are developing something that is really cutting edge, you should be closer to your market and facing your customer eye-to-eye every day," says Rajesh Sawhney, Founder of GSF.

Nasscom's ambitious 10000 Start-ups Programme is also in for a global push for its portfolio of start-ups. It recently announced the second edition of Innotrek, a trip to the Silicon Valley for intense networking with start-up accelerators and investors. A day of the week-long trip is dedicated for campus visits to technology giants like Google, LinkedIn and Facebook.

INDIA NOT COMPLETELY OUT OF THE RADAR YET

Many start-ups, however, believe technology adoption in India, especially in sectors like banking and telecom, is on the rise. Hence, scaling in India before crafting global plans can work better. Uniphore Software Systems, which is backed by Infosys co-founder Kris Gopalakrishan among multiple other funds, is one such start-up. In the initial days, the Chennai-based company tested its speech recognition solution in the harshest of rural areas in India. "Then it became easier for us to replicate the product elsewhere," says co-founder and CEO Umesh Sachdev. Uniphore now earns about 50 per cent of its revenues from the Middle-East and South East Asia, and is looking at Europe and North America.

"It may not be a great idea thinking of outside markets when you are still not dominant in India, which is one of the world's three largest markets after the US and China," says Rahul Chandra, co-founder and Managing Director at venture firm Helion Venture Partners. "That may be ignoring a big opportunity right in front."

Besides, companies like Flipkart, Snapdeal, healthcare solutions company Practo or restaurant search start-up Zomato have primarily focused on proving themselves in the India market first. "Companies that focus first on the India market are those that have two-sides to their business - both businesses and consumers," says Sharma of iSpirt. For example, Practo looks at both doctors and patients, and Zomato caters to both consumers and restaurants.

The bad news, however, is that young technology start-ups are beginning to move base outside India for multiple regulatory hurdles in different areas, the biggest being unfavourable taxes imposed on early-stage funding. As per an analysis by iSpirt, 54 per cent of the Series A stage companies moved out of India in 2014. This number is expected to grow to 75 per cent this year.

For more mature start-ups like Ezetap, Capillary Technologies or Practo for whom moving out was primarily driven by unfavourable listing norms here, that seems to be getting sorted out. Market regulator SEBI recently announced new guidelines for easier listing norms for technology start-ups. Reportedly, the new rules are to be finalised by June. However, experts believe it would take about a year or so to know whether the move is able to retain outgoing start-ups.

Going global, however, has its own set of challenges. For a young start-up, the biggest challenge in venturing into the highly competitive US market is building a great product. "One of the major reasons why customers shift from one product to another is simplicity of user-experience, even though it may be a very complex product at the back," says Sastry of Nudgespot.

Another big challenge in moving to clusters of small countries like in the Middle East or South East Asia is a complex management structure. "Managing costs can be tough because one would need to hire several country managers," says Chandra of Helion.

THE BEST START-UPS IN INDIA

It is in this heady context of start-ups dreaming very big that this year's edition of Business Today's annual survey, India's Coolest Start-ups, was conducted. The survey accepts applications from companies less than five years old, and quite a few of the 103 applicants fall into the bracket of going global early.

Framebench's 10-people team - five in product development and five in marketing - got a US-based advertising agency as its first customer. One of its 23 paying customers is the Ohio Republican Party, which was looking for a productivity boosting solution for the state elections last October, and found a fit with Framebench's product.

There are several such under-five-year-old companies in our winners' lists, including Bangalore-based Edureka, which gets about 65 per cent of its revenue from markets in US, UK, East Europe, South-east Asia, Australia, North Africa and Western Europe.

This year's survey, apart from confirming this trend, also zoomed in on the best start-ups in the country. The winners were identified through a robust process. And, talking of trends, guess who the top companies are in the two categories? ShopClues and LimeRoad - both e-commerce companies, a segment that is seeing heavy action in India.

There are eight more winners of this year's survey. ShopClues carves out its own niche in the industry

8 men who built empires away from limelight