Calling It a Day

Y.C. Deveshwar at ITC and A.M. Naik at L&T have built a legacy any corporate leader would be proud of. Then there are others whose initiatives are still in the process of bearing fruit.
E. Kumar Sharma | Print Edition: July 15, 2018 Anyone who has met both Y.C. Deveshwar, synonymous with ITC, and Sanjiv Puri, the new MD & CEO, knows that they are strikingly different - physically that is. And as Puri takes the mantle from Deveshwar, to expect him to slide effortlessly into his mentor's giant shoes may be unfair. But, thanks to some early thinking by Deveshwar, it may not be very difficult either. Deveshwar has, for the past few years, been involving Puri closely in strategy making and grooming him for February 5, 2017, the day Deveshwar, then 70, quit the executive leadership role and Puri took over as the CEO (he was re-designated as Managing Director effective May 16, 2018). For Deveshwar, who joined ITC in 1968 and has over the 21 years that he has been at the helm turned this tobacco company into an FMCG giant, passing the baton successfully to Puri might count among his biggest successes.

And this is exactly what he, an alumnus of Indian Institute of Technology, Delhi, and Harvard Business School, who led Air India as Chairman and Managing Director between 1991 and 1994, shares with another icon of corporate India - A.M. Naik - who took L&T from a Rs5,000 crore company in 1999 to an over Rs1,20,000 crore engineering conglomerate. Naik, too, has been able to successfully pass on the baton to S.N. Subrahmanyan after spending years grooming him for the top role.

Both have had an impact that is spread over decades. For instance, a lot of businesses ITC incubated under Deveshwar now have the size and scale to be on their own. Aashirvaad Atta, for example, has made ITC the second-largest wheat buyer in the country after Food Corporation of India; it buys nearly two million tonnes of wheat every year. Or the manifold increase in plantations under the paperboard division. By thinking beyond tobacco, Deveshwar ensured that the company does not miss the opportunities the FMCG sector offers in India. The driving force behind ITC's FMCG initiatives is a science and technology centre where over 350 scientists focus on creating products for new-age lifestyle, especially in the health and wellness space. Some of ITC's most successful products have been born at the centre - Aashirvaad sugar control release Atta; digestive biscuits made of 100 per cent Atta with no artificial sweetener, maida and sugar; and even juice made from real fruit rather than fruit pulp. This is apart from the sleep menus and alert foods that its hotels offer to their customers.

The tangible impact of these efforts can be seen in quarterly and yearly growth numbers but beyond that it is the strategic part, the vision, which made both Deveshwar and Naik take calibrated risks and anticipate customer reaction and competitor response. In 2016/17, Deveshwar took home Rs21.17 crore (including leave encashment on retirement) and Naik Rs78.91 crore (including encashment of accumulated past service leave of Rs32.21 crore and perquisite value related to employee stock options exercised during the year in respect of stock options granted over the past several years by a subsidiary company - Rs19.01 crore) . In both these cases, it is about people and calls taken that will fully fructify in the next 10 to 15 years and create shareholder value.

In both cases, the leaders seemed to have managed the transition with foresight by involving the next leaders into shaping strategy well in advance.

When Naik took over L&T as CEO in 1999, it was a Rs5,000-odd crore company. Today, its revenues are over Rs1,20,000 crore. This growth has come without acquisitions. In fact, some even argue that he has given a new meaning to the mission of Henning Holck Larsen and Soren Kristian Toubro, who had founded L&T in 1938.

L&T's journey to become a conglomerate and an engineering and technology powerhouse has involved building strengths in information technology, technology (defence, aerospace, nuclear, smart cities, complex structures) and financial services. In fact, the entire services portfolio was built with him at the helm. Construction, too, grew faster than most other businesses with entry into new areas such as water, power transmission and distribution, smart cities, ship building and even metro rail and it now accounts for about 55 per cent of revenues. Wherever there is a difficult construction job, L&T is seen as the go-to company.

After taking over as the CEO in 1999, among other things, Naik resisted a hostile takeover attempt. He then went on to create an employee trust, which has 13 per cent stake in the company, as a bulwark against hostile takeovers. He also created a lot of wealth for managers by introducing employee stock options. Most employees in the company have been there for years. Even for Subrahmanyan, who had joined in 1984, L&T was his first job.

Those who have worked with Naik say he can be very tough and demanding at work but is also very humane. The latter is evident from his initiatives around creating an employee trust and his deep involvement in charity work. Known for leading a frugal lifestyle and working for around 16 hours a day, he is rarely seen at corporate social events and avoids sitting on boards of other companies or industry bodies. He has pledged to spend 75 per cent of his earnings on charity and has set up a radiation centre in Surat; he is building one more such centre. He is also building an eye hospital in collaboration with Sankara Nethralaya in Navsari, apart from other initiatives there, including setting up a vedic education school in collaboration with the Banaras Hindu University. He has also set up a charitable hospital in Powai, Mumbai. Those who have known him over the years say he had decided in 2014 itself that Subrahmanyan would take over from him. He then groomed him for the next four years. This now leaves Naik time to focus on mentoring and CSR in his role as the non-executive chairman.

Clearly, if exits of Deveshwar and Naik from their executive roles are stellar examples of long-lasting veterans creating a legacy, it is hard to miss two examples of short period CEOs who, armed with rich experience of working in global organisations, were meant to be the change agents at two of India's finest companies - Vishal Sikka at Infosys and Subhanu Saxena at Cipla. Both were hired from outside. Both tried to ring in fundamental shifts in business. Some of their bets paid off and some did not but their stints form an important chapter in the growth story of their companies. Both were hired to deliver the next phase of growth for their companies and both remained CEOs for just about three years - Subhanu Saxena between 2013 and 2016 and Vishal Sikka between 2014 and 2017.

Where they differed was perhaps the manner in which they left their companies. Much has been written about Sikka's exit and the differences with founders/promoters. Saxena, however, left silently, citing family priorities. Despite the controversies and debates around Sikka's exit, here is what the company said in a statement announcing the acceptance of his notice of resignation: "Under his leadership, Infosys launched breakthrough new programmes to drive innovation, education and entrepreneurship on a large scale."

Much like the different views about the man and his leadership, there are several elements to his compensation package - Rs16.01 crore for 2016/17. This does not include the options grant as it has not been exercised. Including the grant, the figure touches Rs45 crore-plus. Views on him differ depending on who you are talking to but analysts say things could have changed for the better. "Today, it may sound that Infosys paid a lot of money to Sikka, but had he been around for six more months he may well have been successful in transforming Infosys and perhaps then his compensation would have been viewed differently," says Sudin Apte, CEO and Research Director, Offshore Insights.

Under Sikka, the Infosys stock rose 22 per cent from Rs835 on August 1, 2014, to Rs1,021 on August 17, 2017 (price adjusted for bonus). On August 18, after the news of his resignation was out, it touched a low of Rs884.40. It has, however, moved ahead since then and was around Rs1,249 on June 22. Sikkas golden parachute clause in his contract has also been in the news but his remuneration does not seem to show as if Sikka availed of it. Similarly, for Subhanu Saxena, his Rs25.34 crore (since Subhanu Saxena was the managing director and Global Chief Executive Officer for the period up to 31st August, 2016, the above remuneration is for the period from April 1, 2016, till August 31, 2016), the views on the impact he had would differ depending on who you talk to. Many say Saxena led the change from a partnership model where Cipla was more of a supplier to a domestic partner in an emerging market to building a front-end presence. He also put the spotlight on the US and Europe. As an analyst puts it, "Cipla's journey towards the US was started by him. It is now a very promising market. He also set up front-end presence in some emerging markets such as South Africa and Yemen." That continues to be the view with Cipla. What is arguably being reversed are some of the steps in biosimilars and foray into Europe. 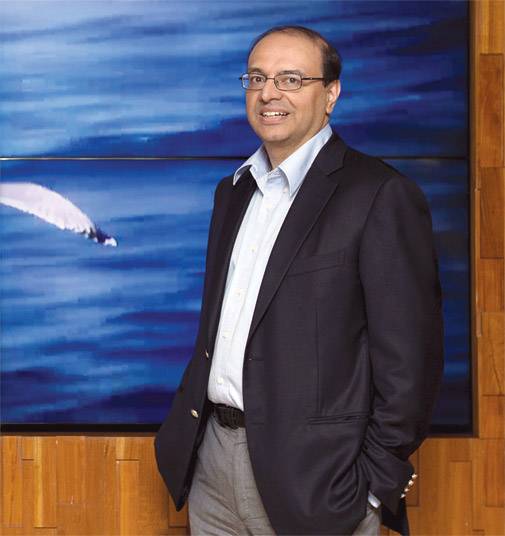 How To Hire Your Head Honcho