Reflections on the Proposed IIM Bill 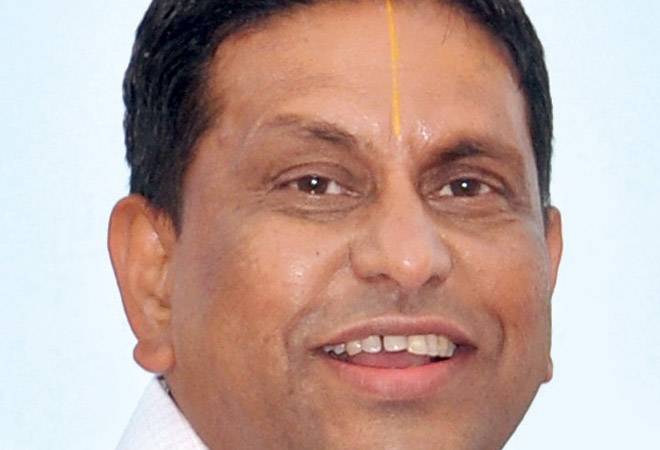 The Ministry of Human Resource Development (MHRD) has recently placed a draft bill in public domain for comments from stakeholders. The proposed bill envisages a nationally important institutional status, and degree-granting powers to the Indian Institutes of Management (IIMs). The opinions of most IIMs have, predictably, been adverse. In fact, the debate has been pushed to a point of being acrimonious and sharply focused on the possible negative implications of the bill.

The need for a comprehensive bill to enable the IIMs to grant degrees is real. In the context of 19 IIMs as of 2015, it is not realistic to make management education operational (by a set of nationally important institutions by perception and funded by public investments) through a legal structure of societies. These institutions have been seriously handicapped in expanding their portfolios of academic activities and geographical footprint. The quality of education by IIMs is recognised all over the world. However, it is also a fact that there are technical glitches in establishing the equivalence of the post graduate (PG) diploma programmes of IIMs with MBA degrees, even within the Indian educational system. The legal structure of the society was perhaps an ad hoc arrangement 50 years ago, when IIM Calcutta and IIM Ahmedabad were created. This structure has outlived its utility. And the time has come to provide an appropriate legal status technically as well as constitutionally to these institutions. Given the fact that they have a reputation, a history, and mature systems and procedures to govern the academic, administrative and financial responsibilities, the proposed bill should be innovative enough to retain their inherent advantages and provide a framework for acceptance in the overall legislative context of India. Operationally, this means the proposed act should have significant departures from similar acts related to central universities, IITs and other nationally important institutions.

Like any other draft bill, it also has provisions that can be modified and strengthened for public good. Since IIMs are public institutions, they should not only be seen as great brands, but also as socially relevant and accountable. Based on the draft bill proposed by the MHRD, the debate has moved from the core issues that need to be strengthened in the proposed bill to general discourse on autonomy, excellence in performance, operational freedom and accountability (or the lack of it).

At the outset, it is important to recognise that the IIMs have made India proud, produced illustrious alumni and transformational leaders. They have also developed systems and processes that ensure transparency in admissions and effectiveness in placement. However, it is important to recognise that there are other important institutions, such as the IITs, ISI and NITs, which have done equally well on all these parameters, if not better. Most of these institutes operate on a legislative framework and enjoy relatively lesser freedom than the IIMs, in view of the fact that they are publicly funded institutions. This observation should not be misconstrued as an argument towards reducing the autonomy of higher education institutions.

We briefly recollect the existing relationship between the government and the management institutions. It is well known that the government has zero influence or interference on the admission process of IIMs. They are free to charge an appropriate fee and deploy financial resources in the context of the institute under the overall direction of the Board of Governors. The government appoints the director and the chairman. Since the government has founded and funded these institutions extensively, they are subjected to CAG audit to ensure transparency in the spending of public funds. The PG diploma programmes of these institutes are deemed to be approved by AICTE.

The government has exercised restraint when there were violations, but with the autonomy and the operational freedom that the IIMs have enjoyed for the past 50 years, it may be worthwhile to focus on the influence and impact of the institutions on the larger social context in which IIMs operate. While there is no denial of the fact that the IIMs pursue excellence in academics, very few evidences are seen where IIMs have taken the lead in the resolution of key challenges that impact or improve the status of the common man.

The social impact of academic activities and training programmes in terms of teaching, research and placement is not well documented. IIMs could have played a more proactive role in improving the quality of management education in the country. Some would argue that the doctoral students are contributing to the higher quality of education in smaller business schools. This is too little. The potential and scope are vast and significant. On the contrary, one of the older IIMs had even resisted the expansion of the IIM network in the country under the disguise that such an expansion would reduce the brand exclusiveness of older IIMs.

It is inevitable to observe that IIMs have somewhat maintained a position of isolation in the context of society. Their operational model leverages on the significant demand-supply gap, preferential selection, excellent placement opportunities and a brand built over a period of time based on externalities and premium fee.

Each one of these institutions has a healthy corpus, which is periodically used to invest on construction activities. There are no evidences that the operating surplus generated by these institutions is used to reward faculty, pay incentives to the staff or better the facilities to the students (barring a few exceptions). No capacity expansion was envisaged by older institutions for about four decades, in spite of the huge unmet demand. The official explanation was shortage of faculty. Simultaneously, these institutions launched one-year Executive PGP at a premium price - a perfect example of practising business in the context of education. It required a directive from the government and a three-year time frame in the context of OBC reservation to expand capacity. IIMs are not fertile grounds of innovations in terms of programmes, design and delivery. Often innovative ideas are resisted. Adoption of technology on course delivery is at best modest (with an exception of IIM-C). In the context of older IIMs, autonomy is equivalent to maximising what is of self-interest to them with practically no accountability.

The older IIMs have mobilised adequate counter balance and criticism among various stakeholders on aspects of the bill which needs to be strengthened or modified. The IIMs might have chosen to deal with this matter without much publicity. It would be befitting to the stature of the older IIMs to welcome the proposed act in principle, and proactively engage with the government in a meaningful dialogue to ensure the act retains the best practices of IIMs in the context of a legislative framework.

The existing legal structure of IIMs has outlived its utility. There is a need to formulate a comprehensive and uniform act which will enable the effective functioning of IIMs on a common platform without compromising the operational autonomy (academic, financial and administrative) and bestow powers to award degrees and diplomas like other universities. We sincerely hope that the IIMs and the government will work towards this. Such an approach would ensure better management education in India.

Change is only constant at these four B-schools

Learnings from business schools in Singapore