KBS Anand is taking Asian Paints on a journey to consumers' kitchens and bathrooms, in a bid to future-proof its paints business. 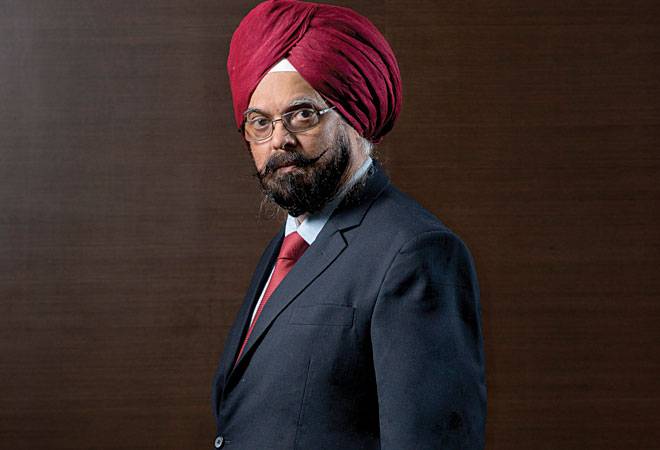 'In about 10-15 years, if we succeed, we will have built a brand in the home improvement space, which will not only expand our business, but also protect the paints business,' says KBS Anand MD & CEO, Asian Paints Ltd (Photo: Rachit Goswami)

The friendly, jovial, kind-looking, bespectacled Sikh gentleman before you says, deadpan: "We are a small paint company." Coming from Kanwar Bir Singh Anand, Managing Director & CEO of Asian Paints, India's big daddy in decorative paints for decades, you might construe it as false modesty. But Anand does have a point. With less than $2 billion in topline, Asian Paints is a "dwarf", as Anand says, on a global level compared to majors like AkzoNobel ($16 billion revenues in 2014), PPG ($15.4 billion), and Sherwin-Williams ($11.1 billion).

But, in its home market, Asian Paints' topline and profits are higher than the combined numbers of its next three rivals, which includes world No. 1 AkzoNobel, plus Berger Paints and Kansai Nerolac. It mostly leads market trends, and when it doesn't, such as in tinting machines, it comes in later and still dominates. "It's not that we've done everything first," says Anand. "But it's better to do it fast. If somebody has done it and you think it's a good thing, you must also do it." Such has been the company's dominance that "Asian Paints is regarded as a generic brand" in decorative paints, says Abneesh Roy, Associate Director, Edelweiss Securities, adding: "It has 53 per cent-plus market share. AkzoNobel has been trying for many years to make a dent in India, but has found it very challenging."

Over the past three years, led by Anand, 60, the son of a navy officer, Asian Paints has striven to rub in its dominance. And now, it has made a strategic move to go beyond paints and become a more holistic home decor solutions company that offers, besides paint, kitchen and bathroom solutions, wallpaper, colour consultancy, and more. In August 2013, Asian Paints bought 51 per cent stake in Sleek International, a kitchen solutions provider, the first step in its foray into the 'home improvement' space. Sleek, now branded Sleek Kitchens by Asian Paints, is a specialist in modular kitchens - apart from designing and building kitchens in full, it also sells a wide range of accessories, shutters, appliances, hardware and sinks. Then, in June 2014, the company acquired a bath fittings and accessories company called Ess Ess Bathroom Products Pvt Ltd, along with its network and sales infrastructure. "We have entered into a lot of allied areas, but the basic focus has been attempting to fulfil the customer's needs from the point of view of decor, products and services," says Anand.

Industry observers have mixed reactions to these moves. "If you look at parallels across other emerging markets, home decor is a very attractive market from a perspective of spends and profitability," says Abheek Singhi, Senior Partner & Director, BCG India. "A set of influencers are common - interior decorators, architects, painters, contractors. So I do see this as a logical adjacency for a successful (paints) company." But Edelweiss Securities' Roy has a different take. "Their endeavour to get into non-paints is a big challenge, because they don't have core competence," he says. "They will depend upon synergy, but you also need the know-how. They are competing against established players there, so it is a big challenge." Indeed, international players like Hettich, Haecker, Johnson and Hafele, and even Indian players like Godrej Interio have been around for a while, and Asian Paints might struggle to make a dent. Anand, though, is not thinking - or worried - about the present. For him, the foray into these businesses is the start of a 15-year journey. The cost of paint in a painting job, he explains, is now down to 40 per cent from 90 per cent three decades ago. Labour cost comprises the rest. "In Western countries, labour is 90 per cent of the cost," he says. "India will soon hit 75-80 per cent." And this is true not just for painting, but also for carpentry, plumbing, small repairs, and so on. In the West, tools, equipment and accessories for such jobs are sold in large-format stores such as Home Depot and Carrefour. "They provide all the goods in one location, open 24 hours a day," says Anand. "People drive down, pick up whatever they need and start painting." And plumbing. And carpentry. And so on.

Anand expects India - and Indians - to move in a similar direction in about a decade or more. And Asian Paints' move into non-paint businesses - combined with the strengthening of its paint portfolio and front end - is part of a larger plan to become a one-stop solution for all home decor needs. To this end, the company has also launched wallpaper, stencils, stickers, and more. "We are basically still selling paint, but providing all other tools in the manner the housewife wants to transform her home," says Anand. The company is working out the structure of its first home improvement store in Coimbatore, which it is likely to open in a couple of months. "We think, in about 10-15 years, if we succeed, we will have built a brand in the home improvement space, which will not only expand our business, but also protect the paints business," he says.

In the core paints business, Asian Paints has gone all out to strengthen both its product portfolio and service. The company has created a seven-member Technology Council, comprising Anand, the president and vice-president of technology, and four external members - professors, scientists, management consultants. The council's agenda is to brainstorm on the company's technology needs and zoom in on business opportunities based on technological prowess. This approach - along with customer feedback garnered through multiple ways - resulted in Asian Paints launching 23 products last fiscal, including both decorative paints and industrial paints (where it has two JVs with PPG of the US).

For example, one of the decorative paints, Ultima Protek, was launched last year to take on the vagaries of Indian weather. The dual-coating exterior paint has a Teflon surface. "In Mumbai, a big problem is waterproofing," explains Anand. "Normally, for products like waterproofing you have a soft paint, but soft paint attracts dirt." Ultima Protek has anti-algal, crack-resistant, water-proofing and anti-fading capabilities, and the company even offers a 10-year durability warranty. Anand says it is working very well, especially in Mumbai, "because it's painful to paint a 60-storey building, and no society wants to paint every two to three years". The company is continuously working on different products for different regions of India, because weather patterns vary hugely across the country.

The company has also strengthened its front-end in a big way. Asian Paints does not have distributors - it supplies its paints directly to 45,000 retail shops across India, through 125 depots. It has tied up with several of these retailers to tailor its service to customers. For example, in the past three years, it has added 250 'Colour Ideas' stores to take this format's count up to 300. A colour consultant from Asian Paints sits in these stores, and gives advice to consumers on paint solutions for their homes. "Last year we did more than 1.5 lakh colour consultancies for consumers," says Anand.

The company also has 3,500 Ezycolour stores. These offer more limited consulting, with a kiosk and a few tools to help the consumer but not necessarily a colour consultant because that is more expensive. "We are convinced that the only way to retain the consumer is by offering the consumer the best products, and the best way to select products - both for quality and use and for decor," says Anand.

Going ahead, Asian Paints plans to add around 300 more Colour Ideas stores in the next three to five years. "We will have many more products both in paints and non-paints to facilitate decor," says Anand. "And we will attempt to move into services even more than we already are." The company is also building up its manufacturing capabilities. It is doubling production capacity of its Rohtak plant from 2 lakh kl to 4 lakh kl per annum, by March 2016, and is modernising its older plants at Ankleshwar in Gujarat and Kasna in UP. It has also signed an MoU with the Andhra Pradesh government to set up a 4 lakh kl per annum greenfield paint manufacturing plant in Vishakapatnam at an investment of Rs 1,750 crore.

"I see two possible upsides (for the industry) - if there is a reduction in interest rates and residential construction cycle picks up," says Singhi. The second upside, he says, is the possible replication in mid-tier cities of the premiumisation trend - consumers upgrading from unorganised paint to distemper to emulsion - seen in the top cities.

Anand is bullish. "Per capita paint consumption in India is about 2.5 litre per person per annum; in the US it's about 15-20 litre; world average is 7-8 litre. As the economy grows, the Indian paints market will easily become three to four times the size it is today." Maybe then, he won't call Asian Paints "a small paint company".

Leading From The Front