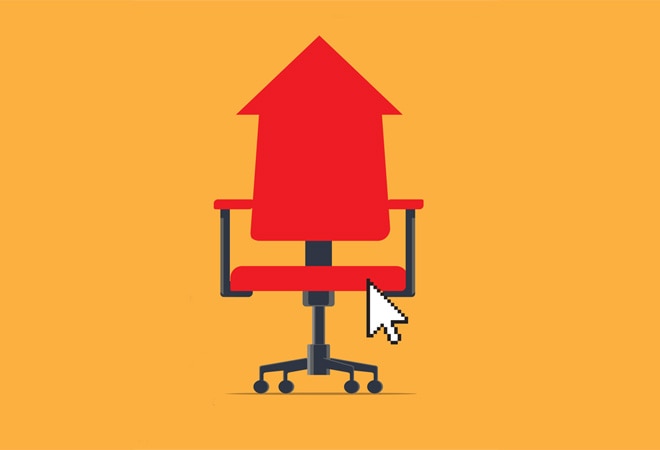 India's biggest advantage, its demographic dividend -- where its working age population is more than its dependent population -- can become its biggest nightmare without sufficient employment avenues. The year 2020 will be known for business shutdowns, layoffs and joblessness due to the pandemic. In December 2020, according to the Centre for Monitoring Indian Economy, India's unemployment rate was as high as 9.1 per cent. Many expected Union Budget 2021 to take note of this and create ample growth and employment opportunities. The government has tried to do that by increasing spending. An increase in fiscal deficit to 9.5 per cent of gross domestic product (RE FY21) and 6.8 per cent in FY22 shows intention to increase spending and push growth, which will, in turn, create jobs. There is also a 34.5 per cent increase in allocation for roads and railways to Rs 5.54 lakh crore. This comes on top of 137 per cent increase in investment in health and wellbeing to Rs 2.23 lakh crore. Both sectors are major employers.

Attempts to revive the banking sector also augur well for credit growth and, by extension, job creation. "Recapitalisation of PSBs and introduction of an asset reconstruction company (bad bank) are welcome initiatives because they will inject greater liquidity in the market, leading to job creation. Also, the increase in number of metro trains and city buses will give a push to manufacturing sector as well as EPC companies, creating jobs," says Aditya Narayan Mishra, CEO of staffing firm CIEL HR Services.

The Budget also proposes increase in FDI in the insurance sector from 49 per cent to 74 per cent. Insurance is a big employer. "The government has also thrown a challenge to the private sector to spend and expand their factories and enterprises, which will proliferate employment generation," says Lohit Bhatia, President, Indian Staffing Federation.

While increase in infrastructure and health spending is likely to create jobs, there is more than what meets the eye. "The Budget shows a 70 per cent increase in capital expenditure in the remaining two months of FY21. Whether it is feasible or not remains to be seen. Historically, this kind of growth has never been achieved in two to three months. So, whether it can really create jobs is something that needs to be examined," says D.K. Srivastava Chief Policy Advisor, EY India.

Also, investment announcements are a small part of the story. The country needs broader reforms around skilling, digitisation and formalisation for jobs.

"Many public and private investments in infrastructure have been announced over the last decade but not all of them materialise at the pace and quality that is expected," says Prateek Raj, Assistant Professor in Strategy at IIM Bangalore. There is also need for a national framework on how projects are monitored. He adds a lot of infrastructure projects in India are implemented by states and "some states do a better job at monitoring and implementation than others." Also, the Budget lacks direct measures such as stimulus packages to revive businesses such as in the travel and hospitality sector that were ravaged by the pandemic, but focuses on extending credit and ensuring liquidity, which are less effective, says K.R. Shyam Sundar, Professor, HRM Area at XLRI Jamshedpur.

Some experts were expecting additional employment assurance schemes to create urban jobs given that there is no unemployment insurance/assistance scheme except a narrowly-defined one under the ESI Act, 1948, which has few takers, says Sundar. He adds that while the Budget reiterates legislative measures such as universal minimum wages, night shift in all sectors for women workers, there is no financial allocation to encourage employers to change their systems. "What is the budgetary allocation for central and state governments for aiding the electronic system of labour administration that has been envisaged in all the four Labour Codes?" he asks.

The Budget was a bouquet of many small and fragmented interventions but did not address the vulnerability experienced by the poor due to lack of job opportunities. Raj of IIM-B says it could have focused on boosting the demand side as well. "Earlier schemes such as PMGKY scheme and MGNREGA could have been expanded further to make the Budget more holistic so that the negative impact of the pandemic and increased inequality can be better mitigated."