ABOUT: Many of the criminal and civil laws followed in India were framed in colonial times. Indeed, a huge number of Indian laws needs to be scrapped and new ones passed to help us progress.
By BIBEK DEBROY | Print Edition: January 17, 2016 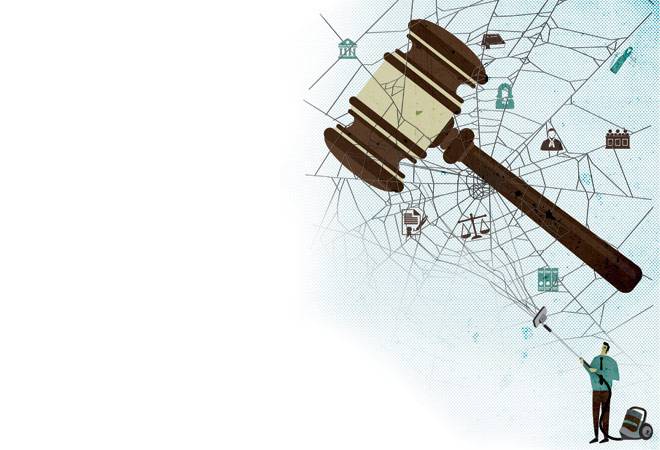 ABOUT: Many of the criminal and civil laws followed in India were framed in colonial times. Indeed, a huge number of Indian laws needs to be scrapped and new ones passed to help us progress. The man who has written extensively about it is Bibek Debroy, celebrated economist, head of the panel for restructuring Indian railways, and a member of Niti Aayog, the body that replaced the Planning Commission. He shares his views.

There is a quote from Publius Tacitus (Gaius Cornelius Tacitus), author of several texts including 'Annals'. As commonly cited in English, the quote goes, "The more corrupt a State, the more numerous the laws". That's not quite correct. Tacitus wrote, "Corruptissima re publica plurimae leges". We indeed have a clause about a corrupt State and another clause about plurality of laws. But there was no obvious causation in Tacitus. One could equally well translate this as, "The more numerous the laws, the more corrupt a State". However, the correlation is not in doubt.

Governments are elected to pass laws and all laws involve curbs on individual freedom. As a collective body, aggregated from individuals, those curbs are accepted by society because they result in the greater "common good", however defined. Behaviour, so to speak, is modified and incentivised to conform to a certain standard. How many "laws" are there in India? For several reasons, that is not a very easy question to answer. First, law is not always statutory in nature. Traditionally, legal regimes are divided into common and civil law jurisdictions. In the former, and India belongs to this category, law is not always codified. Though difference between the two kinds of jurisdictions is getting blurred, with codification in common law countries, there are common law strands in India and case law sometimes determines "law". Second, there is the category of administrative law, executive in nature. This is not statutory law, though it often obtains its sanction from some statutory law. Rules and orders belong to this category. Third, both Union government and State governments can legislate.

Within Union government, courtesy India Code, we now know exactly how many Union government statutes there are. But, one still has to figure out whether one is going to count principal acts alone or amending acts too. There have been several attempts to count (and suggest repeal) old laws. One such recent attempt was the Ramanujam Committee set up by PMO, in September 2014, to identify Union government statutes that could be repealed. (There were three Law Commission Reports too.) The Ramanujam Committee told us that 380 statutes, enacted between 1834 and 1949, still remained on statute books. There were another 2,401 statutes, enacted after 1950. That's a listing of 2,781 Union-level statutes. Note that following common law traditions, India doesn't have a system of desuetude. Therefore, statutes are open-ended. They continue to remain on statute books, unless they are specifically identified for repeal. Fourth, you will find a figure that 25,000 State-level statutes exist. I will soon tell you where that figure comes from. It is plain wrong. No one has a precise figure about State-level statutes. We don't yet have the counterpart of India Code there.

Despite law and economic initiatives and emphasis on institutional economics, economists rarely talk about legal reform. Since 1991, there have been isolated instances, such as when legal changes were necessary because of WTO or plurilateral/bilateral agreements, or when infrastructure and financial sectors were being liberalised.

All too often, the importance of the legal system as a constraint on economic growth and development isn't recognised and appreciated. Despite law and economic initiatives, and emphasis on institutional economics, economists rarely talk about legal reform. Since 1991, there have been isolated instances, such as when legal changes were necessary because of WTO or plurilateral/bilateral agreements, or when infrastructure and financial sectors were being liberalised. But those apart, as a test case, go through all the economic surveys. In how many of these does legal reform feature? Everyone acknowledges that India went through a heavy dose of government intervention between mid-1960s and mid-1970s. In how many economic treatises that discuss this period is there a specific reference to legal changes? The tightening up of Foreign Exchange Regulation Act (FERA) in 1973, Monopolies and Restrictive Trade Practices Act of 1970, Urban Land Ceiling and Regulation Act of 1976, tightening of Industrial Disputes Act in 1977/78 and change in the Preamble to the Constitution in 1976 are instances. Sure, we know about these individually; but is the importance of law, as part of infrastructure for economic policy, appreciated as part of the big picture? There is a back-of-the-envelope kind of number suggested about 10 years ago by the World Bank. If India can fix the legal system, there will be one per cent increment to GDP growth. It is illustrative.

What does fixing the legal system mean? There are several dimensions. First, there is the simple matter of old laws. Other countries also have old laws. We can laugh at old laws. Surely, they do no harm. Not quite, they can be used to harass people. Did you know the 1949 East Punjab Agricultural Pests, Diseases and Noxious Weeds Act applies to Delhi? According to this, if Delhi is invaded by locusts, the DM will announce the invasion by beating of drums and every able-bodied person has to cooperate in fighting locusts. If you think this is harmless, how about the Aircraft Act of 1934? Stated simply, under the given definition of "aircraft", you need a government licence to fly kites (of the literal kind). The Sarais Act of 1867 enjoins sarai-keepers to give free drinks of water to passers-by and can be made applicable to hotels. About 200 statutes from the 19th century still exist on statute books, often with colonial overtones. It is surprising these weren't examined and junked in 1950, when the Constitution came into effect. (There was a perfunctory attempt in 1960/61 and a more serious one in 2001/2002.) The Ramanujam Committee identified 1,741 such old statutes for repeal. Did you know that ordinances from 1949 still remained on the books? More and more reports - what action has been taken? That's a legitimate question to ask. In May 2015, several such old Union-level statutes were repealed through two Acts and a third Bill is pending. Between 1993 and 1998, I was involved in a project on law reform, known as LARGE (Legal Adjustments and Reforms for Globalising the Economy.) I have already mentioned the problem with obtaining access to a complete listing (and texts) of State-level statutes. For Odisha, we had a rough figure of 1,015. We multiplied that by number of States and got a rough figure of 25,000. This was no more than a guess and yet kept getting quoted. I have been associated with a law reform project in Rajasthan where we managed to get access to all the statutes and it numbered no more than 650. Therefore, I now think the number of State-level statutes will be around 18,000, not 25,000. Most of these concern land. 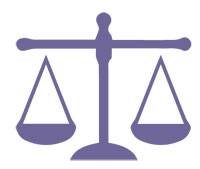 Second, revamping old laws isn't always that simple. Rare is the case when one can repeal a statute in its entirety. If that is the case, as in the instances I mentioned above, a simple repealing Bill will do. More often, there is an old section in the statute. That needs to be scrapped or amended, while retaining the main statute. This requires a scrutiny of the statute, section by section and is much more time-consuming. Consider Section 69(1) (a) of the Transfer of Property Act of 1882. "A mortgagee, or any person acting on his behalf, shall, subject to the provisions of this section, have power to sell or concur in selling the mortgaged property or any part thereof, in default of payment of the mortgage money, without the intervention of the court, in the following cases and in no others, namely, (a) where the mortgage is an English mortgage, and neither the mortgagor nor the mortgagee is a Hindu, Mohammedan or Buddhist or a member of any other race, sect, tribe or class from time to time specified in this behalf by the State government, in the Official Gazette." In similar vein, I can cite several sections from Indian Penal Code of 1860. In administrative law, I might want to retain Essential Commodities Act of 1955, but scrap several orders issued under it.

Third, and this is related a bit to the second issue, in the same area, statutes may not have been enacted at the same point in time. Therefore, definitions may not be uniform. A good example is labour laws. Depending on how you count, there are around 50 Union-level statutes that directly deal with labour, more if you count indirect ones. These don't agree on definitions like "wages", "child", "workman", etc. Since the case law has also evolved separately, that too varies, causing further confusion. These statutes need to be harmonised. In passing, laws haven't always been drafted well. There are problems with language. Bad drafting leads to disputes and interpretation by courts. In other parts of the world, there has been a plain English movement, so that laws are written in simple language. This has left India relatively untouched. 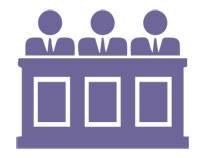 Fourth, India has been described as a country that is over-legislated and under-governed, reminiscent of Tacitus. Both in Parliament and Legislative Assemblies, there is an attempt to solve every problem under the sun through legislation, even though that legislation can't be enforced. Hence, there is excessive government intervention through statutes. This is sometimes perceived as taking ideological positions on degree of government intervention, but there is a better way of looking at the issue. Before passing any legislation, one should ask the following questions: Why is this statute needed? What are the costs if it is not enacted? What are the benefits and costs from enacting it? This is ostensibly meant to be addressed in "Statement of Objects and Reasons" that accompany all pieces of legislation, but undertaken very perfunctorily. If done properly, as some other countries have, we will have fewer and better laws.

Fifth, although not the focus of this piece, since this is about reform of the legal system too, one should mention speed of dispute resolution. Excluding quasi-judicial forums, there are more than 30 million cases stuck in Indian courts. There are several things that can be done to reduce the backlog, but this is not the place to discuss that. Suffice to say that one also needs changes in Indian Evidence Act of 1872 and 1973 Criminal Procedure Code, Civil Procedure Code of 1908 having been amended in 2002. These determine, along with other things, procedures followed by courts.

Before passing any legislation, one should ask the following questions: Why is this statute needed? What are the costs if it is not enacted? What are the benefi ts and costs from enacting it? This is ostensibly meant to be addressed in 'Statement of Objects and Reasons' that accompany all pieces of legislation, but undertaken very perfunctorily. If done properly, as some other countries have, we will have fewer and better laws.

Even without 1991 and post-1991 reforms, India's legal system should have been changed. However, liberalisation provides an additional impetus. The government has spoken about minimum government and maximum governance. This requires fewer and better laws, with focus shifting from licensing, control and government intervention to regulation. There have been initiatives by Union government and some State governments. However, a more systematic exercise needs to be undertaken by Law Commission and its counterparts in States.
Tags: Laws | Civil law | Indian laws | Indian Railways | Niti Aayog | Planning Commission