Kalanithi Marans annual remuneration at Rs77.9 crore may seem a whopping amount but the fixed component (Rs13.14 crore), like most business leaders, is a small fraction of that number. The variable component added up to a hefty Rs64.79 crore (ex-gratia/bonus) in 2016/17.

Under Maran, Sun TV Network has posted robust earnings in recent years. It clocked a total income of Rs3,002.10 crore in the year ended March 31, 2018, a rise of 11 per cent over the previous fiscal. The company's bottom line expanded 11.6 per cent to Rs1093 crore in the same period. Sun takes pride in being "one of the largest television broadcasters in India operating satellite television channels in Tamil, Telugu, Kannada and Malayalam and FM radio stations across India." Maran is focused on creating a lean cost structure for his network and shut down his loss-making Kannada news channel in 2017. He is also on the prowl for new opportunities and recently launched a Malayalam comedy channel, Surya Comedy. When pawan munjal, 61, became the managing director of Hero Honda in 2002, the company was already the world's largest two wheeler maker. His acid test came in 2010 when he parted ways with Honda Motor Corp. But Hero MotoCorp has held firm, exploiting the strength of its brands and distribution while building technical expertise.

In 2015, Munjal also became the chairman, making him one of the highest paid CEOs in the country. His remuneration was Rs59.7 crore in 2016/17. This included a commission of Rs45.64 crore, with basic salary and perquisites making up the rest.

Munjal has envisioned Hero as a global player. The company began operations at its second factory outside India, in Bangladesh, in May 2017. He has not lost focus on India - the company recently began construction of its eigth manufacturing unit in the country in Andhra Pradesh. It will take the companys overall production to over a crore units per annum. Total income grew 6.4 per cent to Rs33,398 crore in 2017/18 while net profits rose 9.5 per cent to Rs3,697.4 crore.

To keep his nose ahead of competition, Munjal will have to dig into his wealth of experience. Despite their differences, Kallam Anji Reddy, founder of Dr Reddy's Laboratories, had praised Murali K. Divi's chemistry skills and entrepreneurial zeal in his memoirs. Some 28 years after Divi broke away from Reddy to found Divis Laboratories, those who know him say he is leveraging both these strengths. He is the guiding force behind the company's research planning and, evaluation of future products, apart from playing a role in contracting future business and customer engagements. Some of these are hard to quantify. In April 2017, for example, an import alert was imposed on its Visakhapatnam plant by the US Food and Drug Administration, denting profitability. But Divi ensured that remedial steps were taken and the issue was resolved by October. Divis posted total revenue of Rs3,949.71 crore in 2017/18, down 4.6 per cent over the previous fiscal, while net profit fell 17.43 per cent to Rs869.58 crore.

Divi's remuneration is pegged to company performance. It has two components - a fixed annual income of Rs1 crore while the rest is 3 per cent of gross profit as commission, as per the contract. He got Rs46.5 crore in 2016/17. The Companies Act specifies that 11 per cent of profits can be given to directors as commission. Divi's package rose 3.27 per cent in fiscal 2017 while median remuneration of employees went up 11 per cent. with an annual package of Rs45.7 crore in 2016/17, Onkar Kanwar is fourth in the pecking order. In a career spanning over four decades, Kanwar, a Science and Administration graduate from the University of California, has lifted Apollo from a single plant Indian manufacturer of commercial vehicle (CV) tyres to a global entity with a full-fledged product portfolio, spanning three continents and six factories.

Kanwar took home a salary of Rs4.8 crore in 2016/17 and was also awarded a kings ransom as commission (Rs33.6 crore). Perquisites added another Rs5.8 crore to his remuneration. With profits sliding on rising raw material costs, Kanwars remuneration dipped in 2016/17.

Kanwar sets audacious targets to determine risk taking abilities and the commitment of his workforce. Hari Mohan Bangur, 66, the Managing Director of Shree Cement, is the highest paid promoter in the cement sector. He took on mighty competitors such as the $44 billion Aditya Birla group and the $26 billion Swiss cement giant LafargeHolcim to hold on its own and also fought economic sluggishness and construction slowdown. In 2016/17, he drew a remuneration of Rs38.2 crore. The basic salary was Rs16.95 crore but commission was much higher at Rs20 crore. He also got a retirement benefit of Rs1.25 crore.

Bangur is credited with the rise of Shree Cement in the last 16 years. The cement maker, which was struggling to run its plant in Rajastan in 2002, enhanced its capacity from just around 2 MT then to around 35 MT. In 2017/18, the company posted a revenue of Rs10,160 crore as against Rs9,497 crore in the previous year. Jayadev Galla, Vice-Chairman and Managing Director at home-grown automotive and industrial battery maker Amara Raja Batteries, doesnt want to be a burden on his company. "I will make money when the company makes money," he says. This, to him, is a fair approach for all promoter-directors. "I take a long term view of my performance over multiple years though my pay is determined by the last one year performance."

His remuneration structure has been consistent right from the early 1990s. Gallas income is linked to the profitability of the company and is divided into two parts - salary of around Rs2 crore and the balance is commission (5 per cent of net profit), which in 2016/17 was Rs36 crore. With the companys profits dipping in 2016/17, Galla's package shrunk 3 per cent in the fiscal. Amara Rajas total income rose 4.5 per cent to Rs6,299.35 crore in 2017/18 while net profit was down 1.5 per cent at Rs471.32 crore.

Gallas thrust is on the career development of employees and becoming globally competitive. The company commissioned its state of the art two-wheeler battery plant in Andhra Pradesh in 2017. Balkrishna industries is a perfect example of Make in India. The company gets more than 80 per cent of its revenues from exports. Its history dates back to the mid-50s when founder chairman Mahabir Prasad Poddar began manufacturing cycle tyres. Balkrishna expanded to two and three wheeler tyres in the 80s and off-highway tyres in the mid-90s, entering the radial agriculture tyres segment in 2004. Arvind Poddar, son of the founder, took over the reins in 2006 as vice-chairman & managing director and was anointed the chairman & managing director in 2012. The focus on off-highway tyres strengthened under Arvinds leadership. Profits more than doubled in five years - surging from Rs355 crore to Rs716 crore between 2012/13 and 2016/17. Net profit stood at Rs739 crore on total income of Rs4,783.5 crore in 2017/18. Arvinds annual remuneration was Rs35.29 crore in 2016/17 - about Rs30 crore was commission.Over five years it has gone up 211 per cent. BANKING ON THE UNBANKED

With a Rs32.50 crore annual remuneration in 2016/17, Sanjay Agarwal, 47, will make successful, high profile bankers appear poorly paid. A first generation entrepreneur, Agarwal runs the AU Small Finance Bank that serves under-banked and unbanked customers in rural and semi-urban areas. The rise in Agarwal's package was a mind numbing 906 per cent in 2016/17.

Agarwal had a two decade track record of running a successful non banking finance company , AU Financiers. It became a small finance bank in 2017. The bank made a smashing capital market debut last July and has a valuation of close to Rs20,000 crore. Agarwal's market wealth is about Rs4,000 crore.

The annual report says that the compensation for 2016/17 has been inclusive of bonus for the previous year. Without the bonus, the rise would have been only 25 per cent, it says. 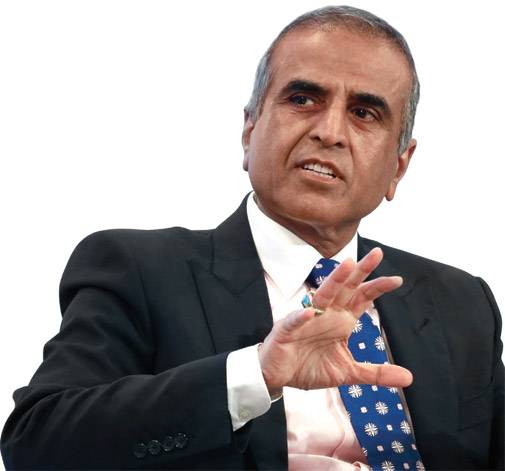 For the second year running, Sunil Bharti Mittal, 60, has retained the ninth position in our roster of India's highest paid promoter CEOs. The Chairperson of Bharti Airtel pocketed Rs30.1 crore in 2016/17, an 8 per cent increase over 2015/16.

It has been tough going for Mittal since Mukesh Ambani-owned Reliance Jio launched 4G mobile services in September 2016. Jio queered the pitch by offering services - both voice and data - free for the first few months. Even as Mittal battled adversity, his salary rose to Rs26.98 crore in 2016/17 (up from Rs24.62 crore in the previous fiscal) while perquisites remained unchanged at Rs1 crore.

The coming year will be the litmus test for Mittal. S.P. Oswal, Chairman and Managing Director of Indias largest yarn manufacturer and leading cotton yarn exporter, Vardhman Textiles Ltd, was among the top ten highest paid executives in 2016/17. He netted about Rs26.7 crore, which included Rs25.87 crore as share of profits made during the year.

The PAT for 2016/17 rose 48 per cent to Rs1,000 crore. While most textile companies found it tough to survive during the year, Vardhman Textiles managed to increase revenues by 2.04 per cent to Rs5728 crore, thanks to increased domestic sales, new product launches, shift to more value-added products and expanded global footprint. In the last five years, the company has invested over Rs2,000 crore to modernise factories and start new facilities.