Camera isn't the ladder to success

The Oppo Find 7 is a decent smartphone but is overpriced. 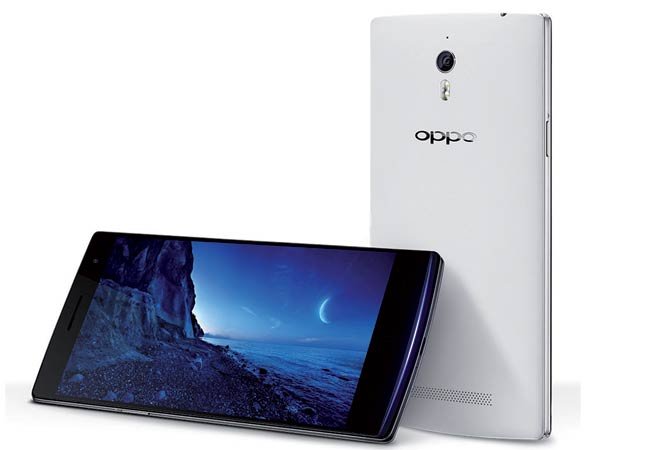 The Find 7 is a big device. There is a 5.5-inch capacitive display packed in a plastic chassis. It has a thickness of 9.2mm and weighs 173 grams. While the phone appears to be decent, I wasn't really comfortable holding the phone. It has got a removable back cover that hides a removable battery, microSIM and microSD card slots. On the left edge is the power key, while the volume keys are on the right edge. The device houses a Quad HD display, which can also be referred as a 2k display. It offers a display resolution of 1440 x 2560 pixels. While the text and images appeared crisp, there wasn't any revolutionary difference between the QHD display on Find 7 and Full HD display on other smartphones.

The smartphone runs on Oppo's Color OS, which is based on Android 4.3. It comes with a separate app launcher which looks similar to the stock Android UI. But there are a few differences as the stock apps have been replaced and it comes with a different notification panel.

Oppo has also added gestures to this phone. Oppo is going gaga about the camera of the Find 7 as it packs in a 13MP snapper that features a Sony IMX214 CMOS sensor. The phone can capture raw images too. It also has a special feature where 10 images merge together in the Super Zoom mode to create a single 50 MP image. The images captured outdoors were excellent and the results were decent during low-light conditions as well.

VERDICT:
The Oppo Find 7 is a decent smartphone but is overpriced.

Xiaomi Mi3 is a winner all the way