What is in store for investors in 2009? Money Today reached out to experts across all areas of personal finance to find out the new products and services that will be launched in the coming year.After detariff, what?Charting a brand new courseThe gain and pain of getting credit

>Favourable for end-users
>After detariff, what?
>'The new pension scheme is portable across jobs and locations'
>Charting a brand new cours
>Back to savings
>Your money, your life
>Better security for sunset years
>Setting a tough goal
>The gain and pain of getting credit
>Borrow to build assets
>Money on the move
>More covers, customisation
>Crisis could be cathartic

The future, said Walt Whitman, is no more uncertain than the present. When we aren’t sure about what’s happening today, dare we stick our necks out and foretell what will happen next year? We decided to go ahead and ask the experts what they thought 2009 would have in store. On the whole, despite the gloomy present, it appears that things might look up. The pension sector seems to be the most upbeat, with the New Pension Scheme to be opened to the general public from April 2009. It could even mark the beginning of the much delayed and desperately needed reforms in this sector. The real estate sector, meanwhile, is not exactly shining. But experts and analysts believe that the worst is over, at least for the buyers. Developers might lose crores of rupees, but you might be able to buy your house for less than you thought. Interest rates on your home loan could also be lowered, although getting that loan is likely to be an uphill task in 2009. Among other reasons for this is that banks are moving towards capital protection and away from selling innovative investment products.

Besides protecting their wealth, investors are also looking seriously at securing their financial dependants and their health. Meanwhile, general insurance products are gaining popularity. While this is good news, it also highlights the fact that people are thinking of protection, not wealth creation, which might have become a thing of the past; equities are not going to do as well as they once did.

But don’t lose heart. If you invest wisely, you will still be able to make some profit. And that, really, is what 2009 is going to be about: making careful and wise investing choices during turbulent times.

DEMAND IS WAITING FOR PRICES TO FALL

The real estate market is in the doldrums right now, but buying opportunities may emerge in 2009.

By Rakesh Rai
The next year will be crucial for the real estate market. The buyers will know if the prices are going to fall further and developers will find out how long they can hold without cutting prices. Experts believe that in 2009 even the bigger developers will be forced to cut prices to boost demand. It will also mark the end of the stipulated three-year lock-in period for foreign investors, who began investing in realty in 2006-7 when the markets were on an upswing. A sustained fall in demand for property could see them taking out the money.
According to the experts, the coming year will see the following trends in the real estate market: 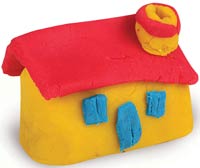 Cut in prices: While ticket prices have been cut by up to 15%, the discounts being offered can go up to 25%. Recently, many developers announced aggressive plans to enter the affordable housing segment. They are looking at various options to reduce prices—shrinking flat sizes to cut costs, offering discounts on the ticket price or including freebies like parking and accessories. Some developers are giving discounts to the existing buyers who haven’t defaulted on payments.

Small developers exit: With weak demand and fund-raising becoming increasingly difficult, there is a high probability that small developers with poor balance sheets will fall. Quite a few will also halt construction (as was seen in the mid-’90s in some cities). This would be beneficial for the large developers sitting on cash, but can also leave buyers in the lurch.
Fall in supply: Developers are holding back new project launches due to the credit crunch. Unsold properties, especially in projects in which only a couple of units remain unsold, will offer a great opportunity for bargains.
Increase in demand: Experts believe that there is enough inherent demand for real estate and it may pick up once the prices drop. Experts’ estimate of the price cut required to boost demand, however, varies between 20% and 30%.

Summing up the trend, Abhay Shanbag of Deutsche Bank says, “The downcycle would force developers to cut prices to boost affordability. This should drive demand and absorb short-term oversupply.” This view is shared by Sandeep Mathew of BNP Paribas Securities. He says, “Lower sales volumes are usually the first indicator that an upswing is over. Price is usually the last variable to change direction.” Adds Anuj Puri of JLL Meghraj: “In some markets, oversupply has paved the way for a price cut now because the developers had jumped in without any idea of the demand.”

This means we may be on the last legs of the slowdown cycle. However, what could be of concern to investors is how long this period will last. That, in turn, will depend on when the affordability improves.
Affordability will become better only through price cuts, interest rate cuts and longer loan tenures. The likelihood of longer loan tenures is minimal as it will increase the asset-liability mismatch for banks, say experts. While interest rate cuts will gradually improve affordability, price cuts are essential to revive demand. This is what will play out in 2009.