Insistent cost pressures over the past four to six quarters have put pressure on margins. Costs are up and margins are down. And companies have either passed on costs to their customers or bravely tightened their belts. What they need to do is think afresh and innovate, as they wait for sustained demand and better times.

Confucian wisdom demands that one economises during hard times, or else there is agony. With the central bank slamming the brakes on economic growth, corporate India is doing just that. Insistent cost pressures over the past four to six quarters have put pressure on margins. And companies have either passed on costs to their customers or bravely tightened their belts. The headroom, however, continues to shrink.

The hit comes from multiple sources. An analysis of the BT1000 companies over the past financial year shows that while total income and profits before interest, taxes, depreciation and amortisation have grown 20.6 per cent and 15.8 per cent, respectively, raw material costs have outpaced them with 24.7 per cent growth. Salaries and wages grew 17.5 per cent, power and fuel costs 20.8 per cent. Meanwhile, interest payouts by these 1,000 companies, too, went up by 13.2 per cent.

The story is the same with energy costs. Cement companies are among the hardest-hit with fuel related costs making up 50 to 55 per cent of total costs. "Fuel cost has almost doubled and, on a per bag basis, the impact is Rs 25-30," says M.K. Singhi, Executive Director, Shree Cements.

The cascading impact of higher crude oil prices, however, was felt both directly and indirectly. Higher freight costs and higher cost of many derivatives, such as packaging material, meant a broader hit. The price of Brent crude oil moved up by nearly 47 per cent in the past year alone.

In such a situation, passing on costs to the customer is about the only option. "Apart from taking various measures of productivity or efficiency within the organisation... we will have to pass on this cost increase to our customers to sustain our service quality," says Yogesh Dhingra, Finance Director & Chief Operating Officer, Blue Dart Express.

Car manufacturers have increased prices, passing on higher costs of steel and plastics. Apollo Tyres increased prices by around 17 per cent across product categories. And Meru Cabs' services have become dearer by 20 to 25 per cent in select cities.

The twist is, many companies have managed to retain a great deal of pricing strength in this period due to resilient demand. Take the paper industry, where raw material costs of both pulp and paper have gone up. "Demand was strong, so whatever increase we got was passed on to the customers," says B. Hariharan, Group Director (Finance), Avantha Group, which includes paper maker Ballarpur Industries and capital goods company Crompton Greaves.

When costs eased off a bit, Ballarpur did scale back some price increases, but it is again planning a five per cent price increase in the October to December quarter.

"Indian corporates have passed on cost increases fairly successfully in financial year 2010/11," says Manoj Thakur, CEO, Avendus PE Investment Advisors. "If you pass on price increases two to three times and still demand does not come off, it indicates that this is a demand-led inflation."

However, the ability to pass on costs is uneven across the corporate universe. Overall margin impact for companies such as Chennai-based CavinKare is in the region of 12 per cent due to higher crude and vegetable oil prices, but the company was able to raise prices only by eight per cent. The problem, as CavinKare Chairman C.K. Ranganathan points out, is that low prices are particularly sticky in some categories such as low-ticket shampoo satchels of Rs 1 to Rs 2. CavinKare, however, is working on cost optimisation strategies, like a focus on market segments that have low-price sensitivity, such as deodorants.

And it is not the only one. Apollo Tyres is working on minimising production costs, removing bottlenecks, and increasing quality control at its production facilities. Improved product mix and sourcing from more competitive sources are the other strategies being used. Unrelenting demand, regardless of price hikes, means inflation numbers have been pretty intransigent. In a bid to reduce inflation, the central bank raised interest rates 12 times in the past six quarters by an aggregate 350 basis points. While the inflation rate remains close to the 13-month high reached in August 2011, another hydraheaded monster - steep funding costs - has emerged. Cement companies, for instance, have seen interest costs go up from nine per cent to 11.5 per cent, adding Rs 5 to Rs 6 to the cost of each bag. Again, higher working capital costs have reduced margins. Higher capital costs have also forced cement companies to put new plants on hold, Singhi of Shree Cements says.

Other companies' fund-raising plans, too, have been stymied. CavinKare's Ranganathan, for instance, says: "Many of our plans are on hold even though demand continues to be robust." The company has chosen to be prudent by cutting back on spending, especially on capital costs. 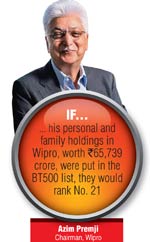 Meru Cabs is particularly affected because 80 per cent of its fleet cost is financed by banks. A 25 to 30 per cent increase in interest costs directly hits its bottom line. Gross margins have contracted by 15 per cent over the past two years, complains Rajesh Puri, CEO, Meru Cabs. But unlike cement companies or car manufacturers, he cannot pass on costs to the consumer without government approval.

So counter-intuitively, he seeks expansion to defray his high fixed costs over a larger base. Growth is the medicine he takes. At the other end of the spectrum, Avantha Group's Hariharan is quite comfortable with having a near-zero debt company, Crompton Greaves, under his watch despite its sub-optimal capital structure. It gives the company flexibility in uncertain times. "In the infrastructure space, the off-take has not been robust. It is better to keep the balance sheet unleveraged.

There is no risk even if demand slows down for two quarters, else the pressure on cash flows is immense," he explains. Another gremlin that occasionally rears its head for importers is the cost associated with volatile forex markets. In the past quarter alone, the rupee has depreciated by 10 per cent. While export companies will be uncorking the champagne, companies such as Apollo Tyres, which import nearly 60 per cent of their raw material, have to bear the brunt.

Yet another factor that loads the cost equation is wages and salaries. Travel portal Yatra.com is a case in point. Being in the service industry and having surplus cash, Yatra Online CFO Alok Vaish's stress is restricted to salary hikes by 10 to 13 per cent. "Finding and retaining good talent at reasonable cost is a challenge that we all have to deal with and don't think we can get away from," says Vaish. The average increase across industries has been in the 12 to 18 per cent range. Most finance heads have made their peace with the salary costs, though, and are amenable to giving bigger hikes in specific instances to retain talent.

"With India going through such an expansionary phase, it is only natural that good talent will be in high demand," says Vaish. The outlook depends on the way in which these cost pressures play out in the coming quarters. A recent cash flow stress test on 96 companies in India, by Morgan Stanley, found that though risks are rising, they are nowhere near 2008 stress levels.

Significantly, corporate balance sheets are stronger with net debt to equity being about 30 per cent lower. Moreover, relief on the major pain point of higher interest rates is expected. According to the rating agency CRISIL, rates have almost peaked. "They may increase marginally and then will move downwards," says Pawan Agrawal, Director, CRISIL. Most CFOs that BT spoke with remained cautious and upbeat in the same breath. They are cautious because the headroom to pass on more cost pressures is getting exhausted; and upbeat because demand remains resilient. It is time to cross fingers and pray.
Published on: Oct 22, 2011, 2:01 PM IST
Posted by: Navneeta N, Oct 22, 2011, 2:01 PM IST