Dhirubhai Ambani with sons Anil (centre) and Mukesh in 1989. It would have been mad to suggest then that the brothers would fight a bitter battle once the father was gone

Ratan Tata (left) with JRD (centre) and Russi Mody in January 1992, soon after Ratan became Tata Sons Chairman. Tata and Modi battled for control of Tisco after JRD's death in 1993

Adi Godrej in 1989, when his group was known for its safes, soaps, and typewriters. Since then, at least half a dozen other businesses have been added. And the typewriters are gone

Vijay Mallya in 1992 in a vintage car - a far cry from his current vehicular love, Formula 1, or the mountain of debt that has laid him low of late

Kumar Mangalam Birla (left) with grandfather Basant Kumar (seated) and father Aditya Vikram in 1994. A year later, at 28, Kumar Mangalam was in charge when his father died

Parvinder Singh looks every bit in command as Ranbaxy's Chairman in 1997 two years before cancer claimed him. Japan's Daiichi-Sankyo now owns Ranbaxy, as Singh's sons build a fortune with Fortis

Sunil Mittal in 1996, when Airtel operated in just Delhi and Himachal Pradesh. It is now the largest in India and a dominant player in Africa

Infosys' founders in 1997. This bunch has undergone little visible change, even as the company's turnover has risen from $39.5 million to $6 billion. You do the math

R.P. Goenka with sons Sanjiv (left) and Harsh in 1994. No fight between the brothers here, but Sanjiv has his own RP-Sanjiv Goenka Group 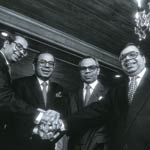 The Hinduja brothers in 1993. The smiles belie the tremors of controversy that accompany them everywhere: from Bofors in the 1980s to the UK citizenship row of 2001 Parle's Ramesh Chauhan in 1993, just after his $60 million deal handed Thums Up and other brands to Coca-Cola

Yogi Deveshwar on the wing of an Air India plane in 1993, when he was the airline's CMD. He is better known, though, as ITC's successf 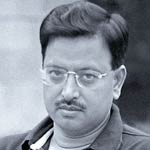 Satyam founder Ramalinga Raju in 2001, eight years before he would become the face of corporate chicanery 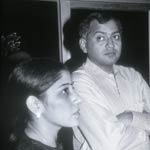 Venu Srinivasan with wife Mallika in 1999. He remains the CEO of TVS, which has slipped to No. 4 in two-wheelers. Mallika's TAFE has grown more impressively, acquiring Eicher's tractor business 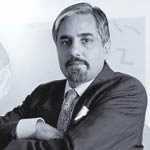 Subhash Chandra in 1993, a year after launching Zee. That TV you see would look dated against today's LCDs, but the 'global' ambition was realised in the coming years 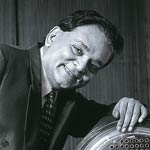 A.M. Naik in 1996, when he was a Director with L&T. He is now the CMD, and that suit won't hang this loose anymore 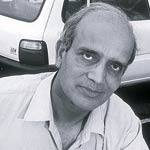 R.C. Bhargava in 1997, the year he retired as Maruti Udyog's CEO. He is back in the company, now Maruti Suzuki, as Chairman 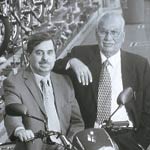 Pawan Munjal (seated) with father Brijmohan Lall in 1996. Hero Honda was then cited as a fi ne marriage of Japanese technology and Indian enterprise. Hero MotoCorp is all Indian 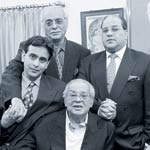 The Nanda family in 1997, when Escorts was of much more consequence in tractors and motorcycles