HOW WE DID IT

The process of picking the winners of the BT-PwC India's Best CEOs 2013 awards started with the BT500 listing of India's most valuable companies.

The data used was extracted from CMIE's Prowess database. The filtered list was then assessed on total income, net profit, market cap and return on equity over three fiscal years.*

The result was a Top 100 list of CEOs. This was then sliced into 10 categories and the top companies in each presented to a jury to choose the winners.

(*Total income and net profi t numbers are net of prior period and extraordinary income and expenses.) 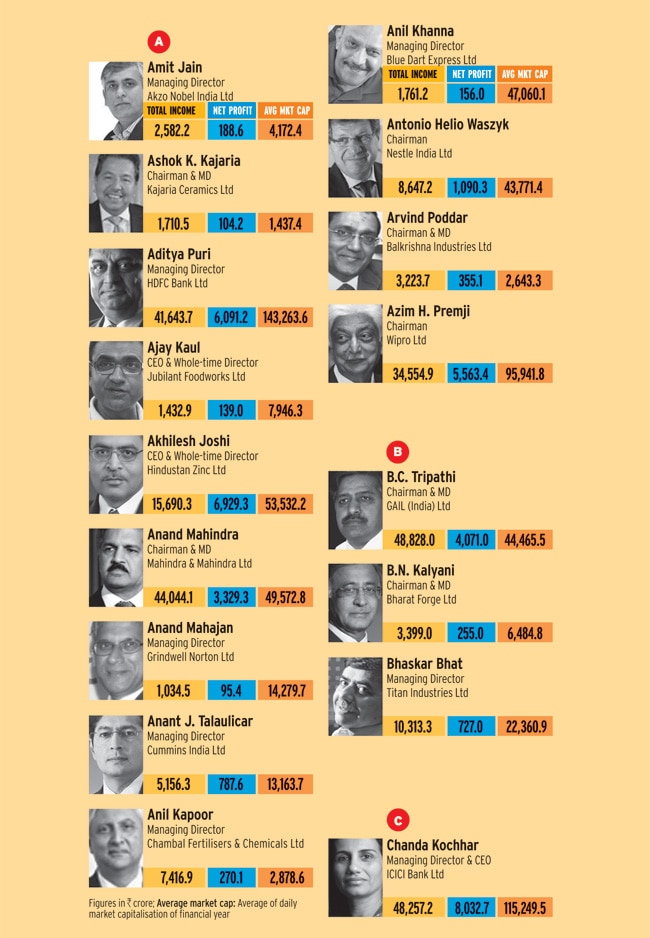