Coffee table and limited editions books are gaining in popularity

Both coffee table and limited editions books are gaining in popularity.

Rows of coffee table books at a South Delhi bookshop reveal their growing popularity <em>Photo: Aditya Kapoor; Location Courtesy: Timeless Art Book Studio</em>
Debashish Mukerji
In a country where the average print run of a new book, usually priced between Rs 150 and Rs 500, is 2,000 copies and books selling over 10,000 copies are considered bestsellers, why would a publisher want to bring out volumes costing Rs 4,000 or more? Not surprisingly, most leading publishers of the country shun such endeavour, but one who has boldly forayed into this territory and lived to tell the tale is Pramod Kapoor, publisher of the Delhi-based Roli Books. "In 1981, just three years after our company began, we published our first coffee table book, Ladakh, priced at Rs 500," he says. "It consisted of photographs from that region by the Bedi brothers, renowned photographers Rajesh and Naresh Bedi." The attraction is the exclusivity. Exclusivity is what luxury is all about: Pramod Kapoor, Publisher, Roli Books
The latest coffee table book published by Roli Books, Under the Desert Sun, comprising once again, curiously enough, photographs by Rajesh Bedi, this time of Rajasthan's picturesque landscapes, costs Rs 3,995. Kapoor has acquired a reputation as a publisher of such books and fully intends to step up his efforts - there are five such slated for publication in 2014. "The economics of such publishing is slightly different from that of the average book," he says. "If I can sell 3,000 to 4,000 copies of a coffee table book priced between Rs 4,000 and Rs 7,000 within 18 to 24 months of publication, I break even. The profits start if the book goes into reprints. If such books don't have reprints, they are flops." Most of them, he maintains, are indeed reprinted.

In fact, since last year Kapoor has gone a step further, bringing out 'limited editions' of some of the coffee table books - a concept common enough in the West, but hardly ever ventured into by Indian publishing. Limited edition books cost several times more. "We have taken 200 copies of Under the Desert Sun, put each one in a beautifully designed fibreboard case, and will be selling them for Rs 20,000," he says. Last year, he did the same with Delhi 360: Mazhar Ali Khan's View from the Lahore Gate, a study of an extraordinarily detailed and accurate painting which provides a panoramic view of Delhi in 1840. The original lies in the British Museum in London; a reprint adorns Kapoor's office. 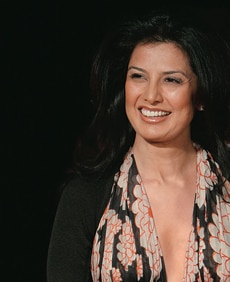 The Indian record for publishing the costliest book, however, rests not with Kapoor, but with leading fashion designer Ritu Beri, who in 2006, privately published the story of her life Firefly: A Fairytale at Rs 1 lakh a copy. "Penguin India asked me to write the book which I did, but when I saw their final version, I was a bit disappointed," she says. "So I redid it and decided to publish it myself." But why price it so high? Beri is reluctant to say. "I printed only 100 limited edition copies and sold them easily in India, as well as in Paris through the Louis Vuitton store on the Champs-Elysees," she adds. However, hers remains a one-off effort.

Limited edition books published overseas, many of which are distributed in India by Roli Books, can cost even more, up to Rs 3 lakh to Rs 4 lakh per copy. The margins, naturally, are handsome. But why would anyone buy books at such a staggering cost, when a cheaper version is available? "The attraction is the exclusivity," says Kapoor. "Exclusivity is what luxury is all about."