It has not given bankers the realisations they had hoped for. Now the government has unveiled a new approach even while they are modifying the act.

Two years ago, the landmark Insolvency and Bankruptcy Code (IBC) appeared to have handed a silver bullet to bankers for a quick resolution of the vexed problem of stressed loans. The Act did manage to create a sense of fear among corporate defaulters, but failed to maximise the value of assets for creditors and achieve a time-bound resolution. While it is too short a period to jump to any conclusions, the government changed track a few days ago by giving the green signal to a new five-pronged approach under "Project Sashakt" (or Empowerment). Under this, the government wants to set up one Asset Management Company (AMC) -- a Bad Bank in common parlance, which would take over the stressed assets first, and try and nurse them to health. (Later there could be more AMCs) In one stroke, the government seems to have relegated the IBC, making it a resolution tool of last resort.

The new five-tier resolution structure lists the IBC at fourth place. The first three approaches are outside the IBC and essentially entail dividing the Rs 8 lakh crore plus stressed loans into three different buckets - SME, mid-size and large loans. The fifth resolution tool is actually far more ambitious and is about creating a trading platform for bad loans.

Shyam Srinivasan , CEO, Federal Bank, says IBC is the anchor for resolution of bad loans. "Everything else ( AMC, ARC, etc.) is the additional support or enabler for IBC. The bankruptcy code will stabilise in due course," hopes Srinivasan. "Financial creditors can use the NCLT (National Company Law Tribunal) as a medium but not as the only option," says Abizer Diwanji, Financial Services Head, EY India. Abizer's EY provided support to Project Sashakt from structuring, taxation and accounting perspective. The new approach hints that assets with limited turnaround potential will be taken to the IBC.

So, what has made the government to dilute IBC in a short period of two years? A year ago, when the Reserve Bank of India (RBI) sent packing some of the biggest defaulters, from Ruias of Essar Group to Gaurs of Jaypee Group, the atmosphere was electric. The new code was seen as a harbinger of change for the banking system. But, clearly, the dozen large and complex cases tested the new legislation. The government had to push through two back-to-back amendments. There will be more going forward. But the most litigious amendment has been about debarring defaulting promoters from bidding for their own assets. Similarly, the inclusion of home buyers as financial creditors will have much wider ramifications for banks' future lending to builders and developers.

A few large assets have reached the finishing line but not without challenges. For example, the successful resolution of Bhushan Steel, where Tata Steel has been victorious, has been challenged by operational creditor L&T. In another successful case of Electrosteel Steels, Renaissance Steel challenged the eligibility of the winner, Anil Agarwal's Vedanta. In the case of Binani Cement, the promoters came back offering a higher bid than offered by the bidders. The IBC regulations are either silent or rigid on many of the new situations. For the government, it is becoming tough to fix a code while it is operational. But more than that, the IBC deadlines are getting breached, which doesn't send a good signal to foreign distressed funds or strategic investors. 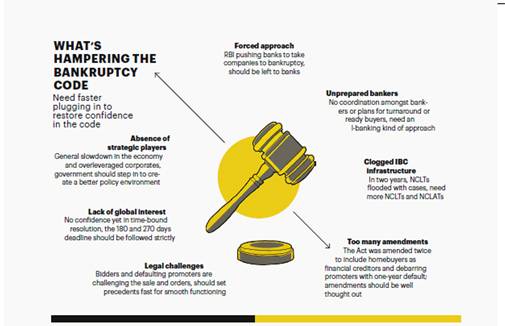 The bankers are not happy and have ended up taking the maximum haircut. For example, banks took a 60 per cent haircut in Electrosteel, 75 per cent in Monnet Ispat, 84 per cent in Alok Industries and 92 per cent in Adhunik Metaliks. Recently, NCLT sent Jyoti Structures for liquidation. There are already 145 liquidation cases, including voluntary liquidation. Liquidation of a company means loss of employment and productive assets.

IBC has actually failed on two counts - time-bound resolution and maximisation of value. It is beyond doubt that there are very few early successes of IBC. Recently, some experts have raised doubts on IBC emerging as a solution for India's `14 lakh crore bad loan problem. Indeed, the first dozen cases under IBC are yet to be resolved. So far, only four are out of NCLT. There are already 29 more in the second list, which includes Videocon, IVRCL, Uttam Galva, etc. By September, at least 70 more cases are likely to land at the NCLT for resolution. There is already a backlog of thousand cases. "The track record of successful resolution isn't inspiring," says a global distressed fund manager.

Consequently, the bankers lobbied hard with government against the rigid IBC framework as they were at the receiving end - higher provisioning (almost 50 per cent), lower profitability and losses and more and more capital requirement. The bankers have now got a temporary reprieve under Project Sashakt. Now they have to deliver.

While the IBC appears to be here to stay, it is still in an evolutionary phase. The bigger challenge is to fix the IBC as and when hurdles come in the way. There are broadly four areas where the law needs attention.

Globally, the bankruptcy decision is left to bankers, operational creditors or the debtor himself. But in India, there is a direction from the regulator. That actually compounded the problems. In February, the RBI directed banks to take even a single day default cases with exposure of over Rs 2,000 crore to bankruptcy if no resolution is worked out in 180 days. This would hit bankers hard as most of the cases would result in haircuts or liquidation at junk value. There are many who advocate that the RBI should have been a bit more measured in its approach but the central bank has been adamant. "You can debate the right timing till the cows come home," warned RBI Deputy Governor N.S. Vishwanathan recently, while adding that "there is no perfect timing to clean up the system". There are already close to a dozen banks under the RBI's prompt corrective action, meaning too weak to stand on their feet. The other big question was: Where will the government find the money to fund the provisioning losses of banks? The provisioning losses are estimated at Rs 4 lakh crore for the entire stressed portfolio. Experts suggest a multiple resolution approach outside the IBC framework would result in lesser provisioning and also better resolution outcomes. 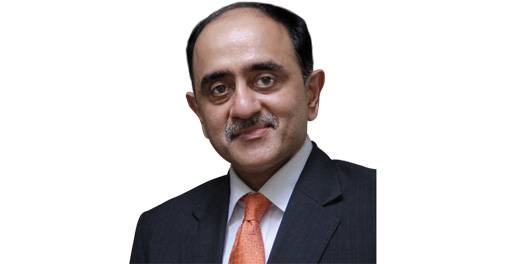 As the IBC is still in its infancy, there are numerous challenges by promoters, operational creditors and bidders. "The code is still evolving as people have different interpretations," says Kumar Saurabh Singh, Partner, Khaitan & Co. For example, there is a provision for estimating the valuation of assets and liquidation value of a stressed company by two independent valuers. In most cases, the valuations given by the two independent valuers have been taken as true and fair by the courts. But in one, the Mumbai NCLT questioned the way valuation process was conducted. "This causes some diversions. You have to restart the entire valuation process," says a Mumbai- based insolvency professional.

Similarly, there are maximum litigations under Section 29A, which debars defaulters. There are instances where defaulting promoters are offering higher value than the bidders. In the case of Kolkata-based Binani Cement, the promoters offered an out-of-court settlement with a higher price than the bidders. As a result of litigations and interpretation issues, the 270 days deadline is getting extended in many cases. The NCLT has ruled that the period of litigation is not counted. So the 180 or 270 days clock stops once litigation starts in an NCLT case.

The government is also quick to amend the laws. The voting threshold on a resolution plan has been reduced from 75 per cent to 66 per cent. It has now allowed withdrawal of IBC application filed by financial creditors or operational creditors if the 90 per cent of the voting members of committee of creditors (CoC) agrees. Similarly, defaulting promoters of MSMEs have been allowed to bid for their assets. "The whole approach (of the government) is also becoming more prescriptive, where they are prescribing regulations for every step of the process," says Kumar Saurabh of Khaitan & Co. Take for example, the government has come out with a rule that promoters with one year of track record cannot bid for their assets. In another amendment, they are exempting the MSME from the one-year default rule.

Many suggest the government should plug the loopholes that are coming in the way of value maximisation and adhering to a time-bound resolution. "The one-year default rule for debarring promoters should distinguish between a bona fide defaulter and a rogue or habitual defaulter," says a consultant. Under the current regulations, it is fine to hand over a stressed company at a lower price (with banks taking huge haircuts) to a distressed fund or a strategic player, but not to a promoter who may have defaulted because of genuine business reasons.

IBC was seen as the most transparent platform to attract strategic as well as global distressed assets funds. The presence of Lone Star, Oak Tree, JC Flower, Brookfield, CDPQ, SSG Capital, Bain and Apollo in India says a lot about global interest. But barring steel, there is hardly any interest in other sectors. Somehow bidders don't have confidence in the IBC system. There are some who now have doubts on the 180 or 270 days resolution cycle. "Given the litigations, we have to get used to longer period," says the manager of a global distressed fund. 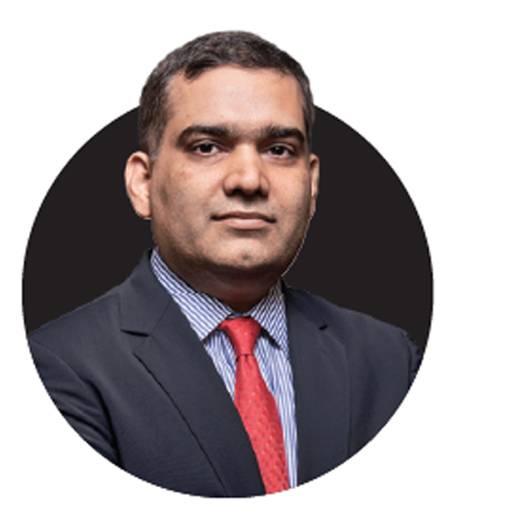 Global investors don't like tinkering with the law too much. There are still grey areas like the committee of creditors (CoC) cutting the dues of operational creditors under the resolution plan, which many affected parties are challenging For example, L&T is fighting for its reduced dues even though Bhushan Steel has been handed over to Tata Steel, the successful bidder. "This additional liability sword is still hanging. Thus, it is not a happy situation for any fund," says the manager. Experts suggest that global funds or strategic players should be heard before any amendments.

The IBC is also facing a serious bandwidth issue as the infrastructure of NCLT is clogged. There are currently 11 benches and two appellate tribunals, out of which only one is dedicated to bankruptcy cases. NCLT benches also handle the Companies Act cases. Imagine, in just two years, 1,000 bankruptcy cases landed at the doors of NCLT. Since most of the companies are registered in Delhi and Mumbai , the two NCLTs were bombarded with cases. This skewed distribution is contributing to an extension of 180 days deadline. "There should be separate bankruptcy benches to hear the cases," suggests Kumar of Khaitan & Co. Many say it should be run like an institution to prevent it going the way of DRTs (debt recovery tribunals), where cases got piled up for years without any resolution and led to severe loss of productive assets.

The IBC code is still in the formative stages. "In the long run, the IBC will act as a deterrent and help in creating a good credit culture," says Siby Antony, Chairman of Edelweiss ARC. The US also witnessed many teething problems and hundreds of amendments before the bankruptcy code became a model for others to follow. India, too, is making that journey.