Globally-renowned interior designers such as Philippe Starck, Giorgio Armani and Jade Jagger are increasingly lending their eclectic touch to high-end residences in India.

An Armani-designed living room at Lodha Group's World Towers project in Mumbai
Marque automobile brands, haute horologists and even helicopter makers are among the many purveyors of luxury who have formed alliances with artists and designers to create oneof-a-kind offerings for their discerning customers. A similar marriage between Indian property developers and interior designers of international repute is now giving rise to a new phenomenon - branded luxury residences. 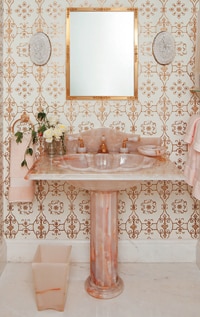 Bathroom fittings by Sherle Wagner
With the number of wealthy individuals on an upsurge and lifestyle awareness increasing, demand for branded luxury condominiums, penthouses and villas is rising. Mumbai-based Lodha Group, Pune's Panchshil Realty, Supertech and BPTP in the National Capital Region are among companies which have tied up with celebrated designers such as Giorgio Armani, Philippe Starck and Jade Jagger to tap into this opportunity.

"The idea of luxury - and that includes luxury homes - in India is a lot more widespread than people realise," says Armani, the noted Italian designer. "It is a visual and cultural attitude, which the expanding economy has made available to more levels of the vast population."

Property consultancy Knight Frank said in a recent report that using international interior designers has become increasingly important in a competitive marketplace. Abhisheck Lodha, Managing Director, Lodha Group, says the trend is gaining momentum thanks to the inherent appeal of the global brands as well as the limited availability of such residences. He says the market size of branded luxury residence segment in India is about Rs 7,500 crore - or only about 1,000 units - and it is growing at 20 per cent annually. 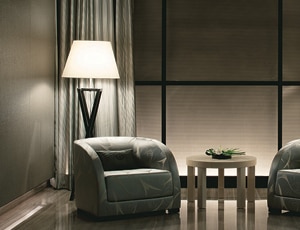 Some developers are pushing the envelope further by including a museum or an observatory in high-rise apartments. Residences are fitted with the finest accoutrements, be it a Baccarat chandelier, graphic wall artwork, bathroom fittings by Sherle Wagner or Duravit, or Italian flooring.

Branded luxury residences cost between Rs 5 crore and Rs 50 crore, depending on factors such as size, location and facilities offered. While customers are willing to shell out a premium for the unique designer tag, they also want their homes to suit their individual tastes.

Developers give buyers options from a variety of fittings, furnishings and themes within the designer's range. Buyers can even choose to include a private sky garden or, say, a home theatre.

"Everyone in India... cherishes and owns items that are beautiful and unique. Whether it's a fabulous shawl, a hanging on the wall or jewellery... everybody invests as much effort as they can to decorate themselves and their homes with great design," says Jagger. "This is a country in touch with artisan production." 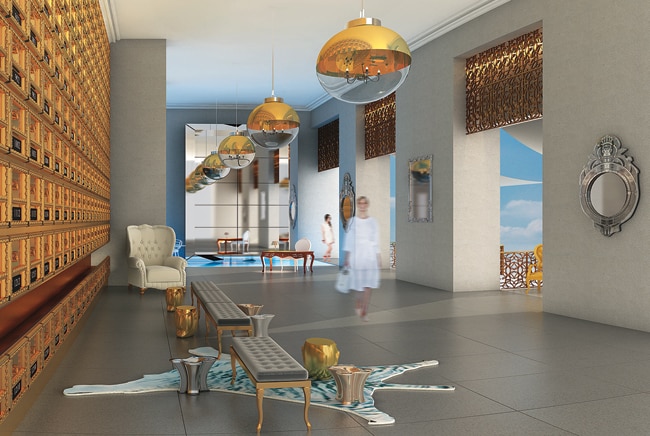 Heavenly: The lobby area of an apartment complex designed by Starck
The trend began in 2010 when Panchshil collaborated with the French designer Starck's Yoo Design Studio for YooPune, a super-luxury apartment project in Pune. YooPune has 228 apartments with prices starting at Rs 8.5 crore each. 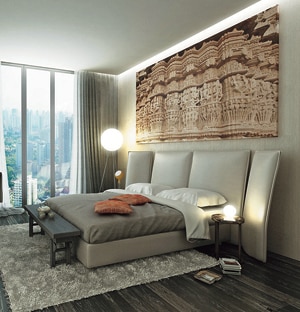 A bedroom in Trump Towers, Pune
Panchshil followed this up in early 2012 with the launch of Trump Towers Pune in collaboration with American real-estate tycoon Donald J. Trump's eponymous brand. The company roped in Italian designer Matteo Nunziati for the project. Scheduled for completion in 2015, the project boasts 44 luxurious condominiums of 6,000 square feet each at a price tag of Rs 12 crore. Each residence will have a private home theatre, among other facilities. The project will also have an art gallery showcasing contemporary art, private collections and exquisite jewellery, for its residents.

In the National Capital Region, Supertech has roped in Armani/Casa for a project in Greater Noida while BPTP has tied up with Italian design house IPE Cavalli to develop the Visionnaire Villas in Gurgaon. In Mumbai, the Lodha Group is building the 23-acre Lodha Evoq in collaboration with Starck. The developer has also joined hands with Armani's interior design division Armani/Casa for the World Towers project in Mumbai where mansions will cost as much as Rs 100 crore.

Branded luxury residences are attractive for the exclusivity they offer prospective buyers. There are only a handful of developers who can make the financial and execution commitments to make such projects a reality.

Will this niche segment continue to grow?

Anuj Puri, Chairman and Country Head at property consultancy Jones Lang LaSalle India, says the segment caters to a limited number of buyers. It is also facing challenges in finding land parcels in high-prestige locations and getting the right brands to come on board. "The latter is not an easy task, as international designer labels have very high brand standards which a proposed project must demonstrably be able to live up to."