How funds are siphoned

It’s perhaps India Inc’s worst-kept secret— promoters siphoning out cash from their companies’ operations. Here’s how they do it. Anand Adhikari goes into the details. 'There is some connivance in Satyam fraud' Satyam fraud shameful: Prem Chand Gupta  The great Satyam robberyLiving on the (pl)edgeThe maze that is MaytasOn the trail of fraudConfessions of auditorsAudit: Elusive independence'With XBRL, you can’t hide'When your boss does you inStruck by scams, stuck with stockFooling the shareholdersRipple effect 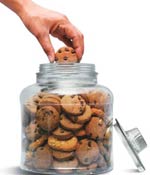 A day before the curtain went up on the Satyam tragedy—rewind to the board proposing two acquisitions of real estate and infrastructure firms promoted by the Raju family— another hushed board meeting with a not-too-dissimilar agenda sailed through peacefully on the outskirts of Delhi. A 10-member board of a textiles major assembled at the company’s headquarters to approve the acquisition of two businesses of a group company. The board duly approved the deal. Unlike in the case of the Satyam-Maytas proposal, the news didn’t hit the headlines nor did marketmen publicly vent their ire. That may be because not many foreign or institutional investors hold shares of these companies; also this transaction is small beer compared to Satyam’s $1.6-billion buyout proposal. Yet, the market made its displeasure clear, hammering the stock for days after the deal was announced. The uncomfortable questions asked on Dalal Street: One, why was the company writing out a cheque running into hundreds of crores to buy a group venture whose market cap is less than half the offer price? Two, why was it paying so much for two businesses of a lossmaking company?

The promoters defend the deal as they see synergies with the acquired businesses. They may be right, but investors weren’t quite convinced. That may be because they’re not confident that the proceeds will be used to generate value for shareholders. In fact, they may not even be clear where that money is going.

Cut to Hyderabad, where the auditors of a technology company made a qualification on an investment in a loss-making subsidiary on the company’s 2007-08 accounts. The auditors felt that the “diminution” in the value of investments was not taken into account while computing the net profit or loss for fiscal 2008. This company had some years ago made an investment in a wholly-owned unlisted subsidiary in the US. The Indian parent company has yet to get any returns in its investment as the US subsidiary has been continuously making losses. The milliondollar question: Did the promoters expect any return on this investment, in the first place?

Whilst nobody’s accusing these two companies of hanky-panky, fact is that the antennae of marketmen quickly go up when promoters invest huge sums of money from a company in either familyowned businesses or unrelated businesses. “Many such firms are unlisted and outside the territory of India. There is also no statutory obligation for them to disclose details,” says an auditor on condition of anonymity.

At a time when investigations are under way into whether Satyam has gone broke because its promoters siphoned money out of the company, the spotlight has turned squarely on India Inc. Is Satyam an exception, or the norm, in corporate India? And are external auditors keeping a tight check on the numbers? “It’s the promoters who call the shots... period,” says a Partner at a Big Four auditing firm.

Over the years, promoters have manufactured innovative ways to siphon off funds raised from bank borrowings or the public or the company’s profits and reserves (see How Funds Are Siphoned). “That may not be true for all Indian corporates, but the practice is quite rampant in mid-sized companies,” believes a Senior Director of a rating agency. A banker adds that the boom period of the last 4-5 years was exploited by many companies to swindle funds. In fact, the most commonly used route to siphon off money was by inflating project costs, adds the banker on condition of anonymity. The project cost is generally inflated by 20-30 per cent by conniving with vendors or suppliers of plant and machineries to take the money out from the company.

Mid-sized companies often exploit the working capital route by inflating “stock in trade” bills and “receivables” to take money out from the company. The big boys use sophisticated methods like routing funds to subsidiaries or group companies or companies of relatives as capital or loans and advances. Similarly, there are many instances of companies buying a business at an unreasonable valuation or investing in the equity capital of large unlisted companies. These investments or the returns never come back to the parent company, say experts.

That no financial scandals came to light during the years when India was shining is an inaccurate barometer of the integrity of Indian promoters. After all, such scams more often than not occur when the tide is rising and taking all boats along with it. It’s only when the tide goes out, to paraphrase Warren Buffett, that fraud and fraudsters get exposed. Raju will agree.