Indian luxury market is not an easy nut to crack

Authors of three books which discuss the Indian luxury market tell Business Today it is not an easy nut to crack.

Doing business in India is more difficult than in most other Asian countries because of the high level of ambiguity in rules and regulations, says Radha Chadha, co-author, The Cult of the Luxury Brand.
Debashish Mukerji
It was something that intrigued Radha Chadha no end while she worked in Hong Kong as Chief Strategy Planner for global advertising agency Bates in the late 1990s. "Girls in the office would go out in the lunch hour and return with a pair of Prada shoes or a Louis Vuitton bag," she says. "Many of them were relatively junior staff earning much less than I did. Yet they were buying these wildly expensive branded products which I, with my Indian sensibilities, wouldn't dream of doing."

She decided to explore the paradox more closely. The result was The Cult of the Luxury Brand: Inside Asia's Love Affair with Luxury, written in collaboration with planning and development consultant Paul Husband, published in 2006. Though it devotes just one chapter to India, and was published when the Indian luxury market was far less developed than it is now, it is invaluable for its comparison of the the Indian response to luxury to that of other Asian markets.

"Almost all other Asian countries have blindly followed the West as they became richer, especially in matters of clothing," she says. "They all have their traditional apparel, which they abandoned as soon as they could afford to. But in India the mix remains, especially on formal occasions."

Serendipitously enough, it was in 2006 that Michael Boroian, co-author, along with Alix de Poix of India by Design: The Pursuit of Luxury and Fashion, first thought of writing on the luxury market in this country. Currently the Paris-based Managing Partner of Sterling International, an executive search firm specialising in luxury goods and fashion, Boroian has years of experience in luxury retail behind him, including that of being Chief Operating Officer of a Hermes subsidiary in the US.

"In 1998/99, my firm was asked to recruit people for executive positions in luxury brands entering China," he says. "I discovered there was absolutely no information on the luxury retail scenario in China. I thought it would be a good idea to write a book on the subject, but no publisher I discussed the project with was interested."

But when he suggested a similar book on India some years later, the response was just the opposite.

"By then the luxury market in China had exploded and publishers realised what an opportunity they had missed," he adds. "They enthusiastically agreed to a similar book on India."

Published in 2009, India by Design is both a primer for international luxury brands seeking to enter the country - it includes a 'How to' guide, answers frequently asked questions and provides exhaustive lists of local partners for, and distributors of, global luxury brands - and a serious study of Indian history, demographics and culture to the extent these could impact the luxury market.

Clearly one book was not enough. Last year there appeared The Luxury Market in India: Maharajas to Masses, a collection of essays by a range of experts, covering issues similar to those addressed in India by Design, edited by Soumya Jain and Glyn Atwal. Jain is the Delhi-based Chief Editor and CEO of LuxuryFacts, an online luxury magazine begun in 2010, while Atwal is Professor of Brand Management at ESC Rennes School of Business, a leading French management school.

"Atwal contacted me for help in compiling a book about the Indian luxury market and we eventually decided to edit the book together," says Jain. Her impetus for taking up the project was the same as that which led her to launch her magazine. "I felt luxury is not covered in India the way it should be," she says. "It is taken too flippantly, confined to the lifestyle sections, rarely focusing on contemporary market challenges or the history and heritage of luxury in this country."

So how do the three perceive the luxury market in India? All agreed that the heightened interest of international luxury brands in this country was primarily due to - as Boroian's own experience testified - the extraordinary success the brands had achieved in a short span in China. But all three also felt that expecting India to follow the Chinese path was nave. Michael Boroian, co-author, India by Design, says there has been some evolution on the luxury scene in India, many brands have come in, some have been successful, some less so. But India remains a very tough market to crack.
"Though the luxury market has grown in India since my book was published, it has not done so as fast as it could have," says Chadha. "China, beginning in the mid-1990s, grew much faster." Jain attributes the relatively sluggish pace in India to a difference in mindsets. "In China, patronising luxury brands has much more to do with showing off and flaunting one's status than in India," she says. "The Indian consumer is more thoughtful and far more price conscious."

Could it also be due to the global slowdown post 2008, which has drawn India too into its suffocating embrace? Chadha believes that is possible, but Jain disagrees. "The kind of people who buy branded luxury goods in India are not those whose personal incomes have been affected by the downturn," she says.

Boroian maintains that the downturn in fact gave global luxury brands an added impetus to try and crack markets like India's. "The financial crisis slowed growth in the developed markets and led the luxury brands to focus more on emerging markets," he says.

But there are other factors too retarding the growth of India's luxury goods market. The Indian mindset, with its emphasis on eschewing needless expenditure, the infrastructural shortcomings of the country, the high import duties for luxury goods, the restrictive property regulations, the likelihood of counterfeit products flooding the market, are all formidable hurdles. All agreed that the lack of infrastructure was a huge problem - all three books dwell at length on the absence of suitable retail space.

"Luxury brands cannot set up shop just anywhere," says Jain. "They need high-end malls, and how many of these do we have? Just three - the DLF Emporio mall in Delhi, the UB City mall in Bangalore and the Palladium mall in Mumbai." The only alternatives are the shopping arcades of five star hotels, which many luxury brands are indeed utilising. But five star hotels also have the effect of intimidating and keeping away the wealthy, but not overtly sophisticated, customer. 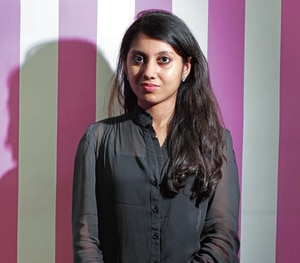 Soumya Jain, co-editor, The Luxury Market in India, says luxury is confined to the lifestyle sections, rarely focusing on contemporary market challenges or the history and heritage of luxury in India. PHOTO: ADITYA KAPOOR
The books, however, also note the positives for the future of luxury brands - India's big, fat wedding tradition, the sizeable black money economy, the growth of the 'BPO generation' which unlike its predecessors is guilt-free about squandering money, the growing number of celebrity endorsements of luxury products which, company studies have shown, do promote sales.

"Luxury brands have also been helped by the modification of some of the Indian government's import policies," says Boroian. "Earlier, many Indians who travelled abroad preferred to do their luxury shopping abroad too, as items were cheaper, but the lowering of duties has reduced the price difference."

Overall, however, the road ahead is unlikely to be smooth. "Luxury brands will have to be very patient in India," says Chadha. "Doing business here is also more difficult than in most other Asian countries because of the high level of ambiguity in rules and regulations." Boroian agrees. "There has been some evolution on the luxury scene in India, many brands have come in, some have been successful, some less so," he says. "But India remains a very tough market to crack."