India's best CEOs: The other nineteen

The 19 of India's best-performing CEOs, who through long stints shepherded a range of companies in sectors as diverse as manufacturing, banking, fast-moving consumer goods, media, automobiles, pharmaceuticals and energy.

Do they have a hard nose for numbers, and never take their eyes off the market? Do their employees love them or hate them? Do they have time to indulge in hobbies of any kind? You can add your own set of questions to what makes CEOs tick. But ultimately, what every company's stakeholders look at are shareholder returns and market capitalisation.

These two metrics encapsulate a company's past, present and future strategies as well. Providing positive numbers on both shareholder returns and market cap is a tough enough job; providing them over an extended period tests the mettle of the very best.

The BT-INSEAD-HBR study, which spans the period 1995-2011, identifies 25 such top leaders of corporate India. You have read about the top six performers. We present the next 19 of India's best-performing CEOs, who through long stints shepherded a range of companies in sectors as diverse as manufacturing, banking, fast-moving consumer goods, media, automobiles, pharmaceuticals and energy.

Yes, they keep an eagle eye on the numbers lest they flag; they work ungodly hours strategising for the present and grooming future leaders; they create thousands of jobs - don't forget that magical word in these dark economic times - and make a difference to our lives. And yes, they also paint and do not forget to pat the gatekeeper on the back on their way to work.

Mukesh Ambani, Reliance Industries
After the commissioning of the second refinery at Jamnagar under Reliance Petroleum in 2008, Mukesh Ambani told shareholders at an annual general meeting that real assets needed to be built on the ground such as the new refinery, and that paper wealth was meaningless. This was the period when the Ambani brothers had just split the Dhirubhai empire and there was constant comparison of their respective wealth. The brothers have since reconciled.

Vijay Jindal, Zee Entertainment Enterprises
As the Managing Director and Vice Chairman of Zee Telefilms from 1996 to 2000, Vijay Gopal Jindal steered the company in entreprenuerial style. He was instrumental in taking Zee TV from a single-channel company to a multigenre media powerhouse. He has also steered the global expansion of the Zee group into Europe and US. 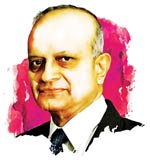 Pangal Jayendra Nayak, Axis Bank
Pangal Jayendra Nayak helped Axis Bank stitch a successful private equity venture. At a meeting with an investee company, Nayak took centrestage. "He did 90 per cent of the talking without annoying anyone," says a PE professional. "He asked all the questions we thought we should be asking a company where we are going to deploy our money." 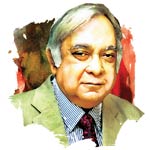 Subir Raha, Oil & Natural Gas Corporation
In 2006, Subir Raha* was spotted anxiously pacing in his chambers. When a fax arrived from Moody's, staffers understood its true portent. The credit rating agency named ONGC as the most creditworthy company in India, a couple of notches above the sovereign rating - the best achieved by any Indian firm then.
(*Subir Raha passed away on Feb 1, 2010) 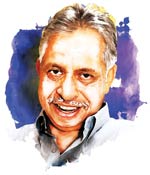 Kalyan Ganguly, United Breweries
Employees credit Kalyan Ganguly, President, Breweries Division, UB Group, for his leadership and delegation skills. His analytical acumen has helped sustain the UB brand for many years despite fast-changing liquor policies. He funds the education of 45 children of workers at NGO Compassion Unlimited Plus Action, with which his wife is involved.

Madhukar B. Parekh, Pidilite Industries
Madhukar Parekh is Dr Fixit for Pidilite. His insights ensured Pidilite launched and grew in the construction chemicals category. In over four decades, Parekh has worked in virtually every department and ensured that manufacturing units' processes are precisely monitored through an internally developed quality assurance system. Sunil Duggal, Dabur India
Sunil Duggal is respected for his ability to take a position. He backed his team's decision to launch a new pudina variant for Hajmola candy, despite Chairman Anand Burman rejecting the new taste. V.K. Rekhi, United Spirits
Vijay Kumar Rekhi, of United Spirits at UB, is an artist at heart. He is currently pushing Vijay Mallya and others in the industry to set up a beverage alcohol academy in India to churn out beer- and wine-making specialists, while inspiring innovation in the country's heritage booze like Goa's Feni.

V.S. Jain, Steel Authority of India
V.S. Jain, a chartered accountant, obsesses over reducing borrowings and modernisation of steel plants. At his last board meeting in SAIL, just a day before his tenure ended, Jain approved Rs11,000 crore for modernisation of three plants with a stroke of the pen. At Jindal Steel now, he brings the same passion to his work. Prakash Kulkarni, Thermax
For bringing back Thermax's only loss-making division back into the black, Prakash Kulkarni declared that his Managing Director M.S. Unnikrishnan would get a Honda City, the same car he himself was driving, proving he is a leader without airs, who appreciates jobs well done. 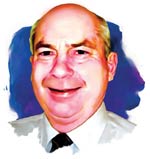 L.A. Dean, Sesa Goa
L.A. Dean helped Sesa Goa secure higher value contracts in China, just when the iron ore market was beginning to grow. Says P.K. Mukherjee, current Managing Director: "Despite his technical background, Dean had a nuanced understanding of the marketing aspects of the business, which came largely from his stint at BHP Billiton."

A.K. Puri, Bharat Heavy Electricals
When Ashok Kumar Puri realised that BHEL might not be able to invest over $5 billion in BHEL R&D, he quickly tied up with GE and Siemens to pursue joint bids in the power equipment business. Puri anticipated Chinese aggression and pitched for petrochemical and refinery businesses to ring-fence BHEL.

Ashok Soni, Voltas
Voltas was staring down a dark hole about a decade ago. Its commander-in-chief Ashok Soni had his task cut out. Soni set out to restore Voltas's past glory. He and his team visited the company's plants and offices, and offered the staff voluntary retirement schemes. The workers' union agreed and helped the company on to the path to a $1-billion top line.

B. Muthuraman, Tata Steel
You can falter at one step and yet find success later, if you persist in your goals. That is the lesson Tata veteran Muthuraman values from his days at Tata Steel. He tried unsuccessfully to set up the Gopalpur project, became Managing Director and, in 2004, took the Tatas back to Orissa at Kalinganagar. Muthuraman also led the charge in taking over Corus.

Anand Mahindra, Mahindra & Mahindra
In 1991, Anand Mahindra was trapped in his office in the Mumbai suburb of Borivali with a mob baying for his blood outside; and he recalled "that was the closest I have ever come to death". Undeterred, he took on the militant staff and won. The result: massive productivity increases. 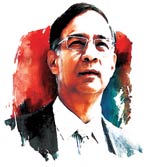 R. Seshasayee, Ashok Leyland
R. Seshasayee, currently Vice Chairman, got Ashok Leyland, or ALL, future-ready by making the commercial vehicle major self-reliant in technology, plugging product gaps and giving it agility by making it a youth-friendly organisation. Most importantly, he made ALL a smart place to work.