From global family insurance to minimum tenure, India Inc. is going out of the way to keep its honchos happy. But not all perks are in black and white.

Guenter Butschek, the CEO of Tata Motors, draws an annual basic salary of Rs 2.5 crore. But his perks and allowances total about Rs 13 crore. With incentives and retirement benefits, his remuneration adds up to a little over Rs 26 crore.

That's not all. In case the company initiates termination of his service before the end of his term (for reasons other than the violation of the Tata Code of Conduct), he will be entitled to severance pay for 12 months or the balance term of the agreement, whichever is less. HUL Managing Director Sanjiv Mehta's annual salary is Rs 6.96 crore but he received profits of Rs 5.6 crore in lieu of salary in 2017/18, besides other perks worth over Rs 1 crore. He also has stock options valued at Rs 5.43 crore. In all, the amount comes to over Rs 19 crore.

Clearly, when you are in the driver's seat of marquee names in India Inc., pampering is inevitable. And the bigger the company, the higher the benefits - which were traditionally defined as perquisites but now encompass everything the company does to keep the person at the helm happy and healthy.

"CEOs need to be taken care of. Corporate boards think CEOs must be completely immersed in work and not worry about exigencies or future requirements. Perquisites are a way to plug the gaps in creating the best support system for CEOs," says R. Suresh, the founder of boutique search and consulting firm INSIST Executive Search. "Perquisites are a way to make the top job lucrative and hold back CEOs by giving benefits in kind," says Pankaj Dutt, Managing Partner of Alexander Hughes' India and Malaysia operations.

Companies do not give break-up of perquisites in annual reports or regulatory filings. However, the most common perquisites in India are furnished accommodation, payment of electricity/water bills, club memberships and a couple of office-maintained cars. Now, a lot more is being added to the list. "CEO perks are customised according to allowances in their previous jobs and work experience. When the company is trying to hire a CEO, the prospective candidate will evaluate the upside. These perks are feel good factors," says Ronesh Puri, MD at Executive Access. 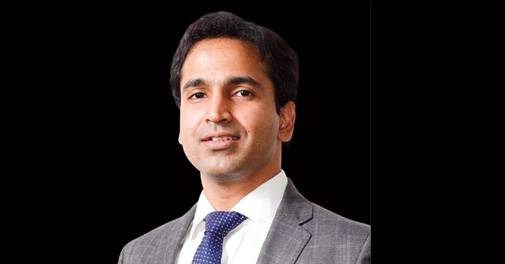 Most CEOs nowadays get one or two annual family vacations overseas, besides global insurance for family members. Increasingly, companies are also tying up with global medical chains, which allows top honchos and their family members to opt for treatment in any part of the world. "In many cases, the cost of children's education is also taken care of," he adds.

With increasing use of employee stock options, or ESOPs, and new type of salary components, CEOs need help with accounting and taxation. "Some companies are reimbursing the tax consultation fees," says Dutt. A large chunk of CEOs' incomes now comprise stock options and long-term performance-linked bonuses. "This could go as high as 200 per cent or more of the fixed component," says K. Sudarshan, Managing Partner, EMA Partners India.

Usually, ESOPs vest over time or according to performance, which means the CEO can exercise them after the company attains a profit or revenue milestone. Now, a third form is coming up - market discounts. "Other than the regular ESOPs, they allow CEOs to buy shares of the company with his or her own money but at a discount to the market price. This is becoming prevalent in Indian subsidiaries of multinationals," explains a head hunter.

Apart from stock options, commissions are also attractive and linked to financial metrics, so valuation-based earnings are gaining traction. "Wherever companies have constraints in issuing stock options, alternative structures like stock appreciation rights (SARs) and phantom options have been put in place," adds Sudarshan.

Professional CEOs at MNCs often receive global stock options, which don't have to be declared in India.

Earlier, perks were not taxable. "But in the last four to five years, they are being taxed highly, making them less preferred by companies," says Puri. So, instead, variable pay is gaining prominence. "The variable component in salary packages is going up and can be as high as 50-60 per cent in some cases," he adds.

The variable component typically includes bonus, share of profits, and stocks. "So, there is an upside for the CEO when the performance of the company is good. Linking perks with outcomes is a win-win for the company as it incentivises the CEO without hurting the company," says Puri of Executive Access.

While all CEOs seem to be living on a feather bed, the expatriate bosses seem to be getting the best deal. "Expats are hired with a lock-in period with term contracts as they are re-locating and their contracts cannot be terminated without enough protection clauses," says Puri. Dutt of Alexander Hughes says expatriate CEOs are also entitled to retirement fund contribution according to their home country pension scheme. For Tata Motors' Butschek, this amount is Rs 30 lakh per annum. "Indian companies bear the burden of contribution to retirement plans in their home countries and usually this is a significant amount. The companies pay this so that the employee does not lose that benefit in the home country," says Dutt.

Often, however, the line between official and unofficial perks gets blurred, especially when promoter executives are at the helm. "Family-owned companies with dominant promoter ownership and lower institutional holding tend to have fewer checks and balances. In such companies, sometimes, even if there are glaring excesses in salaries and incentives, it may not get highlighted," says Debanik Basu, Group Head, Institutional Investor Advisory Services India (IiAS), a proxy advisory firm.

In November 2016, market regulator Securities and Exchange Board of India (Sebi) issued a showcause notice to Ajay Bijli, Chairman and Managing Director of PVR. It alleged that Ajay Bijli and Sanjeev K. Bijli, Joint Managing Director, received significant share of profits when two private equity funds - Multiples Alternate Asset Management and L Capital - exited the deal. These agreements were not disclosed to shareholders. As directed in the Sebi consent order, the settlement was paid. A consent order allows settlement without admission or denial of guilt.

Over the years, regulations on perks and incentives given have been tightened, but before that happened it was not unusual for top executives to receive incentives unbeknownst to shareholders. For instance, in 2009, Religare Group gave BMW and Mercedes-Benz cars to its top managers across its companies.

Perks can extend to sharing revenue with or giving a boost to a sister company through related party transactions (RPTs). In 2014, Sajjan Jindal-owned JSW Steel moved a resolution seeking shareholders' approval to pay a substantial royalty to JSW Investments Private Ltd (JSWIPL) for using the 'JSW' brand. JSWIPL was nearly 100 per cent owned by Jindal's wife Sangita Jindal. In a report dated July 2014, IiAS had questioned this move: "The company has not explained what tangible benefits it gains from the use of the 'JSW' brand. Moreover, JSW Steel is one of the largest steel producers in the country - the business itself is fundamentally brand agnostic." The JSW management eventually received shareholders' nod.

Brand equity arrangements among companies of the same group are common enough, but what is important is how such arrangements are treated. "The Tata Group has a brand equity agreement with its group entities which caps the royalty payments at a specified percentage of revenues and profits. No royalty is charged from unprofitable companies. This arrangement works for two reasons: first, there is direct linkage with operational performance and second, Tata Sons already has a well-documented mandate and track record for brand building. For other groups, the reasons and benefits from these payouts are not so clear," explains Basu of IiAS.

While PE funds giving incentives to owners often happens in unlisted firms, the same practice in listed firms, if not known to shareholders, affects corporate governance. To keep a check, on July 3, 2017, the Sebi (Listing Obligations and Disclosure Requirements) Regulations, 2015, was amended. Under the new rules, no employee (including key managerial personnel, director or promoter) of a listed company could have compensation agreements without Board and shareholder approval.

There is also a need to restructure Nomination and Remuneration Committees (NRCs). In the current structure, family owners can vote on their own compensation. Although an NRC has at least three non-executive directors and the Chairperson has to be an independent director, the latter often owes allegiance to the owners. "The presence of the promoter as a member of the committee by itself limits the committee's ability to be brutally objective. One way to prevent this is to ensure that the NRC has directors who have no association with the executive members," suggests Basu of IiAS.